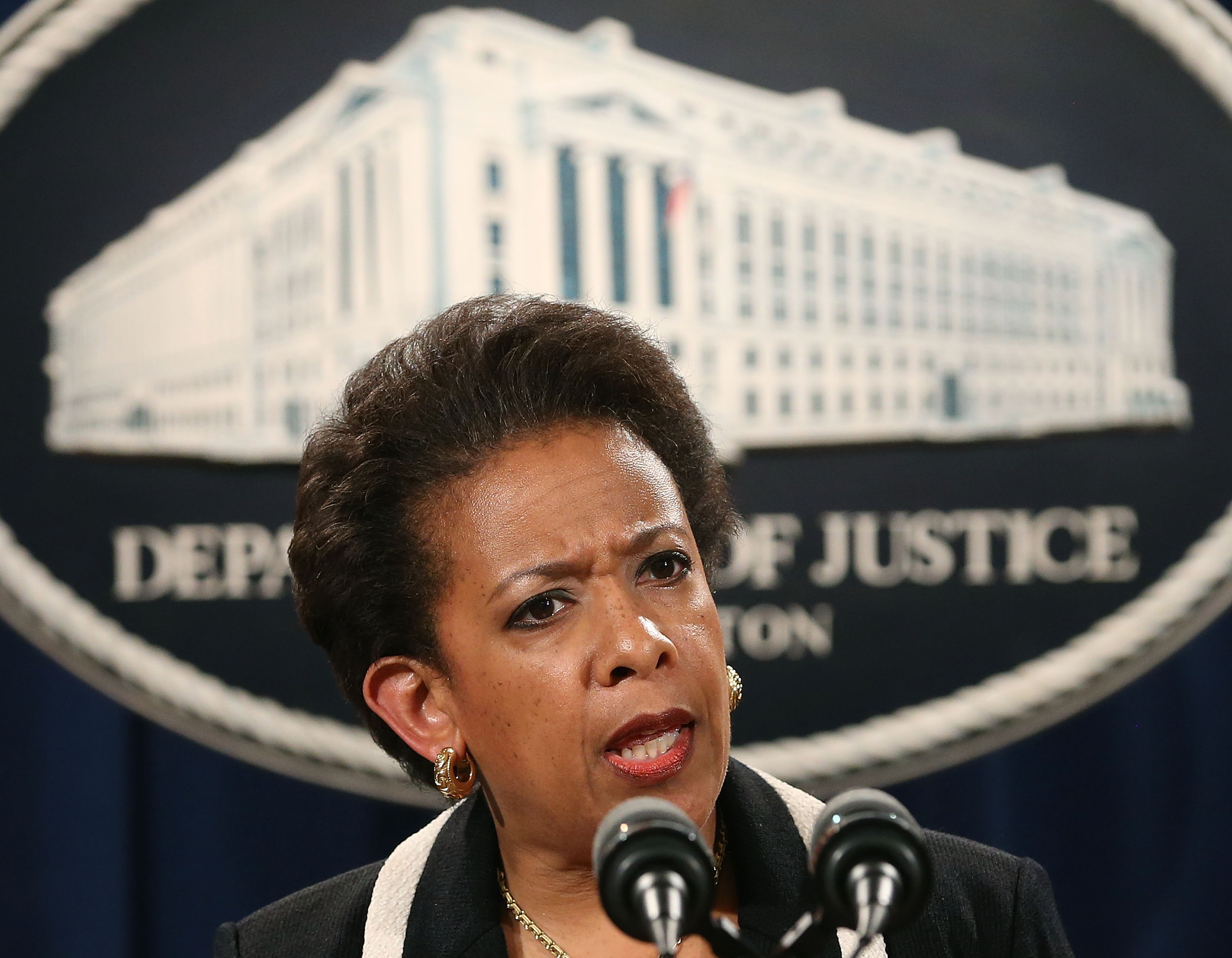 "At this point we're going to review all the information and determine what steps, if any, to take at the appropriate time," Lynch told reporters when asked about the videos Wednesday afternoon. The top Justice official said she was aware of "some inquiries that have been made" for the department to step in.

The videos show top Planned Parenthood officials meeting with anti-abortion actors posing as potential buyers of intact fetal specimens. The conversations in the edited videos focus on how much money the buyers should pay. Federal law prohibits the sale of fetal tissue for profit.

Congressional Republicans have called for a federal probe into Planned Parenthood, which they say may have broken laws in efforts to provide fetal tissue to researchers.

"The disturbing facts revealed in this video raise the question whether the employees of a federally funded organization have violated federal law by engaging in the transfer of human fetal tissue for profit," Sen. Mike Lee, R-Utah, said in a letter, signed by ten other Republicans, to the Departments of Justice and Health and Human Services.

Dozens of other Republicans, joined by Democratic Sen. Joe Manchin of West Virginia, sent another letter urging HHS Secretary Sylvia Burwell to cooperate with any investigations.

Democrats, meanwhile, are also calling for a federal investigation that would determine whether The Center for Medical Progress, the anti-abortion group that released the videos, engaged in illegal activity when posing as a fake research company in order to speak with top level Planned Parenthood officials.

"This is a new low, even for anti-abortion activists who will stop at nothing in their effort to undermine a woman's right to choose," Rep. Jan Schakowsky, D-Illinois, said in a statement Wednesday. "I believe the Center for Medical Progress may have broken the law in developing and executing this unbelievably elaborate and troubling scheme, and all Americans should have concerns about that. I hope that Attorneys General Lynch and Harris will investigate this case."