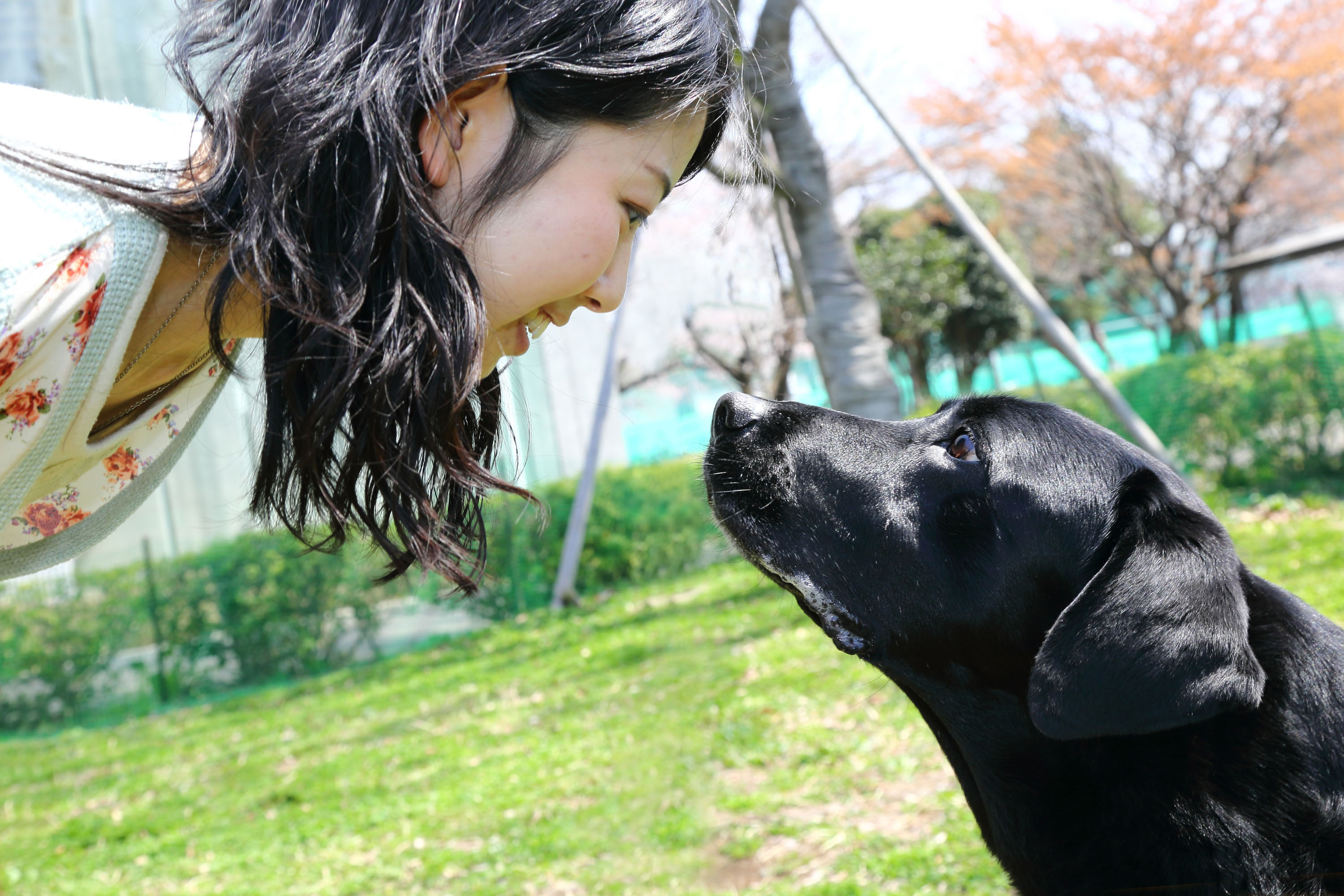 Dog owners often talk about their pets like they're part of the family. In fact, it often seems as though the family pooch is seen as another one of the kids. Now, scientists have found that the connections between humans and their dogs have the same biochemical basis as the mother-child bond, and it's strengthened by the same thing: a loving gaze.

A new study in Science led by Takefumi Kikusui, an animal behaviorist at Azabu University in Japan, carried out a series of experiments that examined the impact of the gaze in the dogs and their owners and found that those puppy dog eyes are even more meaningful than we thought.

"Our data suggest that owner-dog bonding is comparable to human parent-infant bonding, that is, oxytocin-mediated eye-gaze bonding," Kikusui said. "And this is surprising to us because there is not a reproductive relationship between human and dogs, but both of them have acquired similar skills. "

Oxytocin is a hormone associated with trust and maternal bonding - it increases when you're close to someone you love and gives you that warm fuzzy feeling.

The researchers found that when owner's and their canine charges gazed into one another's eyes during a 30-minute period, levels of oxytocin (measured in their urine) increased in both the humans and the dogs. And when oxytocin was administered to dogs, it increased the amount of time that female dogs - but not males - gazed at their owner.

Kikusui said he believed the gaze was acquired by dogs as part of their efforts to communicate and form social bonds with humans.

"Eye gaze from human to animals is usually threatening, not affiliative," he said. "We speculated that some small population of ancestor of dogs show an affiliative eye gaze toward humans, due to the change in the temperament. In this process, we agree that there is a possible that dogs cleverly and unknowingly utilize a natural system meant for bonding a parent with his or her child."

Scientists have a good idea how dogs became domesticated, turning up at some of the first human settlements to take advantage of the left over bones. But to really embed themselves in human society, Kikusui believes dogs used their gaze to win over the hearts and minds of those early humans.

The latest studies have shown that dogs likely evolved from wolves about 15,000 years ago in Europe, though previous studies have put that date further back to around 30,000 years ago, when humans were hunter-gatherers.

Interestingly, Kikusui didn't find the same oxytocin response in wolves and their owners. "These results suggest that wolves do not use mutual gaze as a form of social communication with humans, which might be expected because wolves tend to use eye contact as a threat," the researchers wrote.

Dogs are known to be particularly good at reading their owners moods and that they exhibit a trait known as gaze following - essentially following the actions of humans - much as an infant or child might do.

Duke University's Evan MacLean and Brian Hare, in an article accompanying the Science study, said dogs have proven much more adept at reading human social cues than even chimpanzees or great apes.

"Inspired by developmental psychologists studying human infants, comparative psychologists began studying family dogs. It quickly became apparent that dogs have much more to tell us about cognition, and ourselves than they might have imagined," they wrote. "This is particularly true when it comes to how dogs understand the social world. Even as puppies, dogs spontaneously respond to cooperative human gestures, such as pointing cues, to find hidden food or toy rewards."

In a bid to bond with their new neighbors, MacLean said dogs might have come to recognize the importance of the gaze between parents and their children and then saw how that helped them build a similar relationship.

"One fun evolutionary scenario might be dogs find a way to basically hijack these parenting type responses," MacLean said in a Science podcast. "Over time, dogs may have taken more and more sort of childlike and juvenile characteristics to further and further embed themselves into this parent-child kind of framework."

Nicholas H. Dodman, director of the animal behavior clinical at Tufts University, questioned whether the gaze alone was the reason dogs and humans bonded thousands of years ago. He said it was more likely the juvenile characteristics exhibited by dogs won over mankind, noting that other interactions between human and dogs such as petting have also shown to result in elevated levels of oxytocin.

"The look is part of the package but it's not the sole reason why we chose dogs," he said.

But the bonding isn't all the dogs' doing.

MacLean said dog owners play their part, noting that one study found that participants responded very similarly when shown pictures of their dogs as they would their children. Owners are famous for treating their dogs like members of the family, doting on them, talking to them in child-like voices and even dressing them in special doggy outfits.

MacLean said he felt the Japanese study reinforces the idea that the human-dog relationship is like a parent-child relationship and could help explain the biological mechanisms that are involved in the use of dogs in therapy to treat everything from autism to post-traumatic stress.

"If it turns out there are benefits of administering oxytocin for some of these disabilities, using assistance dogs may actually be a fairly natural way to stimulate the system," he said. "There may be some sort of medicinal properties of our interaction with dogs that we could use."