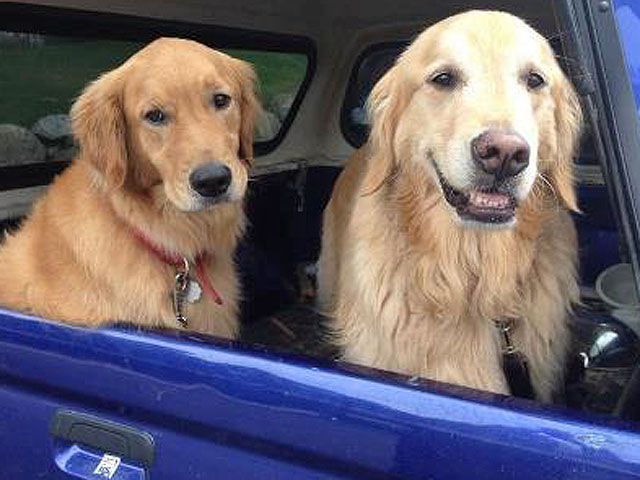 SANDWICH, Mass. A golden retriever who was trapped with his brother for two weeks in the woods on Cape Cod managed to find his way back home and lead his owner back to his sibling, CBS Boston reported.

Baxter and Bailey were tied together with a double leash in front of their owner's Sandwich, Mass., home when they got loose on Sept. 26.

Owner Penny Blackwell put up flyers and appealed for help on Facebook, but after two weeks passed with no sign of the dogs, she began to lose faith that she would find them.

"I had pretty much given up hope that they were going to come home," Blackwell said.

Then, when Blackwell was out of town on business, she received a text message from a friend saying one of the dogs had been found. A family who had seen Blackwell's Facebook posts spotted Baxter wandering near their home.

And when Blackwell took Baxter back to where he'd been found, the golden retriever seemed to be on a mission to save his sibling.

"Baxter kind of led me off the side through the woods. I had twigs in my eyes and leaves in my hair," Blackwell said.

The dog led his owner right to Bailey, whose leash had become ensnared in bushes.

The dogs each lost 8 to 10 pounds while they were missing but are otherwise in good health. And their owner is grateful to have them back.

"Baxter's a hero for taking me there," Blackwell said.