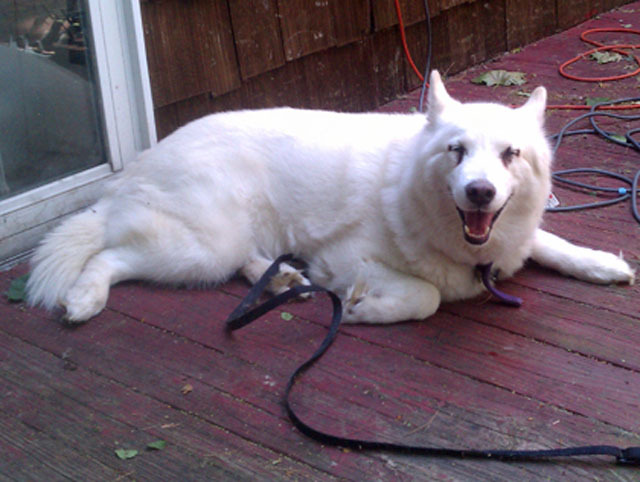 A New York dog whose owner was hospitalized became so forlorn without his human companion that he ran away from home to find his friend, CBS New York reported.

"My wife had told me the dog is moping around," Dolan told CBS Radio WCBS 880. He said his wife noticed Zander curling up on his bed and howling.

Zander's loneliness was apparently too much to bear. After sneaking out of the house, he took off on a two-mile journey to Dolan's hospital in West Islip.

"It's not just houses. We're in an area where there's a nature reserve there," Dolan said, noting Zander had to cross a highway and a stream to get to the hospital.

A hospital employee found the dog and called the number on his collar; Dolan, lying in a hospital bed, picked up.

Animal behaviorists said Zander's olfactory receptors may have helped him make the two-mile trek. Dogs like Zander have 200 million to 300 million scent glands, while humans have just five million.

"Some of them seem to have a special human-animal bond that leads them that way, whether it's a sixth sense," said veterinarian Dr. John Charos.

Experts also said research indicates dogs can act on their depression - a theory Dolan agrees with.

Dolan's wife retrieved Zander, and when Dolan was released from the hospital, he played with his four-legged friend for hours.