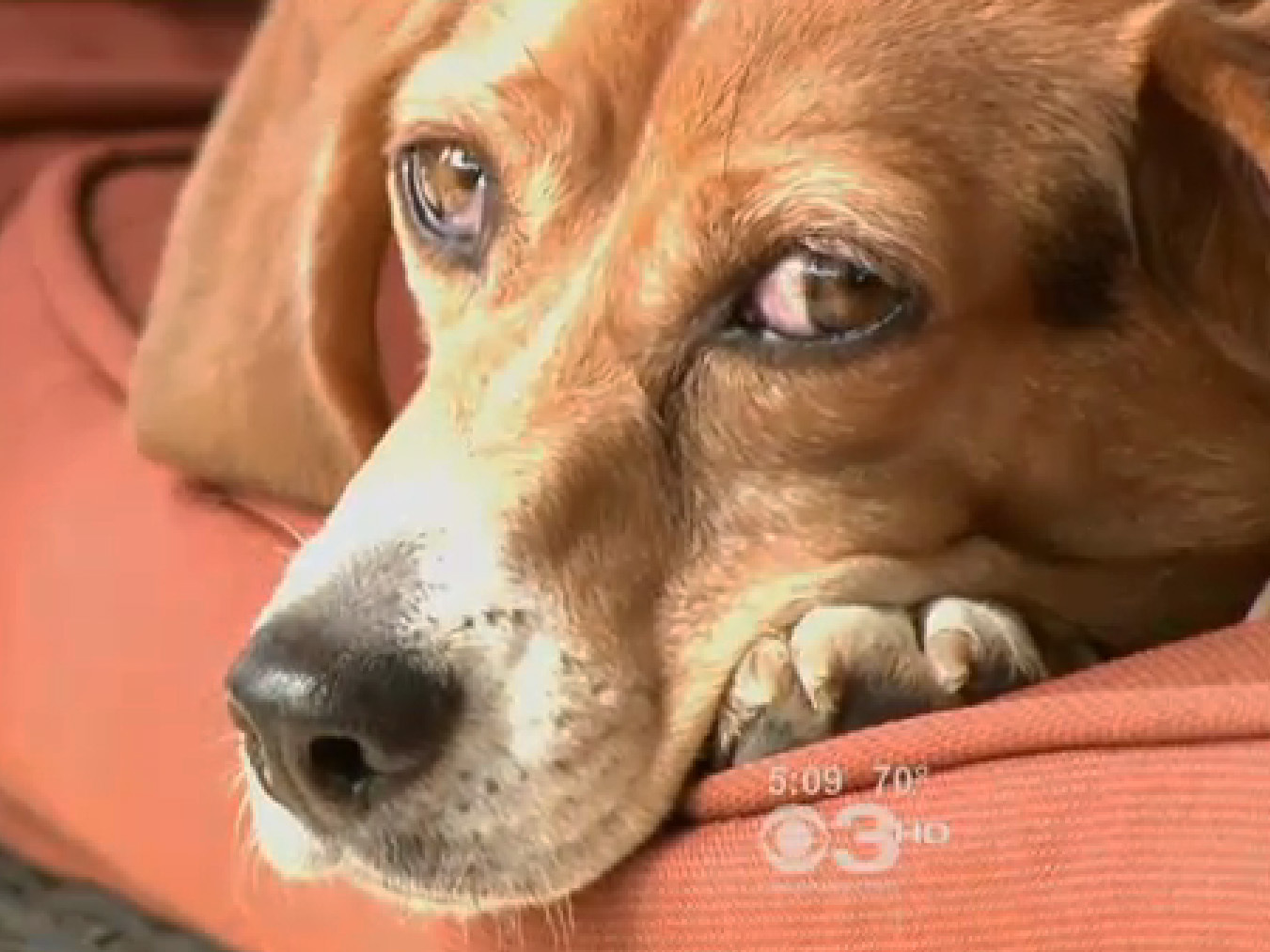 (CBS/AP) BURLINGTON TOWNSHIP, N.J. - A beagle who jumped 70 feet off a New Jersey bridge has survived with only minor bruises.

Seven-year-old Brandi got away from her owner, Robert Lorenz, during a walk along the Burlington Riverfront Promenade Friday night.

His wife, Alexis Lorenz, told The Courier-Post of Cherry Hill he returned one hour after he set out on the walk with their two beagles, panicking. The two began to scour the area by the riverfront by foot and car for hours unsuccessfully.

Bittner tells The Courier-Post he turned on his emergency lights to slow traffic and followed the dog. Bittner says Brandi was doing fine until she got to the top of the span and her paws felt a steel grate.

The officer says Brandi jumped into the Delaware River as motorists tried to grab her.

"She went in," Bittner said. "We immediately started looking over into the water. She was swimming and made it to the shoreline.

The beagle's owner recovered her after a long night of searching and took her to a veterinarian. Brandi was bruised around the abdomen, but didn't have any broken bones. The owners added to that Brandi was a rescue dog who was skittish around people she didn't know because of her past experiences.

Alexis said the dog has a new nickname: Leaping Licker. She also has a brand new harness so she can't get lose again.