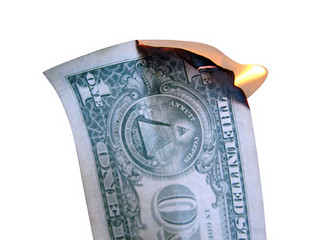 (MoneyWatch) A couple of years ago, we took a look at data related to the "sell in May" investment legend. The theory is that you should sell stocks at the beginning of May and then buy them back at the end of October. Follow this strategy, goes the fable, and you'll reap profits beyond what the average buy-and-hold investor will receive. Just like most other investment legends, this is one that's much more myth than fact. We illustrated this a couple of years ago, but we thought it would be good to take another look.

Why does this myth persist?

However, there was still an equity premium during this time period. As mentioned above, the average monthly return to stocks for the months May through October was 0.74 percent. From January 1926 through March 2012, the average monthly return for 30-day U.S. Treasury bills was 0.29 percent. If you follow this strategy, you have to put your money somewhere safe (such as T-bills) when you get out of stocks. But because stocks still outperformed Treasury bills even in the "worse-performing" months, an investor would ultimately lose out by following this strategy.

Another possibility is that purveyors of this myth looked at the data using different starting points. See below for annualized returns of "buy and hold" versus "sell in May" starting in different decades:

The moral of this story is that you should consult both the academic literature and the historical evidence before implementing any investment strategy, even one that has become accepted as the "conventional wisdom." In this case, we learned that while certain time periods produce better investment returns than others, that doesn't mean it's something you can profit from.