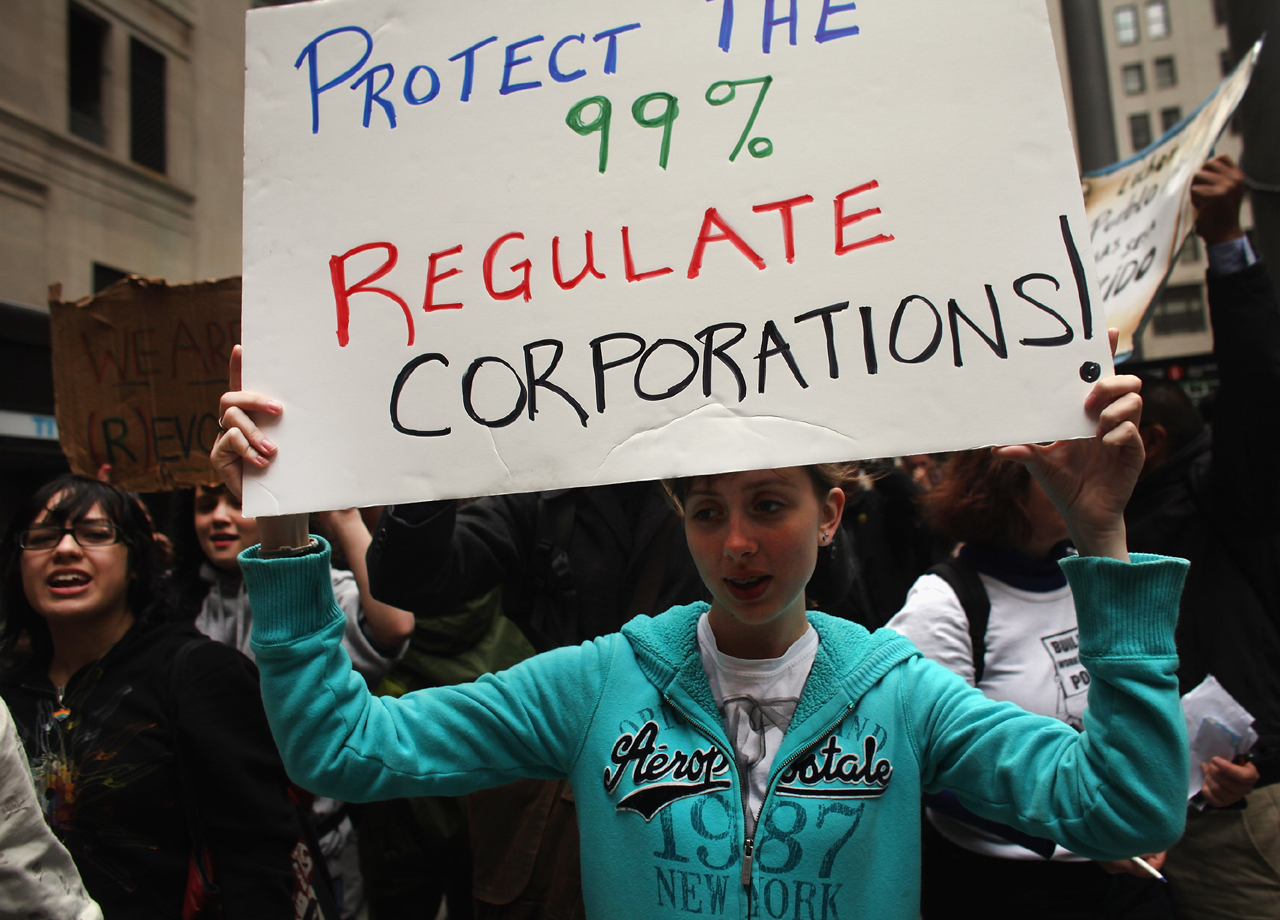 Occupy Wall Street protesters have been camping out in cities and parks around the country for nearly a month. They are expressing the frustration of those who feel angry that the people who helped create the economic mess - killing jobs and diminishing the well being of the middle class - are prospering today.

They have an ally in former President Bill Clinton, who said during an appearance on David Letterman Wednesday, "The country is not working for ordinary folk."

Polls suggest that blaming Wall Street and the super-rich is resonating. That's due in part to the simple fact that while many Americans have struggled, the rich have gotten richer - CEO pay increased 300 percent since 1990, while average hourly earnings (adjusted for inflation) have been stagnant for the last 50 years.

Critics complain that the protesters aren't articulating specific demands to resolve the imbalance and injustices they cite, and note the diversity of concerns among the protesters. A unified vision is nearly impossible because the protests are intentionally bottom up: The Occupy Wall Street website (occupywallst.org) says that the movement is a "leaderless resistance movement with people of many colors, genders and political persuasions." Still, the site says, "the one thing we all have in common is that We Are The 99% that will no longer tolerate the greed and corruption of the 1%."

Speaking about Occupy Wall Street, Mr. Clinton offered a far more charitable take than Krauthammer -- though he did say the movement needs to mature.

"I think that, on balance, this can be a positive thing, but they're going to have to transfer their energies at some point to making some specific suggestions or bringing in people who know more to try to put the country back to work," he said.

That may not be such a bad idea. The movement has already had a significant cultural impact despite lacking a specific platform or high-profile leader, but at some point it will need to evolve. On the most basic level, after all, a symbolic protest against "Wall Street" isn't going to bring about systemic changes to prevent another economic catastrophe.

And it is in Washington D.C., not New York, that those systemic changes can be most easily made. That's where the elected officials have been unable to agree on ways to put people back to work or tame the financial industry, which got away with a wrist-slap after the mortgage crisis nearly brought down U.S. economy.

But perhaps there's a reason the New York-based protests have garnered the country's attention even as D.C.-based protests are largely ignored. And that, quite simply, is that money talks. Wall Street is tightly bound to Washington DC, pouring millions into the campaign funds of lawmakers while lobbyists on K Street currying favor for special interests. A June 2011 CBS News poll found that just 13 percent of Americans feel representatives in Congress are primarily interested in serving the people they represent, while 80 percent believe members are primarily interested in serving special interest groups.

At the peak the financial crisis in 2008, financial firms contributed nearly $470 millon to federal campaigns and candidates, according to the Center for Responsive Politics. So the Occupy movement's decision to focus on the wealthy and special interests makes a lot of sense. At some point, however, it would seem necessary to try to figure out how to translate anger into change -- perhaps by calling for serious campaign finance reform, something that could lessen the impact that special interests have on legislation. Laws, after all, are made in Washington DC, not Zuccotti Park.