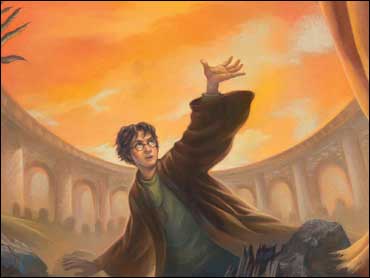 That diagnosis comes from Fred Sheftell, M.D., and colleagues. Sheftell works in Stamford, Conn., at the New England Center for Headache.

Harry's migraine headaches happen when the evil Lord Voldemort is nearby, and they strike in the area of Potter's head where he has a scar in the shape of a lightning bolt, note Sheftell and colleagues.

Sheftell and colleagues aren't trying to make light of migraine headaches. Instead, they're using Potter's case to build awareness of migraines and other headaches.

"That even a young male Wizard has recurrent disabling headache is a reflection of the wider problem of headache in children and adolescents," the researchers write.

Is their diagnosis correct? The researchers note that migraines may be passed down genetically, but little is known about Potter's birth parents.

Headaches can also be connected to other illnesses, but so far as Sheftell's team knows, Potter is otherwise healthy.

Of course, all that may change when the final Harry Potter book is published later this month. Meanwhile, the details of Potter's diagnosis appear in Headache, the journal of the American Headache Society.