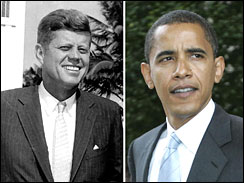 One of the great blessings of my life is that my 91-year-old father, who I dearly love, lives in the apartment building next door. After 66 years of marriage, he's been living alone since my mother's death last March. He is still sharp as a tack, as he might say.

I took him to the last game of this year's World Series at Yankee Stadium and he remembered the score of the only other World Series game he had ever attended: 9-5, New York Yankees over the Brooklyn Dodgers, in 1953. He reads the paper from front to back and can hold his own in any discussion. He comes over for dinner frequently, sitting around the kitchen table and eagerly participating in family discussions.

He insists on washing the dishes - a skill that he hid from my mother for most of their marriage. He has a delicious relationship with my two sons, waiting on the park bench for them as they walk home from school. He and my wife rendezvous for afternoon movies and popcorn. He's an integral part of our lives, still teaching me about life all these years later.

Should a life-devastating medical calamity strike him, he has made his wishes perfectly clear to me. But what about the huge middle ground? What if I think he's losing his ability to live independently but he doesn't agree with me? That's where gut-wrenching decisions often arise. For this week's CBS Doc Dot Com, I discuss tough questions like these with Joshua D. Schor, M.D., an expert in geriatric medicine and author of "The Nursing Home Guide." His extremely practical book addresses such topics as: