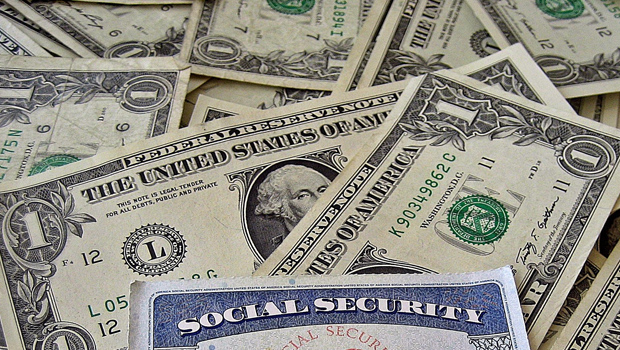 (MoneyWatch) Since we're in political sound-bite season, let's address a misconception that's often repeated by pundits and political candidates alike: Congress raided the Social Security trust fund and spent it on their own pork-barrel projects.

The truth is that in prior years, Social Security taxes collected from workers added up to more than the amount of benefits paid to retirees. This buildup of surplus was intentional -- the government wanted to build a reserve that would cover the benefits of the baby boomers. This surplus has been invested in special U.S. government bonds that are legally obligated to pay the stated rate of interest, and then repay the principal when they mature, according to the terms of the bonds.

These special bonds are just part of the funding of the overall federal government, and the assets in the Social Security trust fund represent about 15 percent of the government's total debt. This process has taken place in full view of anybody who cared to learn about it. There have been no smoke-filled rooms where politicians sat around divvying up the earmarked money in the Social Security trust to finance their pet projects.

So did Congress spend our Social Security taxes? Of course. They spent this money on all the various operations of the federal government, with a large chunk going to pay for Social Security benefits, Medicare and the military. Some people get worked up when they hear about the obscure projects that they deem to be worthless, but such spending represents a tiny fraction of the overall federal budget.

Should we care that Congress spent the money? No! When you buy any investment, like a stock or a bond, the entity that issues it usually spends the money you paid for that stock or bond. When you buy a corporate bond, for instance, the issuing corporation spends the money on equipment, advertising, computers, salaries and any aspect of the business that needs money. The same goes when you buy newly issued stock of a corporation -- it spends the money on the business. If you invest in state and local government bonds, these governing entities spend the proceeds on roads, sewers, salaries and the general operations of the government that issues the bond.

What any bond investor should really be concerned about is the ability of the issuing entity, whether a corporation or government, to pay the stated rate of interest and repay the principal when it matures. With the special U.S. government bonds held by the Social Security trust fund, we should be concerned whether future taxpayers can make good on the interest and principal payments when they come due, or if future bonds can be sold to pay the principal of the maturing bonds.

If the federal debt gets too big, then we might indeed be justified in worrying about the ability of future taxpayers to make good on the special bonds in the Social Security trust fund. So the real issue is the growing level of overall federal debt and whether it can be repaid by future taxpayers. Spreading misleading claims about Congress raiding the Social Security trust fund and spending our taxes just distracts everybody from the real issues. Our leaders need to focus on reducing the budget deficit by reducing spending and raising taxes, so we can feel more confident that those U.S. government bonds will be repaid.