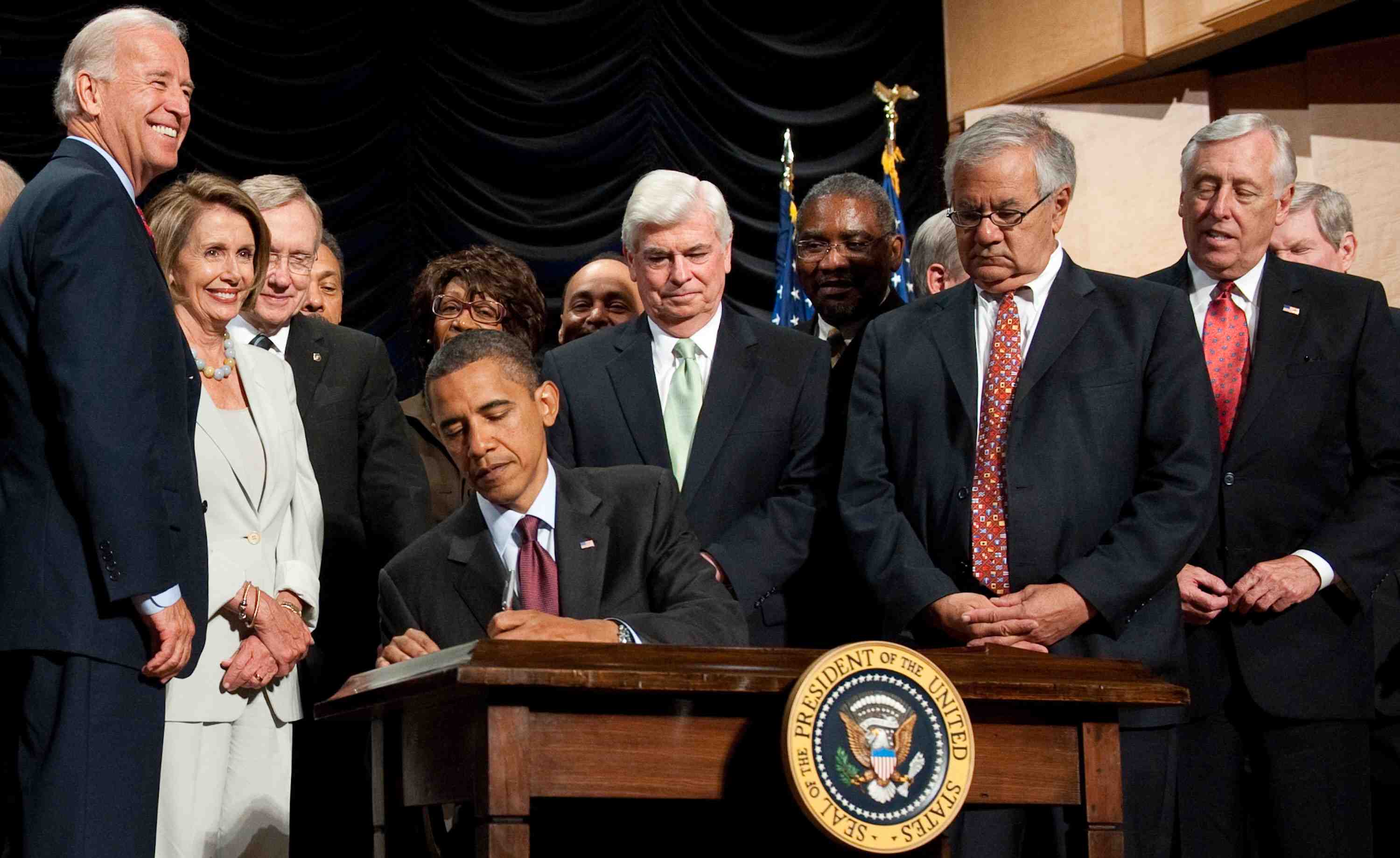 It is perhaps no surprise that former senator Chris Dodd believes the financial reform law that bears his name is, as it turns 5-years-old, doing what it was meant to do.

"People have forgotten about just how bad it was with $13 trillion of national wealth disappearing, 5 million homes in foreclosures and millions of jobs lost," Dodd said in alluding to the economic collapse that followed the 2008 housing crash. "Today, the economy is doing substantially better and, unlike what we are seeing with Europe and Greece, the U.S. taxpayer is no longer on the hook for having to bail out the banks again."

In the aftermath of the global financial crisis, the U.S. undertook the most comprehensive overhaul of its financial sector since the Great Depression. The "Dodd-Frank Wall Street Reform and Consumer Protection Act," also named after former Rep. Barney Frank of Massachusetts, aimed to strengthen the nation's financial system, preclude another bank bailout by taxpayers, and protect consumers from the kinds of rapacious lending and investment practices that shook the American economy to its core.

It also sought to bring the "shadow banking" system, including a multi-trillion dollar derivatives market largely shielded from regulatory oversight, into the light. In addition, regulators gained the authority to "resolve" big banks.

It proved a monumental challenge. The bill's length, at more than 2,000 pages, reflects not only the complexity of a financial system that had largely been clear-cut of regulations over the previous three decades, but also the many trade-offs and concessions necessary to lead Dodd-Frank through Washington's lobbyist-infested waters.

Is Dodd-Frank, which President Obama signed into law on July 21, 2010, working? Did it, as the White House maintains, hold Wall Street accountable for the damage the nation's largest financial institutions inflicted on the economy? Or did Dodd-Frank paper over the cracks, offering a false sense of security as new risks hide in the banking system's ill-lit corners?

It depends who you ask.

Dodd, now the chair and CEO of the Motion Picture Association of America, says the legislation forced banks to ratchet down risk, stash enough capital away to offset potential losses, and effectively erected a firewall between taxpayers and the financial sector.

"I had one senior banker who called me and told me he was a better banker because of my bill," he said.

Boosters like Dodd point to the creation of the Consumer Financial Protection Bureau as one way the law has improved the financial system. Since opening its doors in 2011, the federal agency has secured $10 billion dollars in relief for 17 million consumers victimized by everything from predatory lending to mortgage fraud.

"We are significantly better off today than we had been because the Wall Street gambling machine has been shut down," Dennis Kelleher, CEO of Better Markets, non-profit focused on improving the financial system.

As far as the financial sector's stability, the number of outright bank failures has declined dramatically, from 140 in 2009 to just 18 last year. Big banks are profitable and better capitalized.

Yet Goliaths such as Bank of America (BAC), Citigroup (C), Goldman Sachs (GS), JPMorgan Chase (JPM) and Wells Fargo (WFC) are also even more dominant today as measured by their share of financial assets than before the crash. Experts such as Stanford University economist Anat Admati warn that Wall Street firms remain on shaky ground because they continue to finance their business primarily with debt, rather than equity.

Such companies, adjudged "too big to fail" during the financial crisis, also remain at the center of multi-billion dollar scandals ranging from the manipulation of interests rates to the illegal fixing of foreign currency markets.

In 2012, for example, the disclosure by JPMorgan that its London office had lost billions of dollars through a series of credit default swaps raised fresh questions about the vulnerability of the international banking system.

So for all the fine print, did Dodd-Frank actually change the underlying culture at the biggest banks?

William Black, a professor of economics and law at the University of Missouri, doesn't think so. Black had an extensive career as a banking regulator, including helping to lead the prosecution of bankers implicated in the savings and loan crisis in the 1980s.

Black says Dodd-Frank "failed to remove the perverse incentives of modern executive and professional compensation" on Wall Street. The law also didn't whittle big banks down to a size where "they no longer will cause a global systemic crisis when -- not 'if' -- the next one fails."

A key requirement of Dodd-Frank was that the nation's biggest banks provide regulators with a plan for going out of business without taking down the broader economy. Last summer, the so-called "living wills" for 11 of the banks were rejected by FDIC vice-chair Thomas Hoenig, who said the companies hadn't shown they could unwound without government intervention.

While big banks have retained their dominance, the community banking sector -- which largely avoided the risky trading strategies that crippled big banks -- has continued to shrink. Local lenders' share of the nation's banking assets has fallen from over 40 percent in 1994 to around 20 percent today, according to researchers at the Harvard Kennedy School.

Meanwhile, while Dodd-Frank is the law of the land, it continues to lack many of the rules needed to give federal statute its bite. According to the American Action Forum, a center-right think tank, only 60 percent of Dodd-Frank's nearly 400 regulations have been finalized, with the rest in draft or yet to be proposed.

"Wall Street's lobbying has slowed down its implementation," Kelleher said.

As part of fiscal negotiations last year to avoid a government shutdown, for instance, Congress insisted on repealing Section 716 of Dodd-Frank. Section 716 required banks to keep their riskiest credit default swaps -- essentially, insurance on securities -- in separate subsidiaries that were not linked to the part of the bank that is not insured by the FDIC.

While Wall Street critics assail what they see as Dodd-Frank's failure to defuse big big banks, the financial industry also finds plenty to grouse about. A major, if standard, complaint centers on the costs and complexity of complying with the law. Bankers also contend that the regulations and rule-making process have slowed the economic recovery, claiming that banks are focused more on compliance than on lending.

"Pre-Dodd-Frank, it used to be that banks' No. 1 concern was, 'What does the customer think'? Now the No. 1 concern is what does the regulator think," said Wayne Abernathy, executive vice president with the American Bankers Association.

"The banking industry is much more stable and financially secure. Capital levels are at historic highs," he added, but "banks that were a major engine for economic recovery have been treading water."

Such disagreement over Dodd-Frank's impact makes at least makes one thing clear -- five years on, it remains very much a work in progress.

The 22 most dependable airlines in the world