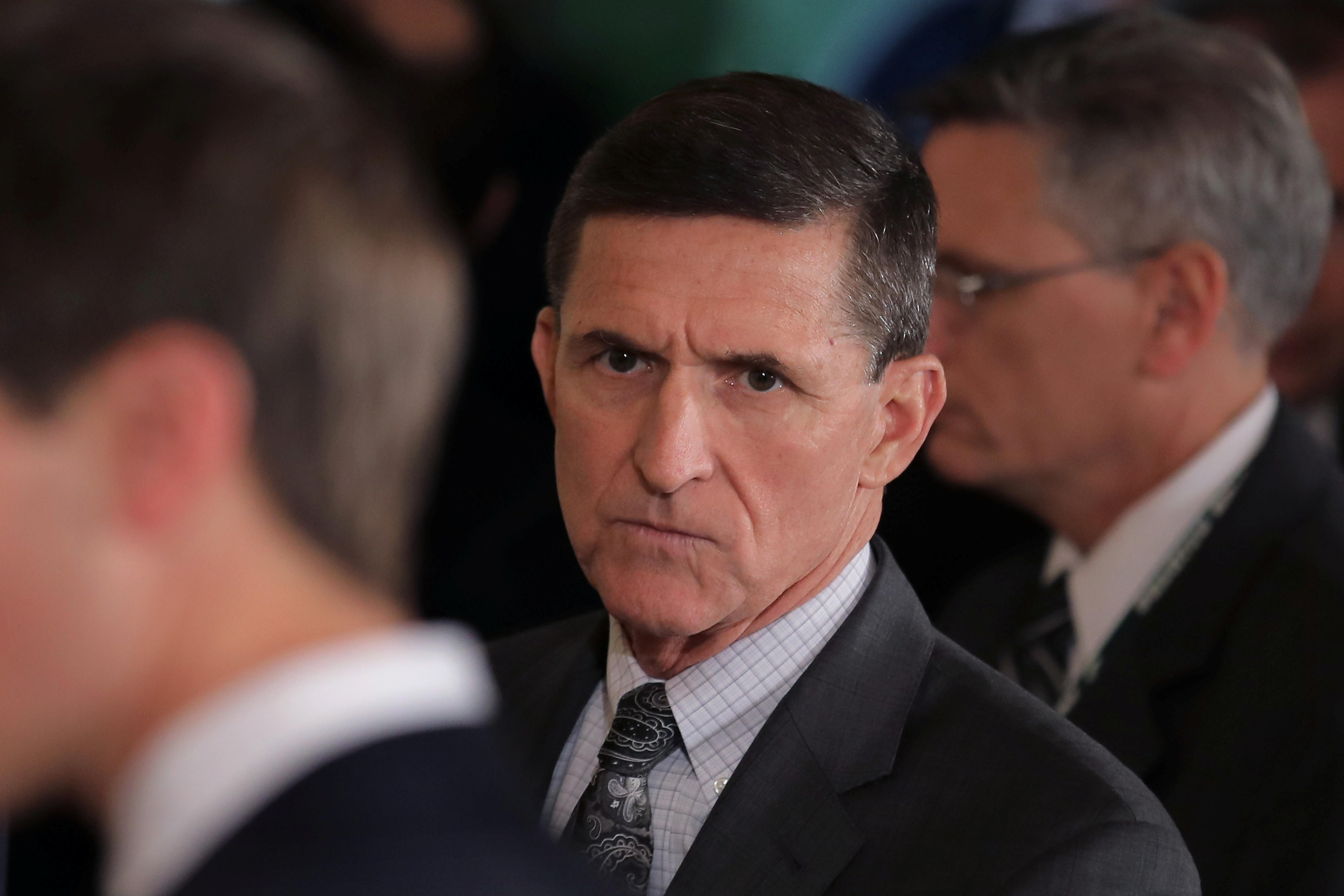 WASHINGTON -- Former national security adviser Michael Flynn was paid more than $67,000 by Russian companies before the presidential election, according to documents released Thursday by a Democratic congressman.

Rep. Elijah Cummings of Maryland asked the Trump administration to provide a comprehensive record of Flynn’s contacts with foreign governments and interests.

Flynn accepted $33,750 from Russia’s government-run television system for appearing at a Moscow event in December 2015 - a few months before Flynn began formally advising President Donald Trump’s campaign - and thousands more in expenses covered by the network and in speech fees from other Russian firms, according to the documents.

Flynn’s financial relationship with the RT network may violate a constitutional provision against gifts from foreign governments, said Cummings, who released documents obtained during the House Committee on Oversight and Government Reform’s inquiry into Flynn’s activities before Trump appointed him to become national security adviser.

In addition to the record of Flynn’s foreign contacts, Cummings, the senior Democrat on the committee, also asked the Defense Department to compel Flynn to pay the money he received to the U.S. government.

“I am writing to request information about whether Gen. Flynn fully disclosed- as part of the security clearance and vetting process for his return to government- his communications with Russian agents, Turkish agents and other foreign agents, as well as his payments from foreign sources,” Cummings wrote. Last week, Flynn registered with the Justice Department as a foreign agent whose lobbying work may have benefited the Turkish government. The lobbying occurred before Election Day, from August to November, during the period when Flynn was Trump’s campaign adviser.

Trump fired Flynn as national security adviser last month, saying the former U.S. Army lieutenant general misled Vice President Mike Pence and other White House officials about his conversations with Russia’s ambassador to the U.S. Flynn’s ties to Russia have been scrutinized by the FBI and are part of House and Senate committee investigations into contacts between Trump campaign officials and Russians.

The newly-released files show that RT - designated by the U.S. intelligence community as a propaganda arm for Russia’s government - also paid for luxury hotel stays and other expenses incurred by Flynn and his adult son, Michael Flynn Jr., during the Moscow trip.

Flynn, who was fired in August 2014 as chief of the U.S. Defense Intelligence Agency, sat next to Russian President Vladimir Putin during the climax of the televised RT gala.

Cummings said Flynn’s acceptance of payments from RT violated the emoluments provision of the U.S. Constitution, which prohibits retired military officers from accepting gifts from foreign powers. RT identifies itself as an independent news network, but a report by U.S. intelligence agencies made public in January said RT has long been considered by the U.S. government to be a Russian propaganda arm.

In letters sent to Trump, Defense Secretary James Mattis and FBI Director James Comey, Cummings said Flynn “violated the Constitution by accepting tens of thousands of dollars from an agent of a global adversary that attacked our democracy.” Cummings was referring to the intelligence agencies’ conclusion that Russia instigated cyber-hacking of Democratic party officials and organizations in the months before the presidential election.

The Defense Department has said retired military officers are covered by the emoluments clause because they could be recalled to military service. The department has also noted that the prohibition on accepting foreign gifts includes commercial groups controlled by foreign governments or others “considered instruments of the foreign government.”

A Flynn spokesman said Flynn informed the DIA before he went to Moscow and after his return. Price Floyd, a spokesman for Flynn, said that “as many former government officials and general officers have done, Gen. Flynn signed with a speakers’ bureau and these are examples of that work.”

DIA spokesman Jim Kudla said Thursday that Flynn did report to the agency in advance that he was traveling to Moscow “in accordance with standard security clearance procedures.”

Separately, the Army is looking into the matter of Flynn’s reporting and compensation, but has found no answers yet, according to spokesman Col. Pat Seiber.

Emails indicate Flynn initially asked for a higher fee than the $45,000 paid to his speakers’ group, Leading Authorities Inc., but was asked to reduce his price. Flynn’s take from RT was ultimately $33,750 after Leading Authorities received its commission.

“If Gen. Flynn is coming, we would like him to be front and central at the Moscow conference,” an RT official told Flynn’s representatives in a November 2015 email. During his Moscow stay, Flynn was interviewed by an RT personality on national security affairs before attending the lavish RT gala with Putin.

In an addition to the RT payments, Flynn was also paid $11,250 for two speeches in Washington - one in August for Volga-Dnepr Airlines, a Russian charter cargo airline, and a second, in September, for Kaspersky Government Security Solutions Inc., a U.S. subsidiary of Kaspersky Lab, a Russian-based cybersecurity firm.

Flynn and his son also received an unspecified amount in expenses paid by RT for business-class flights to and from Moscow and for their three-day stay at the Hotel Metropol. RT representatives said the stay offered tours of the Kremlin, RT headquarters, the Bolshoi Theater and art museums. Another attendee who took part in some of the tours told The Associated Press they did not see Flynn at those events.

Cummings said he has given the Trump administration, the FBI and the Defense Department until April 7 to produce documents related to Flynn’s contacts with foreign nationals and any documentation of funds he received from foreign sources.

Cummings also asked for documents about Flynn’s security clearance over the past 10 years. They include how Flynn answered questions about his contact with foreign nationals, his work for foreign governments and businesses, and any international real estate holdings.

The release of the documents comes one week after Flynn and his firm, Flynn Intel Group, registered with the Justice Department as foreign agents whose lobbying work may have benefited the government of Turkey.

The registration involved $530,000 worth of lobbying that Flynn’s firm performed for a company owned by a Turkish businessman. In that filing, Flynn acknowledged the lobbying on behalf of the company, Inovo BV, “could be construed to have principally benefited the Republic of Turkey.”

The AP reported last week that while Flynn was under consideration for the top national security post, his attorneys informed the presidential transition team that it was likely he would have to register as a foreign agent. After Flynn was appointed, his attorneys then notified the White House counsel’s office that a filing was imminent.

The White House initially said it had no recollection of the second discussion but later acknowledged such a contact had occurred.