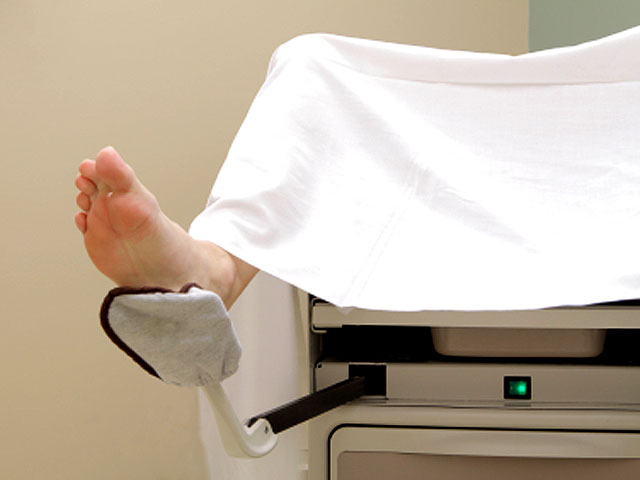 Each year, millions of women in the U.S. head to their gynecologist for an annual check-up. While it may not be the most pleasant experience in the world, most consider the prodding and mild discomfort of a routine pelvic exam to be an essential part of preventive health care.

But now the American College of Physicians (ACP) is challenging the need for this practice. On Monday the group published a new set of guidelines that recommends against annual pelvic exams for healthy, non-pregnant women.

After a review of studies conducted between 1946 and 2014, the ACP concluded that the risks posed by pelvic exams may outweigh the benefits for most healthy women. The researchers say pelvic exams can result in false positives, leading to unnecessary tests and procedures that may result in physical and psychological harm. They state that the exam "rarely detects important disease and does not reduce mortality."

The systematic review and recommended physician guidelines were published today in Annals of Internal Medicine, a journal of he American College of Physicians.

"The pelvic examination has held a prominent place in women's health for many decades and has become more of a ritual than an evidence-based practice," writes Dr. George F. Sawaya, a professor in the department of obstetrics, gynecology and reproductive science at the University of California, San Francisco, in an accompanying editorial.

"Regardless of whether the American College of Physicians' recommendation changes practice among obstetrician-gynecologists, it should prompt champions of this examination to clarify its goals and quantify its benefits and harms," he wrote.

Doctors use a pelvic exam to help detect early signs of certain cancers, sexually transmitted infections and other conditions that may impact a woman's long-term health, such as masses or growths in parts of her reproductive system. A patient may also undergo a pelvic exam before she opts for certain contraceptive options, such as an intrauterine device or diaphragm.

In their recommended guidelines, the authors suggest limiting a pelvic exam to visual inspection of a cervix when conducting a Pap smear to screen for cervical cancer and the human papillomavirus.

Pap smears are currently recommended once every three years for healthy patients, according to the U.S. Preventive Services Task Force, an independent panel of preventive medicine experts that make research-based recommendations to the government for health screening protocols. The U.S. Task Force does not currently offer a set of guidelines specifically for pelvic examinations.

The authors of the new ACP guidelines assert that a full pelvic exam should be reserved for women experiencing symptoms such as vaginal discharge, abnormal bleeding, pain, urinary problems or sexual dysfunction.

Additionally they argue that routine pelvic exams in otherwise healthy patients may be an unnecessary expense to the U.S. health care system, especially as the Affordable Care Act seeks to expand access to preventive care by requiring insurance companies cover annual wellness visits for all women.

But many physicians believe a full pelvic exam is a critical part of a gynecologic care. Dr. Lori Warren, a gynecologist with Women First of Louisville in Louisville, Ky., told CBS News in an email, "I do not agree that pelvic exams can be skipped. I have found melanoma on the vulva, vulvar dysplasia, uterine cancer, pelvic masses (including ovarian cancer), colon and rectal cancer, cervical lesions and cervix cancer at 'routine' visits when patients were not symptomatic."

Dr. Taraneh Shirazian, a gynecologist at Mount Sinai Hospital in New York City, told CBS News she will continue to provide her patients with full pelvic exams despite these new recommendation.

"It does raise the question, if we are not going to be offering any screening test or exams during the annual visit then are we going to do annual visits?" she said. "For me, I'm a gynecologist so I've examined thousands of women. I've picked up very early findings in my patients, early fibroids, early cysts. Some of the patients were asymptomatic, some of the patients did have symptoms but didn't realize that those symptoms were linked with their uterus or ovaries."