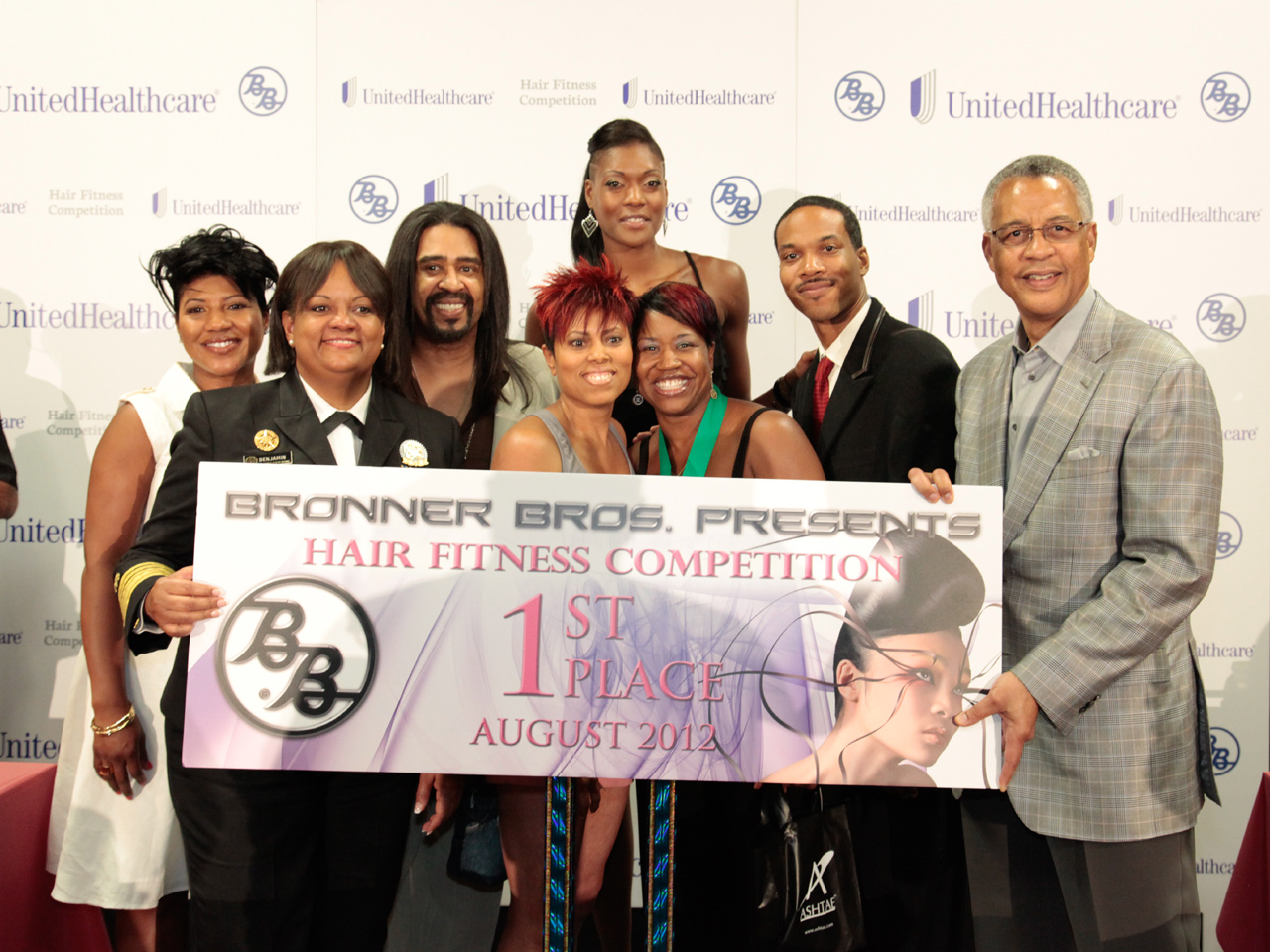 (CBS News) In took years before Dr. Reed Tuckson worked up enough courage to cross the imaginary boundary that separated the men and women at his community's beauty shop. But, in his desire to find out how to help African American women live fitter and healthier lives, he knew taking these steps was necessary.

"All these women would come in, would get these elaborate things done," Tuckson, a former Washington, D.C. Public Health Commissioner and executive vice president and chief of medical affairs at UnitedHealth Group, told HealthPop. "I walked across the magical divide and asked a woman, 'Are you exercising?' (She) said, 'Do you know how much money I spend on my hair?'"

Tuckson has made it his personal mission to enact changes towards healthier living in the African-American community, and he believes the place to start is the beauty shop. Using a variety of tools - including a "Hair Fitness" competition which showcases exercise-friendly hairstyles and classes that teach hairstylists how to create exercise-friendly hair, along with teaching tips to share with their clients about nutrition and fitness - Tuckson hopes that he can change the mindset of millions of women.

While obesity is a problem that is affecting the entire United States, no group is affected more than African Americans. According to the 2011 edition of America's Health Rankings, more than 30 percent of African Americans in 36 states and Washington D.C. are obese.

The Office of Minority Health reported that while 57.8 percent of obese white Americans over 18 are given advice from their doctors about exercise, only 54.7 percent of obese black Americans get counseling. The results mirrored a study in Obesity showed that African Americans get less advice on weight reduction and exercise than white people.

"Previous studies have shown disparities in the proportion of black obese adults informed by physicians that they were overweight compared to white obese adults," study author Dr. Lisa Cooper, professor of epidemiology at Johns Hopkins Bloomberg School of Public Health, said in a written statement. "We now also see that black patients are receiving different medical counseling as well."

In earlier statements, U.S. Surgeon General Dr. Regina M. Benjamin said part of the reason why African American women don't exercise is over fears that perspiration will ruin their hairstyle.

"Oftentimes you get women saying, 'I can't exercise today because I don't want to sweat my hair back or get my hair wet,'" she said. "When you're starting to exercise, you look for reasons not to, and sometimes the hair is one of those reasons."

She's not alone in her beliefs. Dr. Toni Yancey, professor of health services at UCLA School of Public Health and the author of "Instant Recess: Building a Fit Nation 10 Minutes at a Time," previously told CBS News that it's true hair issues block a lot of African American women from exercising.

"A white woman can shower and shampoo and blow dry her hair and get it back into style. It's not that easy for African-American women who may have spent $100 or $150 on a hairstyle," Yancey explained.

That's exactly why Tuckson is starting his campaign for better health with hairstylists. Because the salon is such an integral part of the African American neighborhood and a place where women frequently socialize, he believes that if he can teach the hairstylists about healthy living they can pass the message on.

"A big part of (the obesity epidemic) is that African American women are not exercising nearly enough," Dr. Reed Tuckson, UnitedHealth Group?s Chief Medical Officer, told HealthPop. "The more we dug into exercise, we found out for a significant people the amount of money on spent on their hairstyle and the amount of money that they spent on upkeep, it is inconsistent to them (to ruin it with) exercise."

Tuckson and Benjamin were both on-hand to emcee the "Hair Fitness" competition at the Bronner Bros. International Hair Show, sponsored by UnitedHealthcare, on Aug. 5, 2012 in Atlanta, Ga. Over 50 stylists competed to create the best fitness-friendly hairstyle and were judged based on technical execution of the hairstyle, originality, new ideas, and suitability and head contour. Styles had to adhere to the following categories: hair that would fit a low-impact workout, which involves little to no sweat and requires only one shampoo/condition per week; one that would fit a moderate-impact workout, which involves modest sweat and requires one to two shampoos/conditions per week; and one that works with a high-impact, which involves profuse sweating and requires two to three shampoos/conditions per week. First place stylists earned $5,000 and a trophy for outstanding design and execution, second place got $2,000, and a $500 award was given to third place participants. Linette Battle of Palm Beach, Fla., won first place.

While the competition was fun for the hairstylists, Tuckson said the main point was to highlight the fact that hair doesn't have to hinder someone from exercise. Tuckson - who exercises every day even when he's traveling - said that while he understands that many women in the demographic have socioeconomic and income challenges, there's always time to walk around the block or move the coffee table and do some stretching.

But, first people have to be alerted to how they can make these changes in their lives. In addition to the hairstyling contest, UnitedHealthcare offered a free class called "Stylin' Healthier Futures." The class is part of an initiative that started in Wisconsin where UnitedHealthcare worked with local hairstylists to teach them how to create their own exercise-friendly hairstyles as well as diet and exercise tips to help them be "positive influences."

"What's been really fun about it is that prominent hairstylists are starting to recognize now that what we are doing by emphasizing the hairstylist's role is much more profound, that doing hair can play into overall healthiness and wellness for their customers," Tuckson explained. "So many of them are starting view their role as more important."

Three hundred people have participated in the pilot program in Wisconsin, and UnitedHealthcare is in negotiations to spread the classes to other states.

Pointing out that there's no question that the fight against obesity centers around "too much food going in and too much bad food going on and the need to exercise more," he believes the more attention they can bring to the issue the better.

Not only does Tuckson hope that his efforts inspire women to recognize that putting health high on their list of priorities is an important thing, he wants them to stand up and be good role models for their children. Showcasing a healthy attitude to young children can show that working hard can help you achieve good things, and that diet and exercise are an important part of life.

"It's an army of positive reinforcement. It's not actually just about the hair styles but an overall lifestyle," Tuckson said.