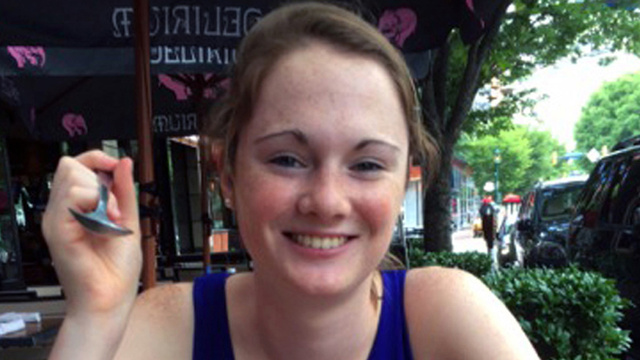 CHARLOTTESVILLE, Va. -- Slain University of Virginia student Hannah Graham refused to get in her killer's car on the morning she was murdered, according to recently released court documents obtained by CBS affiliate WTVR.

The documents provide new details about the night of Sept. 12, 2014 and the early morning hours of Sept. 13, 2014, when the 18-year-old vanished after attending a house party and going out on Charlottesville's downtown pedestrian mall, alone and intoxicated. It was there police say she encountered Jesse Matthew, the former hospital orderly and cab driver who pleaded guilty Wednesday to abducting and killing Graham and another young woman, 20-year-old Virginia Tech student Morgan Harrington, five years earlier.

The "statement of facts" outline the case against Matthew the Albemarle County Commonwealth Attorney's office would have presented to a jury in court had the case gone to trial. Instead, Matthew was sentenced to four consecutive life terms in prison -- in addition to three life terms he's already serving in a 2005 Fairfax rape -- in a plea deal that spares him the death penalty.

One witness who saw Matthew buy Graham a drink at a bar that morning told another witness, "He's going to f--- her up," the documents say. Another witness -- the last to see the college sophomore alive -- said he later saw Matthew follow Graham across a street and put his arm around her, saying Matthew "did not look friendly." The witness said when Matthew unlocked the passenger door of his Chrysler Sebring and opened it, Graham said, "I'm not getting in that car with you! What is it, stolen?"

The documents describe Matthew's "pattern of physically invasive and inappropriate behavior towards women" at area bars in the hours leading up to Graham's disappearance. Prosecutors say in the documents several women said he made them feel uncomfortable, touched them inappropriately and made unwanted sexual advances.

The documents say Matthew began his night at the Lazy Parrot bar, in Charlottesville, where witnesses said he approached a woman sitting alone at the bar and continued to make advances towards her even after she told him she had a boyfriend. Matthew asked for her phone number, told her how nice her lips were, and repeatedly touched her hands, making her uncomfortable enough that she sat on her hands to prevent him from continuing to touch her, according to the documents.

One witness who confronted Matthew about his behavior told investigators Matthew replied he was just trying to "meet girls."

Between 11:30 and 11:45 p.m., the documents say Matthew approached two women he didn't know at another bar, Blue Light. Shortly after meeting them, he picked both women up at the same time by "cradling them underneath their buttocks." The documents say the women became uncomfortable and pushed him away. The women left Blue Light and went to another bar, Tempo, where they again encountered Matthew.

One of the women told investigators Matthew approached her after she took off her boots because her feet were hurting. She said Matthew grabbed her foot, took off her sock and touched her foot, despite her protests, telling her, " A woman that takes care of her feet takes care of everything else." He then grabbed the other woman's leg. That woman told investigators Matthew looked at her in a "crazy way" when she warned him not to touch her, the documents say.

At another bar, Rapture, prosecutors say Matthew grabbed the buttocks of a former acquaintance without her consent. The woman hid from Matthew behind another person standing nearby and Matthew tried to grab her again, the documents say. Another person confronted him about his behavior, and Matthew closed out his tab there shortly after 1 a.m.

Around the same time, Graham had been seen on surveillance images walking unsteadily in the same area. The documents say she had been drinking. She texted friends throughout the evening, but her texts became increasingly difficult to understand, "consistent with an increasing level of impairment." At one point, she had texted a friend that she was lost.

Shortly after Matthew left Rapture, the documents say, he was seen on surveillance footage walking westbound on the mall past an "impaired and unsteady" Graham, who was walking in the opposite direction. Immediately after passing her, investigators say he was seen on camera turning around and walking behind Graham, and two witnesses told investigators they saw him catch up to her and put his arm around her.

The two witnesses said Graham appeared to be very impaired. One told Matthew, "You don't even know her," the documents say, to which he replied, "Hush."

The two witnesses followed Matthew and Graham to Tempo, where they say Matthew bought a drink for himself and one for Graham. As the two witnesses left the bar, one witness told the other, "He's going to f--- her up," the documents say.

The documents say Matthew and Graham left Tempo together were captured on surveillance footage walking arm and arm past the Red Pump Kitchen at 1:18 a.m. Shadows from the surveillance footage indicate Matthew pauses for about 10 seconds. It's not clear whether Graham also paused, but the documents say a witness -- the last witness to see Graham alive -- said Graham separated from Matthew and began to walk ahead of him.

The witness watched Graham cross a street in a crosswalk, and that's when he said Matthew approached her again and put his arm around her. He then heard Graham yell that she wasn't going to get in Matthew's car. The witness told investigators Graham's voice sounded "elevated, rapid and frightened, as if she did not know [Matthew.]"

The witness kept walking, but didn't hear anything else and didn't see them again, despite continuing to listen and looking back twice. Less than two minutes later, the documents say, the witness drove past the spot but didn't see Graham or Matthew.

The documents also outline physical evidence investigators collected against Matthew in Graham's murder. They say DNA that is likely Graham's was discovered on his shorts and on the interior passenger side door of his car. They also say that Matthew's car was seen between 6:30 and 7:30 that morning near the rural vacant property where Graham's skeletonized remains would be discovered five weeks later, about 12 miles southwest from where she was last seen.

Found with Graham's remains were the crop top she was last seen wearing, which was unzipped and inside out, and her jeans, which were also inside out and had holes that hadn't been there when she was last seen. Investigators found her watch nearby, but her undergarments, shoes and cell phone were never recovered, the documents say.

A medical examiner ruled the young woman's death the result of "homicidal violence," likely by suffocation or strangulation because she didn't' suffer significant trauma to her skull. Graham had two nasal fractures that likely occurred at or near her time of death, the documents say.

Witnesses who knew Matthew said he exhibited odd behavior in the days following Graham's disappearance, the documents say. He showed up to work late, didn't acknowledge his co-workers and told them he was "not okay," and acted "very, very not himself and very weird," witnesses said. They also said he had a swollen jaw, complained of tooth pain, rarely left his apartment and was unresponsive to phone calls.

Police executed a search warrant on his car Sept. 19, and the documents say he wasn't responsive to police's questions about Graham, saying only "ummm" when asked if she had been in his car. He reportedly approached multiple detectives about retrieving paperwork for a passport out of his car before it was towed away.

After police named Matthew a person of interest in Graham's disappearance, he fled and was apprehended Sept. 24, 2014 on a beach in southeast Texas. Before leaving Virginia, the documents say, he obtained a new license from the DMV to replace a "lost license" and withdrew almost all his money from his bank account.

A DNA sample connected Matthew to the 2005 sexual assault in Fairfax, a Virginia suburb of Washington, according to authorities. The DNA evidence in the Fairfax sexual assault, in turn, linked Matthew to the Harrington case, authorities have said. Harrington disappeared in 2009 after she stepped out of a UVA arena during a Metallica concert and was unable to get back in. Her remains were found in a hay field in January 2010, about six miles from the location where Graham's remains were uncovered.

The documents say Matthew was driving a taxi near the arena the night of Harrington's disappearance. Harrington, who was hitchhiking, had been seen near his cab, the documents say. Matthew's DNA was later found on Harrington's "Pantera" tee shirt, along with a dog hair that authorities later linked to Matthew's dog, "Popcorn."

In court Wednesday, families of both Harrington and Graham read emotional victim impact statements. Graham's mother Sue described her daughter as a "heroine who helped change the world."

"She helped capture a serial rapist and murderer who had been hiding in plain sight in Charlottesville for years," Graham said.