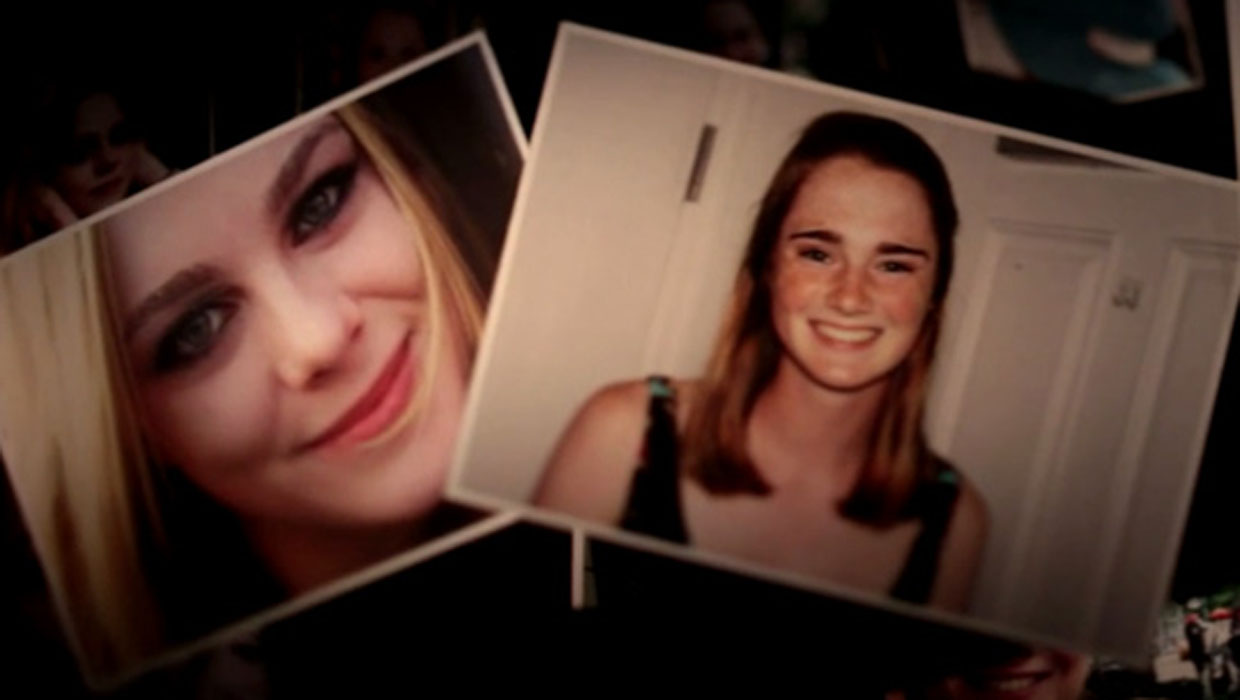 CHARLOTTESVILLE -- In a deal that spares him the death penalty, Jesse Matthew has pleaded guilty to the murders of two Virginia college students as family members of the victims read emotional impact statements.

During a Wednesday court hearing, the former hospital orderly pleaded guilty to two counts of murder and two counts of abduction with intent to defile in the September 2014 death of 18-year-old University of Virginia student Hannah Graham and the 2009 death of 20-year-old Virginia ech student Morgan Harrington. Matthew, 35, made no statement to the judge and showed little emotion.

A sentence of four consecutive life terms was accepted by the judge, in addition to the three he's already serving in a 2005 Fairfax, Va. rape. Capital murder - a charge which carries a possible death sentence - was taken off the table.

Matthew has expressed remorse for the killings, his lawyer Douglas Ramseur said at a press conference following the hearing.

"He had me express for him in court how terribly sorry he is for everything that's happened, and how much he loves his family and is sorry for everything they've been put through because of this," Ramseur said.

Speaking before the judge, Hannah Graham's mother Sue Graham called her daughter a "heroine who helped change the world."

"She helped capture a serial rapist and murderer who had been hiding in plain sight in Charlottesville for years," Graham said.

She said Matthew "dumped her like a bag of trash to be picked over by buzzards."

Describing Hannah as "irreplaceable" and "the most optimistic person we've ever known," she said she misses her daughter's smile and quick wit, and snuggling with her on the couch.

Harrington described his daughter Morgan as beautiful, smart and talented. He said he and his family have felt the pain of their daughter's loss "acutely, every second, of every day in the 6.5 years since that wicked act occurred."

He said Matthew robbed his family "of Morgan and our joy," and robbed his daughter of her "future, her potential to educate others, to be married, have children and to grow old."

"Our little girl, Morgan was killed by Jesse Matthew. How can that be? The brutality and intentionality of Morgan's murder pierces our every day, and will continue to do so until we join her," his statement read.

According to authorities, Graham and Harrington were young women in vulnerable straits when they vanished in Charlottesville five years apart. Harrington disappeared after she stepped out of a U.Va. arena during a Metallica concert and was unable to get back in. Graham, after having dinner and attending parties off campus, was captured on surveillance video walking unsteadily, and sometimes running, past a service station and a restaurant. She texted a friend that she was lost.

Additional video showed Graham crossing Charlottesville's downtown pedestrian mall, then leaving a restaurant with Matthew, his arm wrapped around her.

The surveillance images of Matthew meeting their daughter will stay in the family's mind's forever, Sue Graham said Wednesday.

Graham's disappearance, which came at a time of rising national concern about sexual assaults and other crimes on college campuses, prompted a massive search. Her body was found five weeks later on abandoned property in Albemarle County, about 12 miles from the Charlottesville campus and 6 miles from a hayfield where Harrington's remains had been found in January 2010.

After police named Matthew a person of interest in Graham's disappearance, he fled and was later apprehended on a beach in southeast Texas. He was charged with abduction with intent to defile, a felony that empowered police to swab his cheek for a DNA sample. That sample connected Matthew to the 2005 sexual assault in Fairfax, a Virginia suburb of Washington, according to authorities.

The DNA evidence in the Fairfax sexual assault, in turn, linked Matthew to the Harrington case, authorities have said.

The charge against Matthew in the Graham case was later upgraded to capital murder, giving prosecutors the option to seek the death penalty.

Matthew, who was a taxi driver before going to work at the University of Virginia hospital, also had been accused of raping students in 2002 and 2003 at Liberty University and Christopher Newport University, where he had played football. But those cases were dropped when the women declined to press charges.