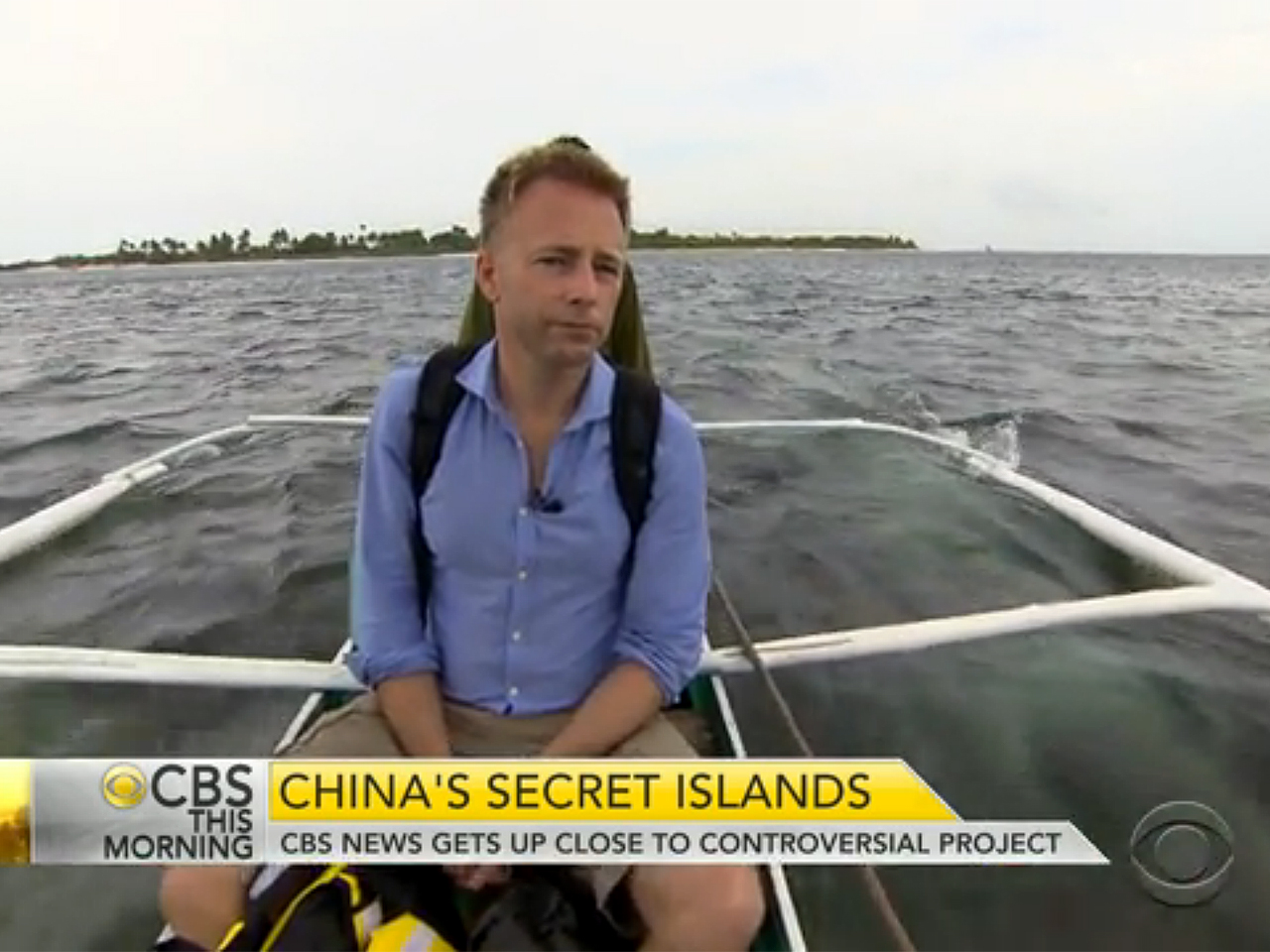 PAG-ASA -- CBS News correspondent Seth Doane began his journey to the South China Sea in Manila, the capital of the Philippines. There are no commercial flights to the island of Pag-Asa, where they were headed, so they hired a small plane to get there.

From the air, they started to appreciate how scattered the territorial claims are. Below, different features, including shoals, reefs and atolls, are claimed by different countries ranging from the Philippines and China, to Malaysia and Vietnam.

They landed on Pag-Asa, an island inhabited by Filipinos defiantly staking claim to the territory that China insists it owns.

Seth met Eugenio Bito-Onon Junior, the mayor of Pag-Asa. Not many mayors of 100 or so people are on the front lines of an international dispute like this.

"We are local- a municipality, but the concerns are international," Mayor Bito-Onon told CBS News.

He called living on the island an "exercise in sovereignty," and said each home, each citizen, each birth or marriage on Pag-Asa helps his country stake its claim on the land.

Pag-Asa is just 13 miles from one of the islands the Chinese have been expanding.

"Before, tension was not so heightened," said Bito-Onon, "but just lately in the past three years it has become more heightened." He said the Chinese have escalated their "bullying" and "harassment" of the islanders.

The mayor told Doane stories of Chinese warships passing not far from their shores.

The CBS News team wanted to get out onto the water to investigate for themselves, but bad weather and high seas kept them on land much longer than expected. Finally, five days later, the weather cleared.

Doane and his team hired local fishermen to ferry them out to the reef on their boat. It wasn't easy to convince the fishermen to take them toward Subi Reef -- the Chinese island. They worried about being detained by the Chinese.

Doane and his team were also worried about the sea-worthiness of the fishing boats --which generally ferry more grouper or squid than foreign journalists.

They headed out through the rough waters until they saw the Chinese island emerge on the horizon. Subi Reef has been inhabited by the Chinese since 1988, but in July 2014 it started undergoing a massive expansion.

As their boat drew closer, a warning signal appeared in the distance - beacon lights. Their captain started to get nervous as several more warning signals were flashed at them and decided it was time to get out of there. The team took what pictures they could through the haze, and turned back to safer shores.

Later, boat captain Romulo Barcoma told Doane he thought getting close to the Chinese island was dangerous. He said he was worried about his passengers' safety as well as his own, and wanted to get back to Pag-Asa.

From the shores of Pag-Asa at night, the dark horizon turns brighter, as neighboring Subi Reef grows bigger.

The islands sprouting up around him are "bigger than what God has made in this place naturally," quipped Mayor Bito-Onon.

Satellite images appear to show enough space on Subi Reef for an airstrip, and it is believed that ultimately the island will have one on it.