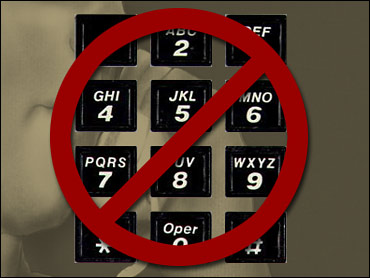 Americans living in the Eastern United States now have a powerful new tool in the fight against those persistent and annoying telemarketers.

Starting Monday, consumers living east of the Mississippi River can fight back against telemarketing calls by making a call of their own to the national do-not-call list.

The registry has accepted Internet registrations nationwide and phone sign-ups in Western states since the free service became available June 27.

People had registered nearly 17 million phone numbers by Thursday, the last day for which figures were available from the Federal Trade Commission.

The toll-free number - 1-888-382-1222 - was rolled out in stages to ensure the system could handle the volume of calls. Callers to the number must use the phone they want registered.

Of the phone numbers registered so far, the FTC said, nine out of 10 were entered online at http://www.donotcall.gov. On the Web site, consumers provide the home or cell phone numbers they want protected and an e-mail address to receive a confirmation message.

People who sign up this summer should see a decrease in telemarketing calls after the FTC begins enforcing the list Oct. 1. The service will block about 80 percent of the calls, the FTC said.

The telemarketing industry estimates the do-not-call list could cut its business in half, costing it up to $50 billion in sales each year.