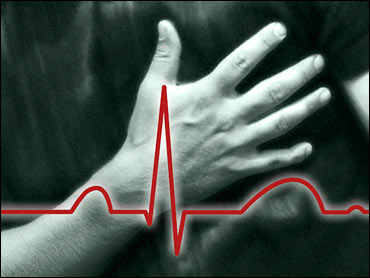 For decades, research has suggested that people with positive emotions may live longer and healthier lives. An analysis of the autobiographical writings of 180 Catholic nuns found those with the most positive feelings in their early twenties had the greatest chance of being alive sixty years later. Now, the first study of its kind has linked positive emotions to a lower risk of coronary heart disease.

The title of the paper is: "Don't worry, be happy: positive affect and reduced 10-year incident coronary heart disease: The Canadian Nova Scotia Health Survey." The study followed 1739 adults in their mid-forties over a ten year period. On a one-to-five scale, trained nurses rated the subjects for "positive affect" - defined by the authors as "the experience of pleasurable emotions such as joy, happiness, excitement, and contentment." Each one-point increase in positive affect was linked to a 22% reduction in the risk of coronary heart disease (such as heart attack). The authors cautioned that this was an observational study and therefore did not demonstrate a "cause and effect" relationship. But the findings are intriguing.

For this week's CBS Doc Dot Com, I spoke to the study's lead author, Karina W. Davidson, Ph.D., Intervention Research Director of the Behavioral Cardiovascular Health & Hypertension Program at Columbia University Medical Center. She admitted that the study of "positive affect" is in its infancy. We have no idea whether happiness (or positive affect) lowers the risk of heart disease. There could be explanations for the study findings other than a direct effect of happiness. For example, perhaps exercise makes you happy - and it's the exercise, not the happiness that lowers your odds of a heart attack. Maybe there's a happiness gene that's linked to a healthy heart gene - and it's just a matter of genetic luck that makes a person more likely to have both a strong heart and a positive outlook.

This study is not saying that everybody who gets a heart attack is unhappy or that unhappy people are doomed to get heart disease. Heart attacks routinely strike perfectly happy people and spare curmudgeons. It's important to remember there are many risk factors for heart disease, including smoking, hypertension, high cholesterol, diabetes, obesity, and lack of exercise.

Here's what I take away from this latest research: there's no evidence that becoming happier will lower your risk of heart disease. But it couldn't hurt.