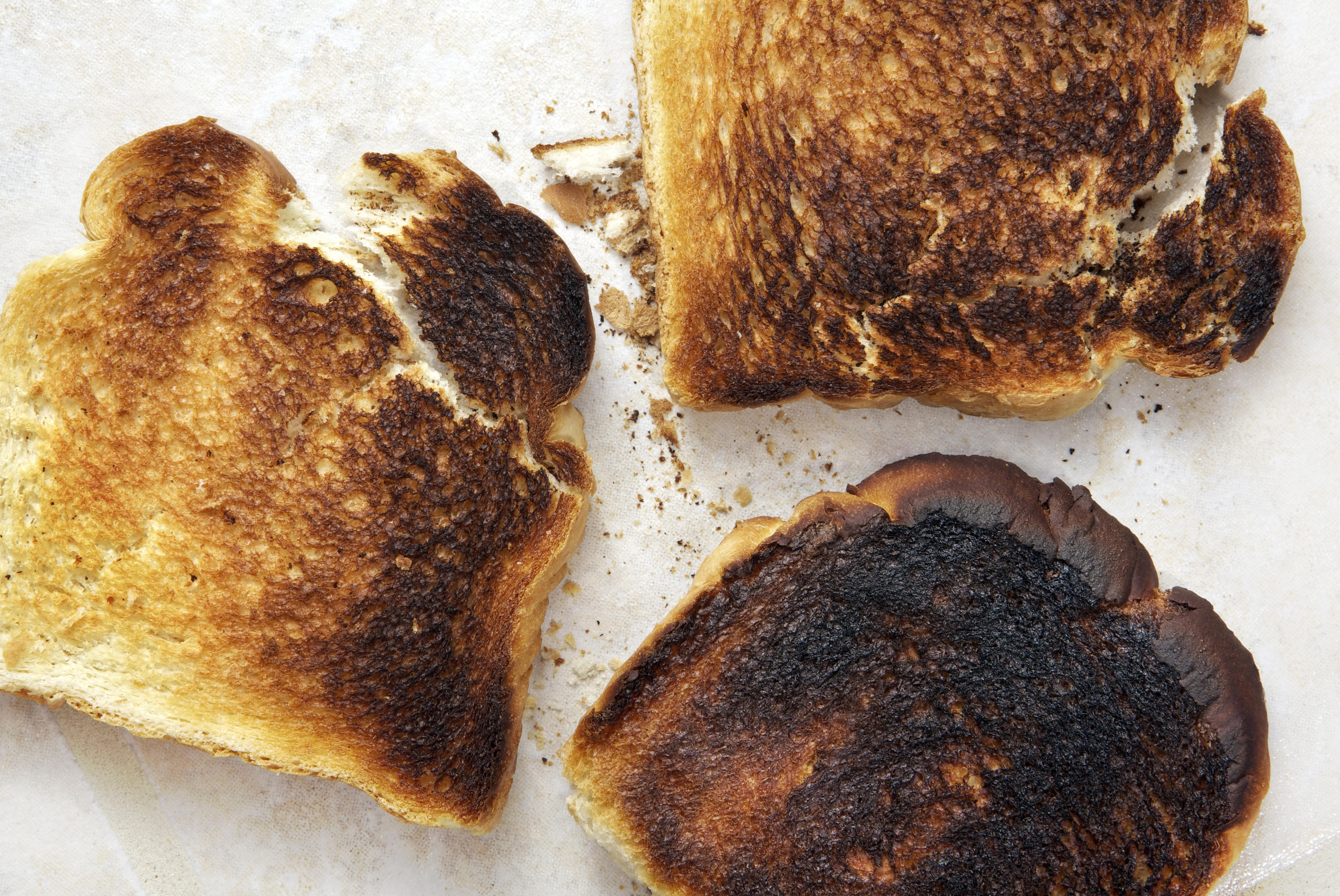 The agency is urging people to reduce their intake of these foods and only eat them lightly browned, not burned to a crisp.

The advice stems from animal studies that show the chemical acrylamide – a naturally-occurring compound which is responsible for the brown or black color when starchy foods are toasted, fried, baked, or roasted – is linked to cancer in mice.

But the link has not been proven in humans and experts say there’s scant evidence of any actual risk for people eating normal quantities of toasty food.

“Looking at different studies in people, there isn’t a clear and consistent link between acrylamide and increased risk of cancer,” reads a statement from Cancer Research UK, following the release of the FSA’s dietary guidelines.

Acrylamide forms when sugars, water and amino acids are heated together at high temperatures. The higher the temperature and the longer the heating time, the higher the levels of acrylamide.

The FSA’s “Go for Gold” campaign urges consumers to “aim for a golden yellow color or lighter when frying, baking, toasting or roasting starchy foods like potatoes, root vegetables and bread.”

“Our research indicates that the majority of people are not aware that acrylamide exists, or that they might be able to reduce their personal intake,” Steve Wearne, director of policy at the FSA, said in a statement. “We want our ‘Go for Gold’ campaign to highlight the issue so that consumers know how to make the small changes that may reduce their acrylamide consumption whilst still eating plenty of starchy carbohydrates and vegetables as recommended in government healthy eating advice.”

He continued: “Although there is more to know about the true extent of the acrylamide risk, there is an important job for Government, industry and others to do to help reduce acrylamide intake.”

However, some experts say the advice may unnecessarily cause alarm and detract from focusing on much bigger cancer risk factors like smoking and obesity.

“The most important thing to say following today’s news is not to panic if you had burnt toast this morning or crispy potatoes with your Sunday roast,” Cancer Research UK says on its website.

Amanda Bontempo, an oncology dietitian at NYU Langone’s Perlmutter Cancer Center, agrees that the new campaign should not frighten the public and says that the potential hazards of dietary acrylamide exposure “may be misqualified and misrepresented.”

“It’s important to note that the doses of acrylamide used in these animal studies are 1,000 to 100,000 times higher than any amount that people would be exposed to in dietary sources,” she told CBS News. “So there’s really no good evidence of harm let alone cancer in humans in the amounts that we eat in our diet.”

Bontempo said she would encourage people to consume less of foods that are high in acrylamide such as chips, fries, cakes and other baked goods – but not because they contain the compound.

“I think it’s important to limit those things because they are processed foods that have hidden sugars that we tend to overeat, not because of the possible acrylamide,” she said. “Obesity alone is responsible for 1 in every 5 cancers in the United States. We need to be focusing on that.”