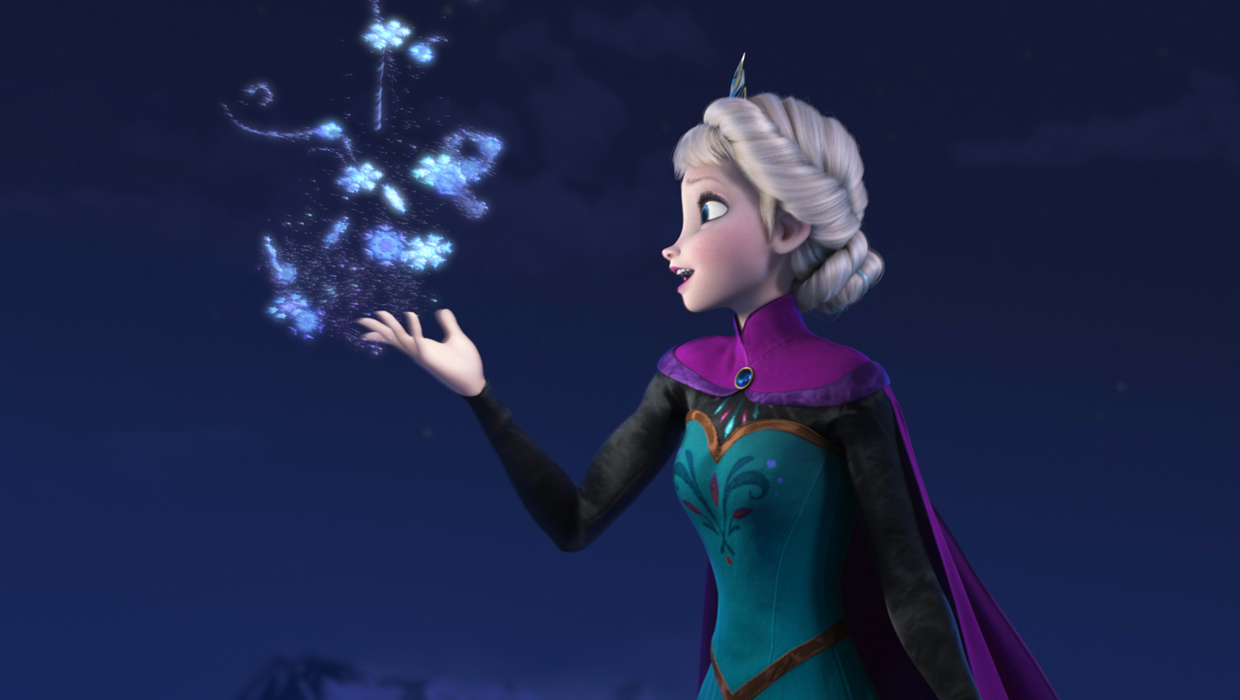 Shares of Walt Disney (DIS) were climbing Thursday after the media and entertainment giant posted better-than-expected quarterly results thanks in part to the strong performance of the animated feature, “Frozen.”

The film, loosely based on a Hans Christian Anderson tale about two Nordic princesses trying to reverse an evil spell, has had worldwide grosses of more than $865 million, according to Box Office Mojo. The film reportedly cost about $300 million to produce and market, which is providing Disney with a nice return on its investment.

“It’s already profitable,” said S&P Capital IQ analyst Tuna Amobi, who rates the shares as a “strong buy.” “This exceeded our expectations," he said. "They have to feel very, very good about how this film has turned out.”

Frozen is the most successful film ever issued by Walt Disney’s Animation Studios and the 6th highest  grossing animated film in history, according to Box Office Mojo. The film, which was nominated for two Oscars, also just opened in China and will debut in March in Japan.  "You can expect a sequel sooner rather than later," says Amobi.

If current trends hold,  "Frozen" may become a multi-billion dollar franchise such as "Toy Story," "Ice Age" and "The Hunger Games." “Frozen” will follow “The Lion King” onto the Broadway stage.

“Disney is a master at exploiting breakout hits like this,” Amobi said. "You can expect a sequel sooner rather than later," says Amobi.

Frozen merchandise, such as toys and apparel, is selling well. CEO Bob Iger noted on the company’s earnings conference call that “Frozen” characters are a huge draw at its theme parks. More attractions centered around the film are in the works.

Frozen surprised Wall Street for many reasons. First, it came from Disney’s Animated Studios rather than its higher profile Pixar business. The film also doesn’t have any big name stars and didn’t receive an unusually large marketing push.

But the story has something for everybody. Children can relate to the feuding sisters at the center of the story. Having a lovable, wise-cracking snowman named Olaf certainly helps, as does a soundtrack chock full of catchy tunes.

“At a time when many other animation studios have become overly reliant on sequels and ultrahip, wiseass-y humor, Frozen stands out for its old-fashioned story --with its regal setting, its lonely princess in a castle, its kingdom under a spell -- and for its visual splendor,” explains Vulture.com.

Shares of Disney, which also is the corporate parent of ESPN and Walt Disney World, gained 5 percent in Thursday trading. Thanks to “Frozen,” Disney's movie division offset the weakness in the company’s ABC television network and other areas.