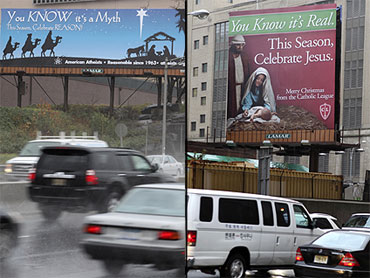 A male violinist claims in a lawsuit that the New York Philharmonic gave preferential treatment to female musicians.

Anton Polezhayev, 29, failed his probation and was asked to leave after the 2003-2004 season despite what he said were strong reviews of his playing. Meanwhile, seven women violinists won permanent jobs or rose above him in the section, according to his sex discrimination suit, filed Thursday in Manhattan's state Supreme Court.

"They are damaging my career and embarrassing me in front of my colleagues and pretty much putting a black mark on me forever," Polezhayev told The New York Times. "At this point, I feel it's more important to stand up and do something about it."

Polezhayev is demanding a permanent job, back pay and unspecified damages.

The Philharmonic declined to discuss the case. But violinist Fiona Simon, chairwoman of the orchestra committee, which represents the musicians, said no discrimination had occurred.

"He didn't get tenure because he wasn't doing his job," Simon told the Times.

Twenty of the Philharmonic's 33 violinists are women, according to the orchestra's Web site.