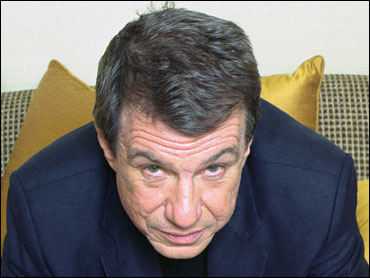 John McTiernan, director of such hit movies as "Die Hard" and "The Thomas Crown Affair," requested a withdrawal Monday of his guilty plea in a Hollywood wiretaps case.

McTiernan pleaded guilty in April 2006 to making "knowingly false" statements to an FBI agent about Anthony Pellicano, the celebrity private eye he admitted hiring to wiretap a business associate.

But before his expected sentencing before a federal judge Monday, McTiernan's attorneys filed a motion to withdraw the plea, saying the filmmaker pleaded guilty because he didn't receive adequate legal representation at the time.

"He should never have been charged with a criminal offense," his attorney Milton Grimes said.

When he entered his plea last year, McTiernan said he told an FBI agent the only time he used Pellicano's service was during his divorce. In actuality, he said, he hired Pellicano to wiretap Charles Roven. Roven worked with McTiernan on the 2002 box-office flop "Rollerball."

He was due back in court Sept. 24 to hear the judge's ruling on his withdrawal motion.

Pellicano has pleaded not guilty to charges contained in a 111-count criminal indictment accusing him of bugging phones and bribing police to get information on celebrities and others.
MMVII The Associated Press. All Rights Reserved. This material may not be published, broadcast, rewritten, or redistributed