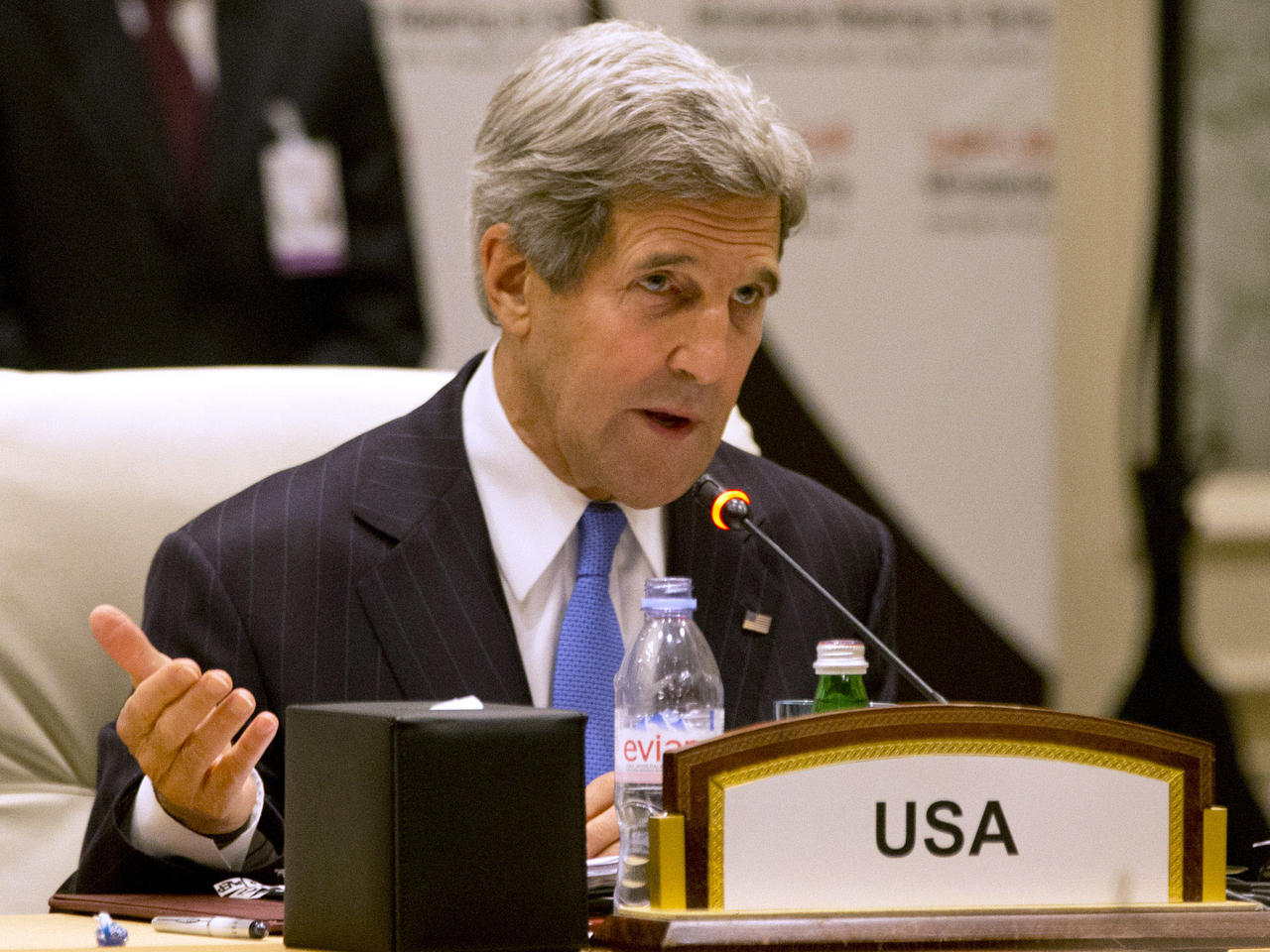 Bandar Seri Begawan, Brunei Allegations that the U.S. is spying on the European Union, one of its key allies, confronted Secretary of State John Kerry at a summit in Asia Monday.

The European High Representative Cathy Ashton pointedly asked Kerry about reports that the U.S. is bugging European Union (EU) offices in the United States. She requested that he provide her with further details.

Kerry told reporters that "with respect to the bugging," he hadn't seen any of those reports in part due to what he described as his recent deep immersion in the Middle East peace process. He just concluded a four-day diplomatic push in Jerusalem before flying to Brunei to attend the Association of Southeast Asian Nations (ASEAN) summit.

"I want to see the allegations, number one, and, number two, I need to find out what the truth, what the situation is," he said.

Kerry promised Ashton that he would look into the claims and get back to her.

German magazine Der Spiegel reported on Saturday that the National Security Agency (NSA) had bugged EU offices and gained access to EU internal computer networks. The report was based on information provided by NSA leaker and American fugitive Edward Snowden.

The secretary of state said that while he was not familiar with these "bugging" claims, he did not think that it was unusual for "lots of nations" to undertake activities to "protect its national security." He said that "all kinds of information contribute to that."

He declined to offer further detail until he found out more. The conversation between Ashton and Kerry happened during a 10 minute long bilateral meeting held on the sidelines of the ASEAN summit. Ashton avoided the cameras and did not make any public statements.

Meanwhile, as EU countries' anger grows, the U.S. ambassador to Germany has been summoned by the German government to discuss the latest allegations.

China "could have made a difference"

"I think it is safe to say that the United States of America and the administration - the Obama administration believes that our friends in China could, in fact, have made a difference here," Kerry said.

"Mr. Snowden" as Kerry referred to him, sought refuge in Hong Kong after providing confidential NSA intelligence to journalists. Despite requests by the Justice Department to detain him, the Chinese government instead allowed him to leave the country. Snowden then traveled to Russia, where he remains in the no-man's land of a transit terminal inside the Moscow airport.

Kerry's remarks Monday appeared aimed at smoothing over the diplomatic standoff and containing the damage. He emphasized that Washington and Beijing are working together on a number of difficult issues including the de-nuclearization of North Korea. He said that a host of top Chinese officials plan to visit the U.S. next week to discuss joint economic and political issues. The message of cooperation is a change in tone. Just days ago, Kerry warned that China and Russia would face "consequences" for the aid to Snowden, who is an indicted fugitive.

"Life in international relationships is often complicated by the fact that you have many things that you have to work on simultaneously," Kerry explained. "We will continue to do so even as we are obviously concerned about what happened with Mr. Snowden."

Kerry to face off with Russia

The Snowden affair has added significance to a meeting scheduled Tuesday between Kerry and Russian Foreign Minister Sergei Lavrov. The two were already set to spar over differences in Syria and the continued Russian support for the Assad regime. Now the fate of Edward Snowden will also be a target. The U.S. wants Russia to expel Snowden and return him to the U.S.