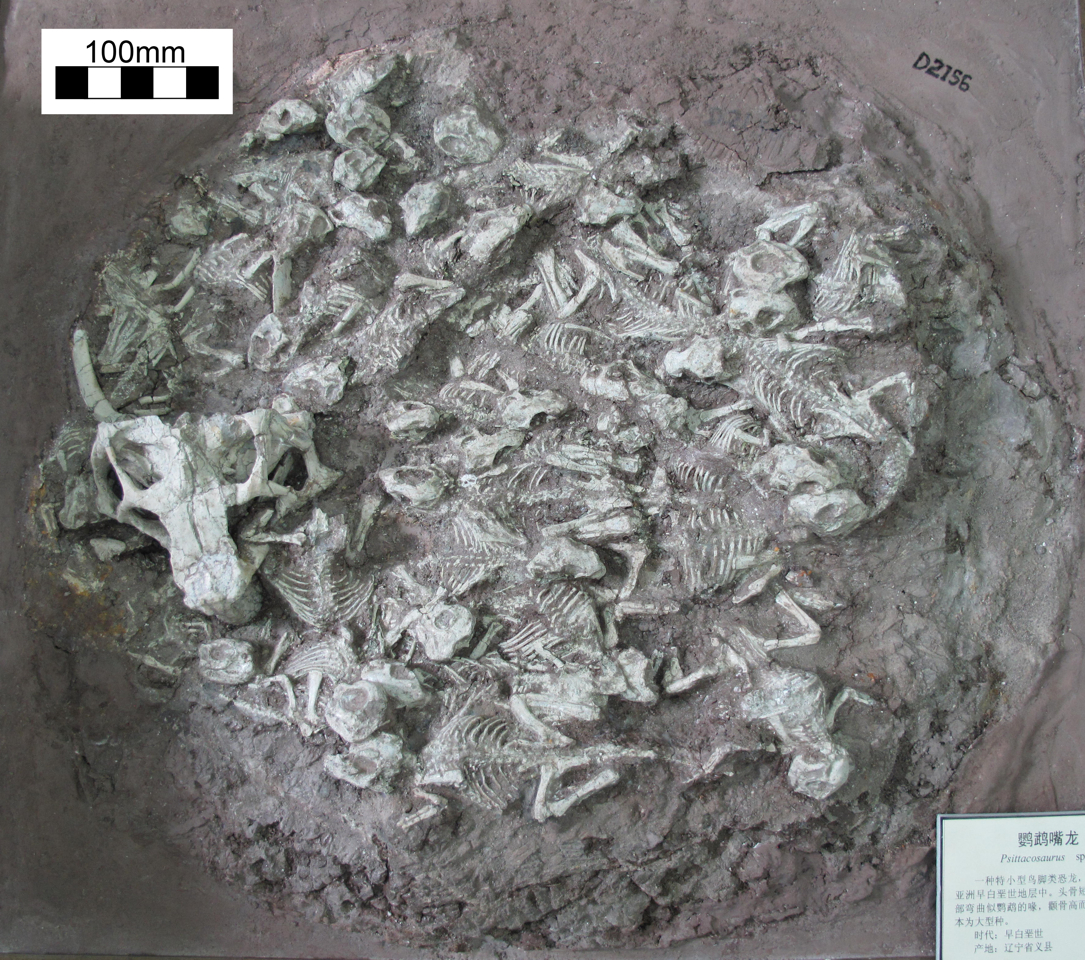 Did dinosaurs leave their kids with babysitters? At least one plant-eating species might have.

Researchers from the University of Pennsylvania, working with a group in China, analyzed an unusually intact 120-million-year-old fossilized dinosaur nest. Discoveries of dinosaur nesting or nursery areas are relatively rare.

In the nest, the skeletons of 24 baby dinosaurs were found closely entwined with one adolescent of the same species of plant-eating Psittacosaurus. Relatives of these dinosaurs were once abundant in the area.

The scientists speculate that the older dinosaur was acting as a caretaker of the younger animals, but was too young to be their mother. This species started reproducing at about age 8 but the caretaker was younger, looking more like a 4- to 5-year-old.

The group of dinosaurs was probably killed when trapped in a thick river of muddy volcanic sludge called a "lahar."

The researchers could not be certain that the group were in a nest, though all the babies look to be the same age, indicating they belonged to one clutch of eggs. The babies were probably recent hatchlings, not embryos, since their bones were fully formed and there were no traces of eggshells found.

The fossils were discovered in a rock slab in northeastern China's Liaoning Province.