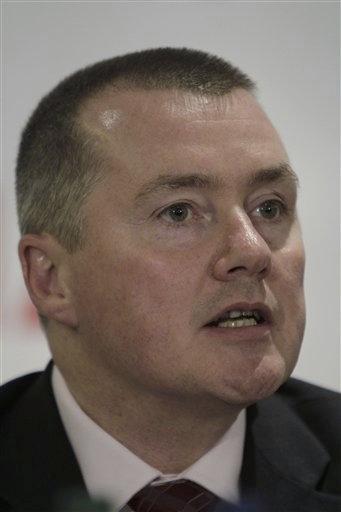 Head to the American Museum of Natural History's Web site, and you'll see the major draw this fall is a splashy exhibit on dinosaurs.

And not just any dinosaurs, but two-legged carnivorous, feathered "theropods" like the 30-inch-tall Bambiraptor -- somewhat less cuddly than its namesake.

But most authorities on dinosaurs will tell you these creatures' direct descendents strut, screech and squawk among us today -- as birds.

In fact, an entry on theropods from the Web site of the University of California, Berkeley's Museum of Paleontology attests that "recent studies have conclusively shown that birds are actually the descendants of small, non-flying theropods."

However, a study in the October issue of the Journal of Morphology suggests that theory may be, well, for the birds.

Based on evidence ranging from a buried dolphin to differences in a three-fingered hand, the study suggests birds are not the smaller, chirping descents of T. rex's kin, after all.

"Thing just aren't adding up for feathered dinosaurs," said lead researcher, avian evolutionist and paleobiologist Alan Feduccia of the University of North Carolina, Chapel Hill. He described the prevailing theory that birds descended from theropods as paleontological "wish-fulfillment" based on "sloppy science."

Instead, said Feduccia, birds and dinosaurs may be related, but only by a common ancestor stretching back hundreds of millions of years.

The new study first attacks the notion that the reptile fossil record is rife with feathers or what paleontologists call "protofeathers" -- long, filament-like structures observed in fossils like that of the 150-million-year-old Archaeopteryx. In 1996, scientists in China discovered an even more striking, allegedly "feathered" fossil, Sinosauropteryx.

"It had these little filament-like structures all over it, especially on the back and tail," Feduccia said. He said that because the dinosaurs-begat-birds theory is now "accepted dogma," paleontologists automatically declared these filaments to be feathers without doing the necessary research to back that claim up.

"The whole thing had become circular -- birds are dinosaurs, so whatever we find on dinosaurs that looks like a rudimentary feather has got to represent the origin of feathers," Feduccia said.

But he and his colleagues have long thought otherwise. Instead, they counter that these filaments are the fossilized remains of "collagenous fiber meshworks" lying under the dinosaur's skin. To help prove that theory, co-researcher Dr. Theagarten Lingham-Soliar buried a dolphin for one year, then exhumed it and looked at the patterns of decay.

The researchers also produced examples of fossils with similar, feather-like markings from another dinosaur, Psittacosaurus. Trouble is, all paleontologists agree that this large non-therapod is in no way a bird ancestor.

Finally, Feduccia's team also contends that the forearm of a small "bird-like" theropod with the avian name of Pelicanimimus was actually covered in scales, not feathers.

Then there's another piece of evidence: the bone structure of the modern bird foot.

Feduccia explained that most primitive vertebrate hand structures were like that of humans: five-fingered. Somewhere in the evolutionary process, both dinosaurs and birds lost two of those digits, leaving three behind.

"The question is, which three? In dinosaurs we know it's the thumb and the next two fingers," he said, something experts call the "1-2-3" morphology. But the study's third author, Dr. Richard Hinchliffe -- a recognized expert in vertebrate limb development -- "points out that there are five different assessments showing that the bird hand has the three middle fingers left," the "2-3-4" morphology, Feduccia said.

All of this suggests that dinosaurs never had feathers, he said, and that birds evolved on a separate track from dinosaurs, although the two may have shared a common, distant ancestor.

Not everyone agrees. Back at the American Museum of Natural History, another paleontologist said Feduccia's bird theory may just be a wild goose chase.

"I don't agree with their argument," said Xing Xu, the museum's resident expert on avian evolution. First of all, he said, looking at the recently decayed remains of a modern animal tells us little about how dinosaur protofeathers might or might not have been preserved in stone tens of millions of years ago.

And, he said, the samples of collagenous filaments Feduccia's team presents as an alternate explanation for protofeathers don't match those seen in the fossil record. "In the paper, these fibers are 0.2, 0.5 millimeters long," Xu said. "That's much tinier than the ones we have in the feathered dinosaurs like Sinosauropteryx which are 2, 3 even 5 centimeters long sometimes."

The orientation of Sinosauropteryx's protofeathers also runs perpendicular to the animal's long bones, whereas collagenous fibers from modern animals run roughly parallel to these bones. "It's another problem," Xu said.

John M. Rensberger, former curator of paleontology at the Burke Museum at the University of Washington, Seattle, called Feduccia's paper "the best presentation" he's seen yet of the argument that birds did not descend from theropods. But he agreed with Xu that Feduccia's theory has flaws.

Regarding alleged differences in bird and theropod hand morphology, both he and Wu said scientists are still debating whether birds display the 1-2-3 digit arrangement or the 2-3-4. "It really hasn't been proven one way or the other," he said.

And he said his own research as a specialist in morphology favors the birds-came-from-dinosaurs theory. "All the bones that I've looked at of the more lightly built theropods are indistinguishable @1/8in internal structure @3/8 from those of birds," Rensberger said. "And that's a completely unique situation among all vertebrates. It's a strong indication of a very close relationship between birds and theropods."

But Feduccia contends his own evidence is equally strong.

"I think all this takes us back to the drawing board -- we have to start re-looking at where birds come from," he said.

He also believes media and museum hype over "feathered dinosaurs" has done paleontology a disservice.

"There's been way too much hyperbole. To get back to any good science you've got to get away from that and get back to the bench," Feduccia said. "I think the field is ripe for some young scientist who doesn't have any cemented views to come in and look at this and paint it with a brand-new brush."