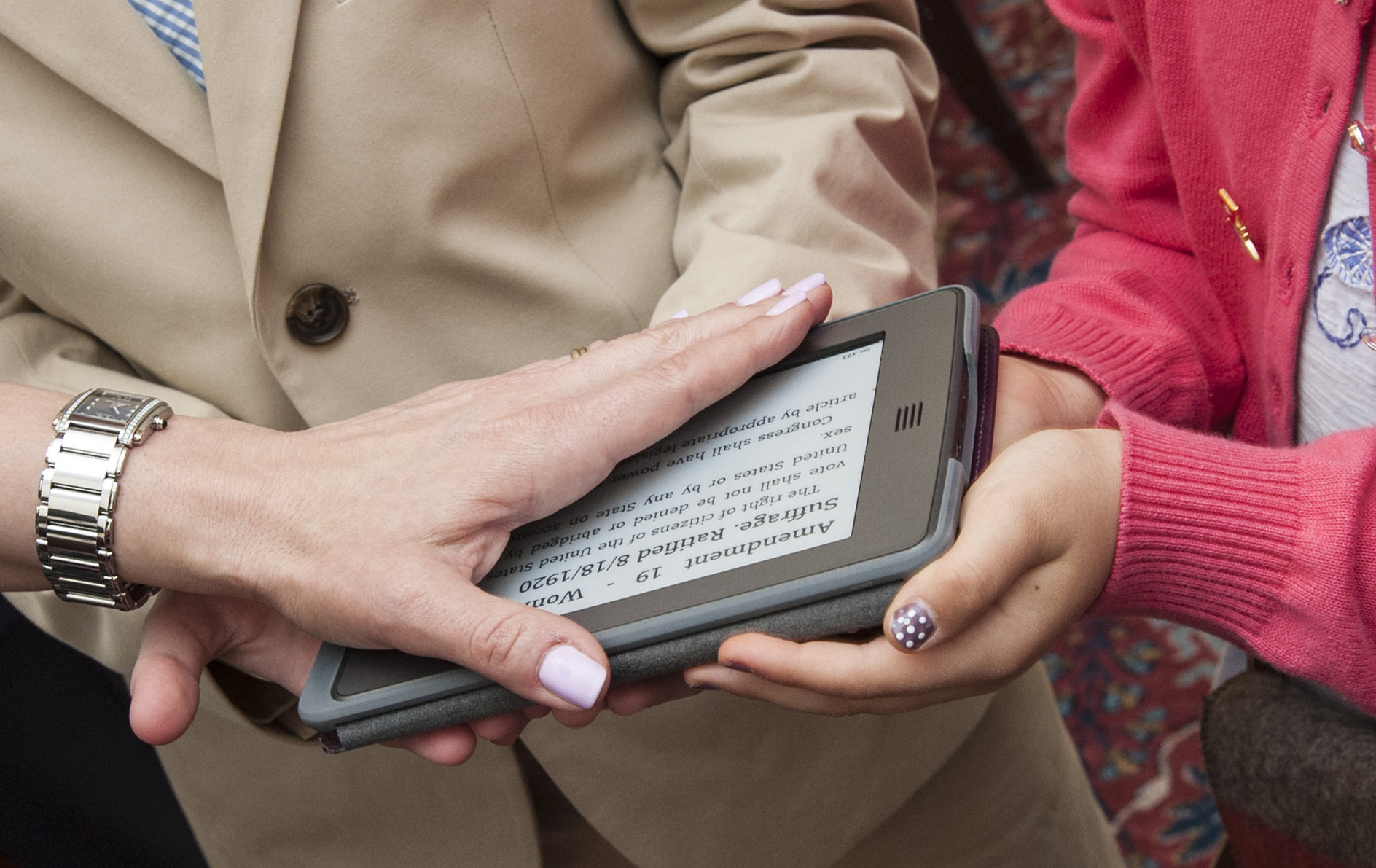 It's a first in digital diplomacy.

When the new U.S. ambassador to Switzerland and Liechtenstein, Suzi LeVine, was sworn in by Vice President Joe Biden last Friday, she placed her hand on an e-reader, preloaded with a copy of the U.S. Constitution. She is the first U.S. ambassador ever to take the oath on an electronic device.

According to the Washington Post the e-reader was a Kindle from Amazon. Sorry, Apple and Samsung!

LeVine is no stranger to tech. She was a former intern at NASA and an exec at Microsoft and Expedia. She also co-founded the Institute for Learning and Brain Sciences at the University of Washington.

She chose to take her oath on a digital device out of a desire to honor American innovation and entrepreneurship, the State Department said.