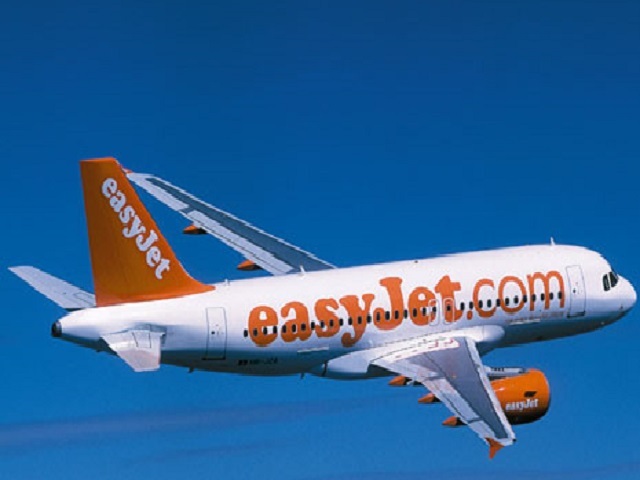 Mark Leiser is a lawyer and Ph.D candidate at the University of Strathclyde in Scotland. He travels regularly and reportedly often uses easyJet. On Tuesday, he posted on Twitter that a flight delay on an easyjet flight was about to cause a soldier to miss his connection and temporarily strand him.

Soldier going to miss last connection & @easyjet refusing to help pay for him to get to Portsmouth. Get right into em!

It was the sort of remark you might imagine anyone making on Twitter. Who would think that there could be a repercussion for tweeting your mind? But that is allegedly what happened, according to another tweet from Leiser about 15 minutes later.

Manager from easyjet just said I couldnt board flight because I criticised @easyJet on twitter before boarding the flight.

According to a report in The Drum, a site that Leiser writes for, when he got in line to board someone from the easyJet staff came over and asked to have a quick word. Leiser said she told him that easyJet pesonnel knew he had said something negative about the airline on social media and that it would not let him board.

"I said you're kidding me; I asked where that had come from and she told me I should know I'm not allowed to do that. I was stunned. I told her I didn't really understand what she was telling me and she said: 'You're not allowed to talk about easyJet like that and then expect to get on a flight'."

Leiser asked to speak to a manager, who reportedly said, "You're a lawyer. You know you can't tweet stuff like that and expect to get on an easyJet flight."

EasyJet denies that it barred Leiser from flying. "EasyJet has never denied boarding due to comments on social media," the airline said in a statement. "On the rare occasion that we consider denying boarding it is on the basis of disruptive behavior."

The airline on Wednesday also posted two tweets. Between the first and second tweets, easyJet wrote, "our airport staff don't monitor social platforms and we did not and will not deny boarding based on criticism of easyJet on social media," in a direct refutation of Leiser's claims. The airline said it had contacted Leiser, which he corroborated on Twitter.

Despite those denials, the episode has turned into a searchable hashtag on Twitter -- #easyjetgate -- that only collected about 18 contributions, a couple of which were from Leiser. But as can happen on a social network, word gets around and the word of the alleged incident eventually got around to BoingBoing, a massively popular and influential blog.

Social networks are often difficult for companies to navigate. On the one hand, they allow a business to get its message out directly to consumers and to listen to what customers say. But the ubiquity of social media also magnifies the impact of what even a single customer has to say about a company.