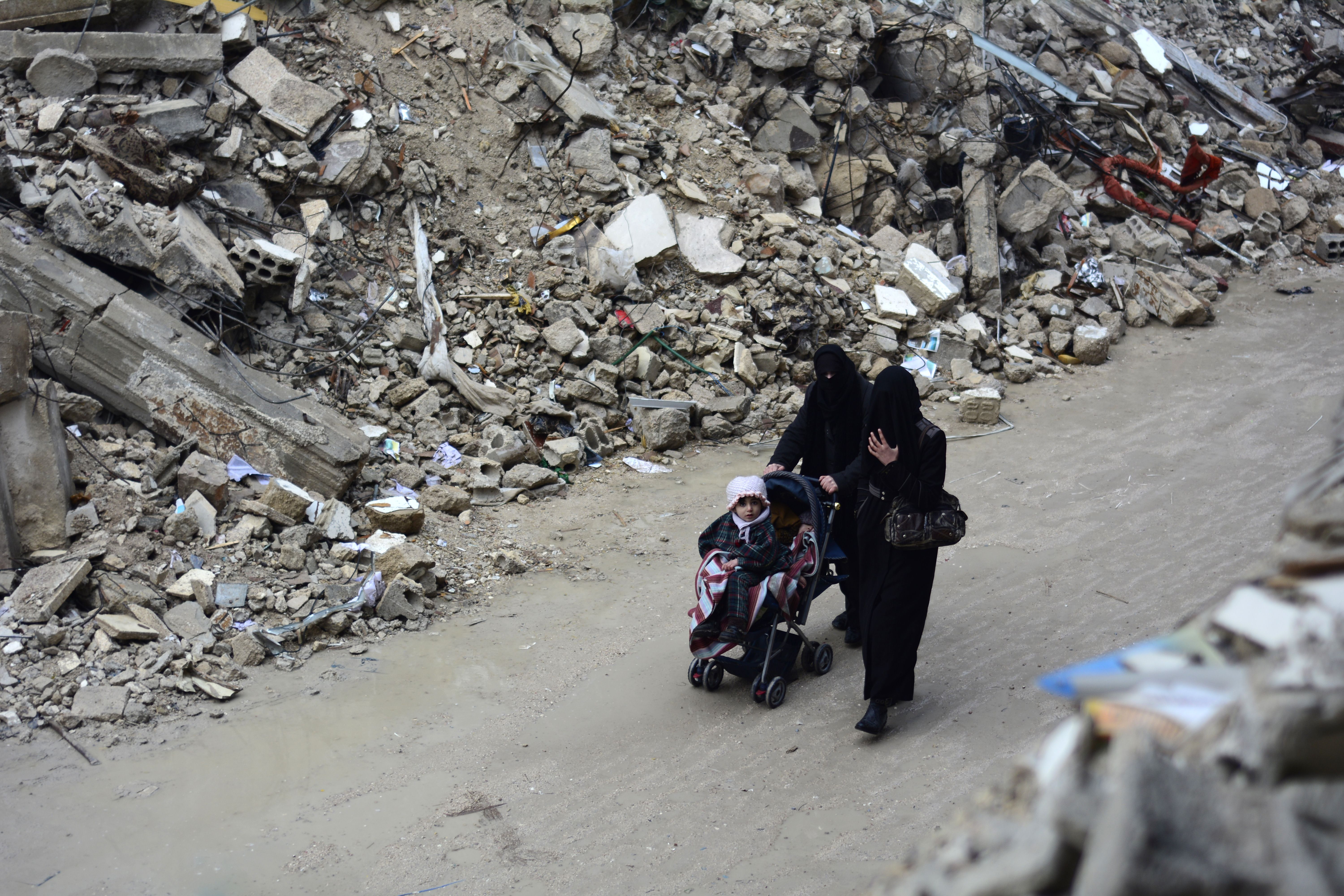 Climate change sparked a historic drought in Syria that contributed to the long-running civil war in the country, according to new research out Monday.

In a study in the Proceedings of the National Academy of Sciences, scientists laid out a case that the drought triggered a series of events that started with 1.5 million impoverished farmers being forced off their land. They headed to cities, already overburden with Iraqi refugees, where they set up illegal settlements. These became havens for unemployment, crime and eventually political uprisings over government indifference that led to the war.

"There was a huge population shock," Colin Kelley, a climatologist at the University of California, Santa Barbara and the lead author on the study, told CBS News.

"It's difficult to quantify the relative importance of all the factors involved," he said. "But what we are trying to say is that climate change made the recent drought more severe. Then, the drought had a catalytic effect. It kind of played on the vulnerability that already existed."

He was careful not to suggest the drought alone was behind the conflict that has killed more than 200,000 people and displaced millions since it started in March 2011 as part of the Arab Spring uprising.

Using existing studies and their own research, the authors showed that since 1900, the area has undergone warming of 1 to 1.2 degrees Centigrade (about 2 degrees Fahrenheit), and about a 10 percent reduction in wet-season precipitation. They found it matched models of human-influenced global warming, and thus could not be attributed to natural variability.

Global warming, the researchers found, weakened wind patterns that bring rain-laden air from the Mediterranean, reducing precipitation during the usual November-April wet season. The higher temperatures also have increased evaporation of moisture from soils during the usually hot summers. Together, these factors caused a series of droughts in the 1950s, 1980s and 1990s that culminated with the worst on record from 2006 to 2010.

"By February 2010, the price of livestock feed had increased by three fourths and the drought nearly obliterated all herds," the researchers wrote. "There was a dramatic increase in nutritional-related diseases among children in the northeast provinces, and enrollment in schools dropped by as much as 80 percent as families left the region."

The findings build on work last year from Pacific Institute's Peter Gleick whose paper in American Meteorological Society journal Weather, Climate, and Society found that water shortages and climatic conditions played role in the economic conditions that preceded the war. And like PNAS paper, Gleick argued there were multiple factors behind the conflict "including long-standing political, religious, and social ideological disputes; economic dislocations from both global and regional factors; and worsening environmental conditions."

Gleick said the latest paper and his demonstrate the potential threats of climate change, which scientists project will only worsen droughts, bring increased flooding and cause rising sea levels that will swamp island nations and coastal cities in the decades ahead.

"It adds growing evidence to the role that water problems can play in disrupting economic and social stability and contribute to conflict," he said in an email interview.

Until now, scientists had mostly seen the disruptive role of climate change in the historical record.

Examining such things as tree rings, they have found proof that changes in climate have been linked to the fall of civilizations, including the decline of the Anasazi, or Ancient Pueblo Peoples, in the Colorado Plateau in the late 13th century. It also was found to have contributed to the spread of plague in Medieval Europe.

More recently, it has been more difficult to prove a link.

There was talk that the Darfur conflict was caused by climate change but the science hasn't held up.

But with a growing body of research showing that extreme weather, including high temperatures and drought increases violence, most scientists expect that as the Earth keeps warming mostly due to burning of fossil fuels, climate change will play increasing disruptive role in society.

"There has definitively been a lot of studies done talking about ancient civilizations and how abrupt climate change could have really contributed to the demise or the downfall of these civilizations," Kelley said.

"I would make the distinction that what is happening in the 20th and 21st century is that this climate change is taking place faster than it has in the past," he said. "The rate these emissions have increased over the 20th century is far beyond anything we have seen in a very long time. So that is disturbing.

With that in mind, Kelley said he hopes his paper generates greater "long-term thinking on these kinds of issues" from government officials and policy makers in countries already made vulnerable by such things as poverty, hunger and disease.