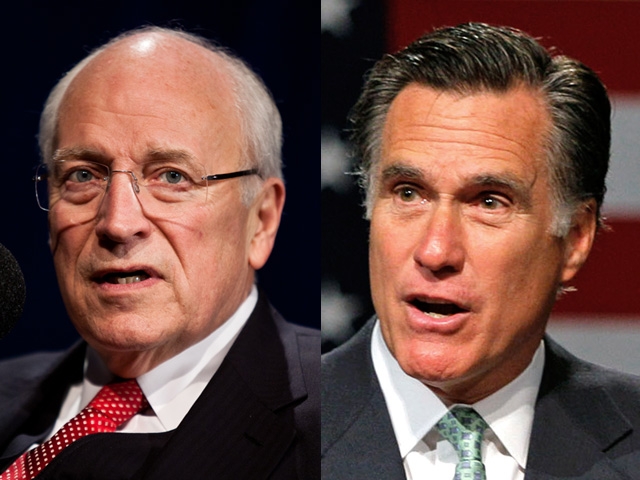 The Cheney-sponsored events Thursday evening in the resort town of Jackson, Wyoming, near Yellowstone National Park, represent a welcome endorsement for Romney, who is eager to win over more of the party's base.

Some prominent conservatives will be co-hosting the event, including Foster Friess, a financier who donated millions to a pro-Rick Santorum super PAC that attacked Romney during the primaries, reports the Washington Post.

Romney has avoided appearing in public with Cheney or with former President George W. Bush - both are seen as divisive figures by many of the swing voters he needs to win over if he's going to defeat President Barack Obama.

In 2008, Republican nominee John McCain downplayed any connection to the then-highly unpopular Bush and Cheney.

Romney doesn't have a close relationship with the former vice president, a veteran of five Republican presidential administrations and a huge draw for Republican donors.

While Romney speaks regularly with former President George H.W. Bush, he seldom refers by name to the most recent Bush to occupy the White House. On occasion he goes out of his way not to say Bush's name out loud and simply calls him "the predecessor" to Obama.

Cheney has generally shied away from politicking and he remains controversial, in part because of his hawkish foreign policy stances, including his support for interrogation techniques like waterboarding.

Still, Romney has embraced Cheney in the past. Last year, he told an Arizona town hall that Cheney's "wisdom and judgment" would provide a model for choosing his own vice president.