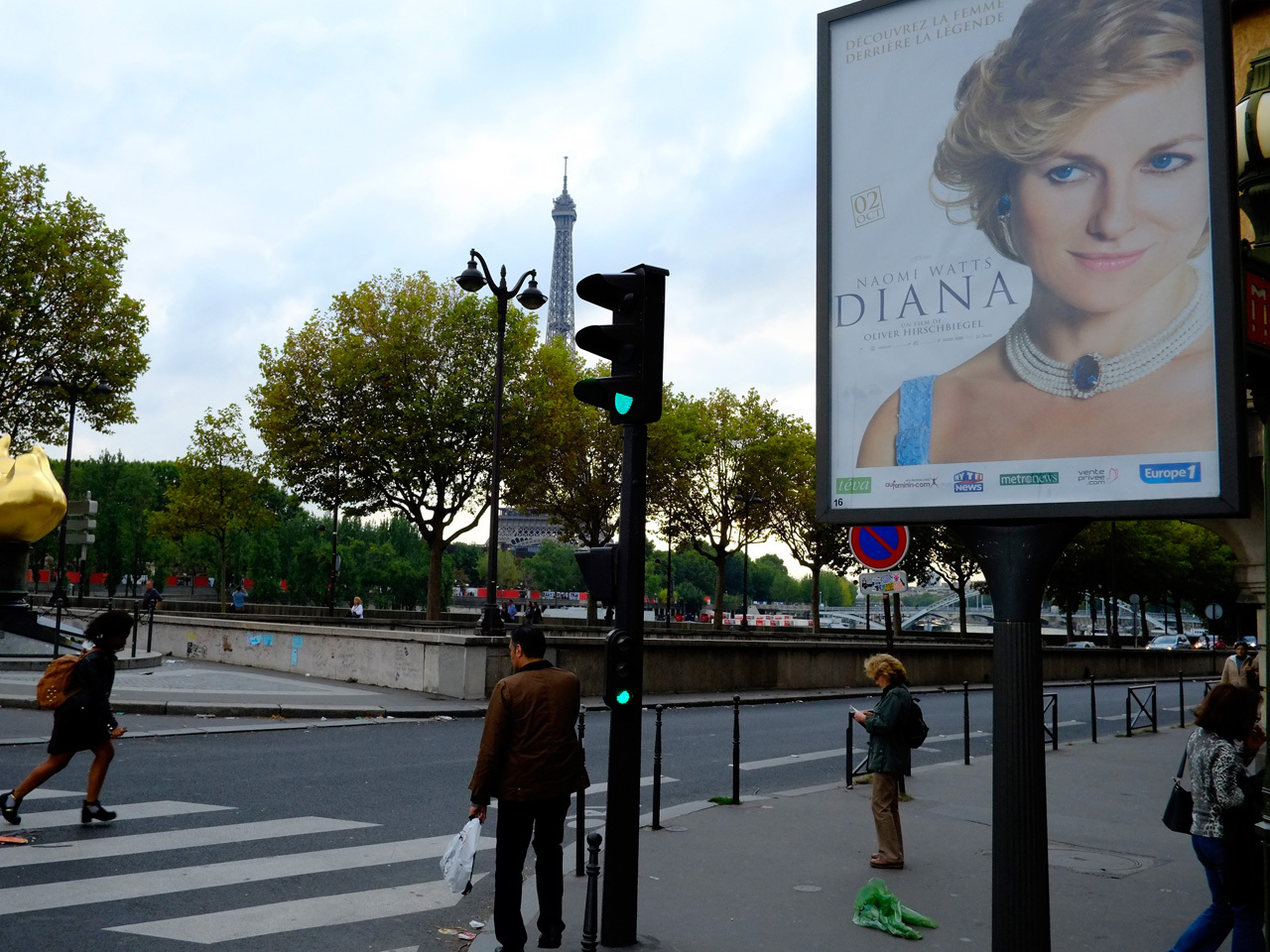 Talk about a PR blunder.

Controversy arose over the weekend after a film poster for the biopic "Diana" was spotted near Paris' Pont de l'Alma, the same site where the princess suffered fatal injuries in a 1997 car accident. Diana's boyfriend at the time, Dodi al Fayed, and her chaffeur, Henri Paul, also perished in the crash.

The poster consists of a close-up shot of actress Naomi Watts in full Diana costume, sporting a slight smirk characteristic of the late royal.

"Diana" has been universally panned by critics in the U.K. and abroad, with reviewers calling it dull, unnecessary and badly written.

The press doesn't seem to be a fan of the film's promotional campaign either.

Several British media outlets voiced their outrage after it was discovered that the poster had been placed so close to the scene of Diana's fatal crash and mere feet away from the Flame of Liberty, where a makeshift memorial had been set up 16 years ago in the wake of her death.

Even one of Diana's close friends, Rosa Monckton, raised her concerns over the poster.

"I really don't have any words to describe how I feel about this cynical and shameless attempt to publicize a film that should never have been made," Monckton told the U.K.'s Daily Mail. "To have made a film so speculative and as this is disgusting enough, but to then advertise it on the spot at which she died is despicable."

According to Deadline, the movie poster has since been removed from the location. It seems the public is still protective of the "People's Princess."

Tell us: Do you think it was in poor taste to place the movie poster so close to the crash site?