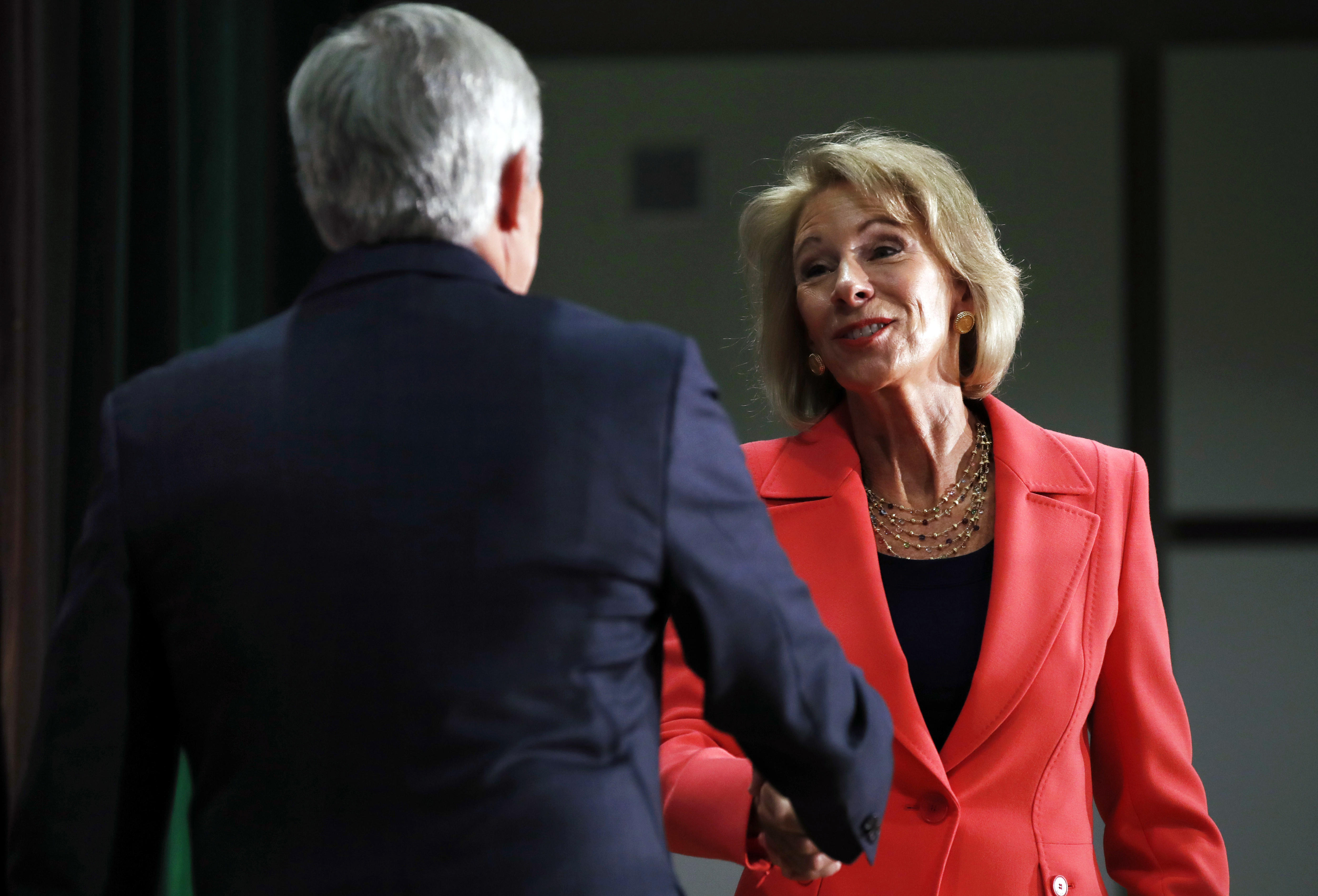 "We will seek public feedback and combine institutional knowledge, professional expertise and the experiences of students to replace the current approach with a workable, effective and fair system," DeVos said at a speech at George Mason University.

DeVos announced that the department will now launch a "notice-and-comment process" to re-vamp the Obama-era policy on addressing sexual misconduct, incorporating the "insights of all parties in developing a better way."

"Any perceived offense can be turned into a full blown Title IX investigation. If everything is harassment than nothing is," said DeVos.

Currently, Title IX of the Education Amendments of 1972 protects people from discrimination based on sex in education programs or activities that receive Federal financial assistance.

In 2011, responding to alarming rates of campus sexual violence -- a study had found that one in five women are victims of completed or attempted sexual assault in college -- the Obama administration issued a directive in a "Dear Colleague" letter demanding schools take immediate steps to end sexual violence on campus, including lowering the standard of proof of sexual assault cases and allowing accusers to appeal not-guilty findings. Federal funds would be withheld from schools that didn't comply.

While DeVos said that Title IX has "helped make clear education institutions have a responsibility to protect every student's right to learn in a safe environment," she promised the department "will continue to enforce it and vigorously address all instances were it falls short."

"To implement sustainable solutions, institutions must be mindful of the rights of every student. No one benefits from a system that does not have the public's trust—not survivors, not accused students, not institutions and not the public," she added.

DeVos said she gained new insight into the devastating impacts of sexual misconduct across America by speaking with both survivors of rape and those accused of committing assault, but she placed blame on the Obama administration for creating weak policies in addressing students needs.

"The truth is that the system established by the prior administration has failed too many students. Survivors, victims of a lack of due process and campus administrators have all told me that the current approach does a disservice to everyone involved," said Devos.

"Instead of working with schools on behalf of students, the prior administration weaponized the Office for Civil Rights to work against schools and against students," she added.

DeVos also argued that the "quasi-legal structures" Washington imposes to address cases of sexual misconduct " fall short "for far too many students."

She also called for due process for those accused of assault, echoing the sentiments of another Education Department official's comments on the rule, although the other official's phrasing was more controversial.

In an interview with the New York Times in July, Deputy Assistant Education Secretary Candice Jackson explained that investigative processes surrounding sexual assault cases in higher education have not been "fairly balanced between the accusing victim and the accused student." During that interview, Jackson attracted some controversy with her description of campus sexual assault cases.

"Rather, the accusations — 90 percent of them — fall into the category of 'we were both drunk,' 'we broke up, and six months later I found myself under a Title IX investigation because she just decided that our last sleeping together was not quite right,'" Jackson said at the time. She later clarified that her remark was based on feedback from accused students but said all sexual misconduct charges "must be taken seriously."