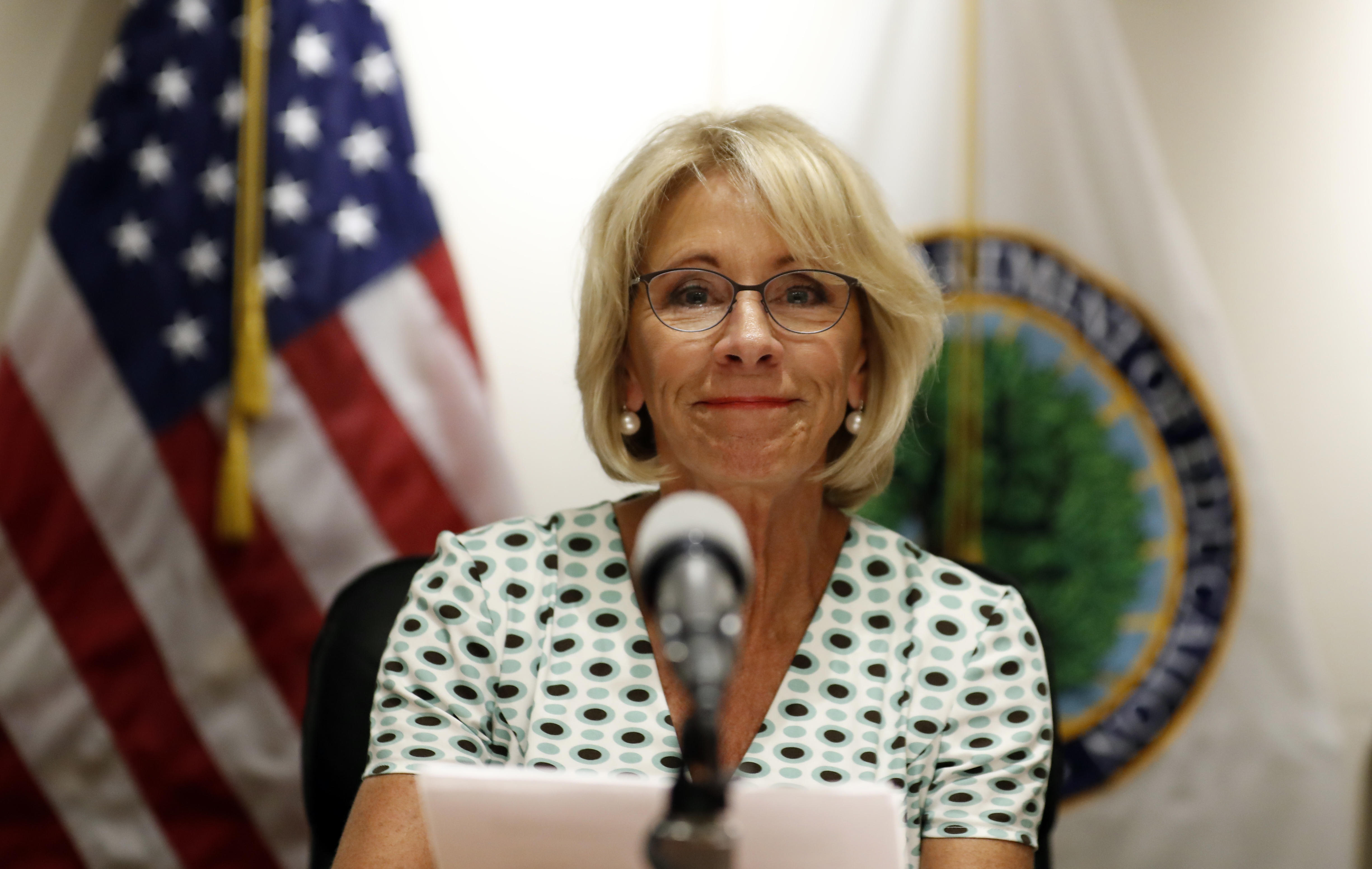 In a press conference addressing sexual assault on college campuses, Secretary of Education Betsy DeVos affirmed her "ongoing commitment to hear from all sides" on Thursday.

"No student should feel like there isn't a way to seek justice and no student should feel the scales are tipped against him or her," she said referencing both the plight of rape survivors and the worries of those accused of sexual assault. "We need to protect all students and we need to do it quickly," she added.

DeVos went on to explain that the goal of the Department of Education is "to stop and reduce dramatically sexual harassment and assault while respecting due process and the rule of law."

Earlier on Thursday, in what she described as an "emotionally draining day," DeVos hosted three roundtable-style listening sessions: one with survivors of sexual assault, another with students who have been falsely accused of rape and a final one with higher education officials and sexual assault experts representing both the accusers and the accused.

While DeVos said that "we can't go back to the days when allegations were swept under the rug," she also said that "it's important for us to hear from all parties on this issue," pointing out "the pain of some of the individuals" from the listening session focusing on the accused.

The purpose of these sessions was "to discuss the impact of the Department's Title IX sexual assault guidance on students, families and institutions," according to a statement released by the Department of Education.

Title IX is a law that states "No person in the United States shall, on the basis of sex, be excluded from participation in, be denied the benefits of, or be subjected to discrimination under any education program or activity receiving Federal financial assistance." In terms of higher education, Title IX requires colleges and universities to have procedures in place for responding to sexual misconduct claims.

DeVos said that regarding Title IX, there are "substantive legal questions to be addressed, including the evidentiary standard, due process, and lack of public input," but that the process for reforming the laws surrounding these questions was a "collaborative process."

DeVos was also asked about the "Dear Colleague" letter published by the Obama administration in April 2011, which warned colleges and universities that they could lose millions of federal funding dollars if they fail to comply with rules regarding the management of sexual misconduct cases. DeVos neither confirmed nor denied that the Department of Education might rescind the guidance.

DeVos later acknowledged the need to reform the legal definition of sexual intercourse, specifically relating to gender and sexual identity.