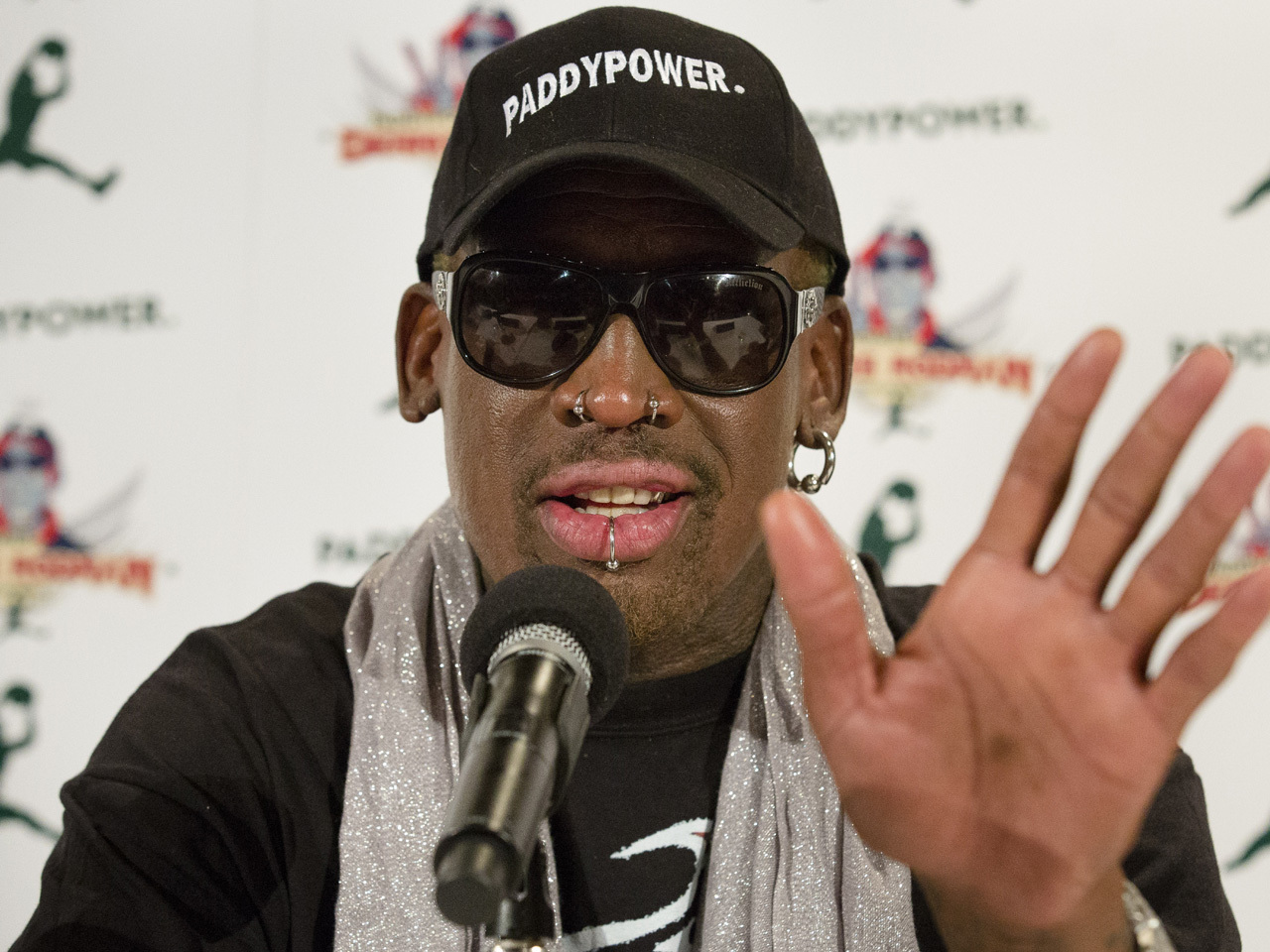 NEW YORK Dennis Rodman is going back to North Korea, and bringing a team of former NBA players with him.

Days after returning from his second trip to visit Kim Jong Un — in which he said he became the first foreigner to hold the leader's newborn daughter — Rodman announced plans Monday to stage two exhibition games in North Korea in January.

The first will be Jan. 8 — Kim's birthday — with another to follow two days later.

Rodman's friendship with the autocratic leader has been criticized — and led to a couple of testy exchanges during his Manhattan news conference. But Rodman insists Kim is a good person, wants to have better relations with the United States, and that he's the one who can help make it happen with his plan for "basketball diplomacy."

Touting his friendship with Kim and taunting President Barack Obama for not talking to him, Rodman said he will go back to North Korea for a week in December to help select local players for the game. He hopes to have stars such as former Chicago teammate Scottie Pippen and Karl Malone.

Rodman, holding a cigar and wearing the shirt of a vodka company and a hat of a betting company that is funding the event, said Kim has asked him to train his players to compete in the 2016 Olympics and offered to allow the Hall of Famer to write a book about him.

Though looking like a billboard, Rodman said he's not doing the event for money. He said the Irish betting company Paddy Power would put up $3.5 million. Power later said finances hadn't been determined.

And Rodman, who joked that he hadn't drawn such a crowd in New York since he wore a wedding dress to a book signing, was adamant that this venture was serious — "groundbreaking," in Rodman's words.

"People think this is a gimmick. I would love to make this a gimmick ... but it's not about the money," he said.

He rarely referred to Kim by name, frequently calling him "the marshal." Rodman first met Kim, a basketball fan, when traveling to North Korea in February for a film project.

Though saying he didn't want to discuss politics, Rodman raised his voice when answering a questioner about Kim's human rights record and portrayed himself as the person who could make outsiders see the young leader as different than his father and grandfather.

"He has to do his job but he's a very good guy," Rodman said.

"If he wanted to bomb anybody in the world, he would have done it."

Instead, Rodman had harder words for Mr. Obama, whom he spoke angrily of while talking to reporters last week after his trip. He talked around a question about American citizen and Christian missionary Kenneth Bae, who was arrested in November and sentenced to 15 years of hard labor for what Pyongyang described as hostile acts against the state. Kim has the power to grant special pardons under the North's constitution.

Rodman said lobbying for the release of a prisoner wasn't his job, blaming the president for not reaching out to ease tensions between the countries.

"Why Obama, are you afraid to talk to Dennis Rodman?" Rodman said, his voice rising as if he were a professional wrestler — another former pursuit — calling out an opponent. "You're not afraid to talk to Beyonce and Jay-Z, why not me? Why not me? I'm pretty important now, right?"

Rodman also said he would interview Kim on live TV during the trip. Organizers said details would be provided at a later date.