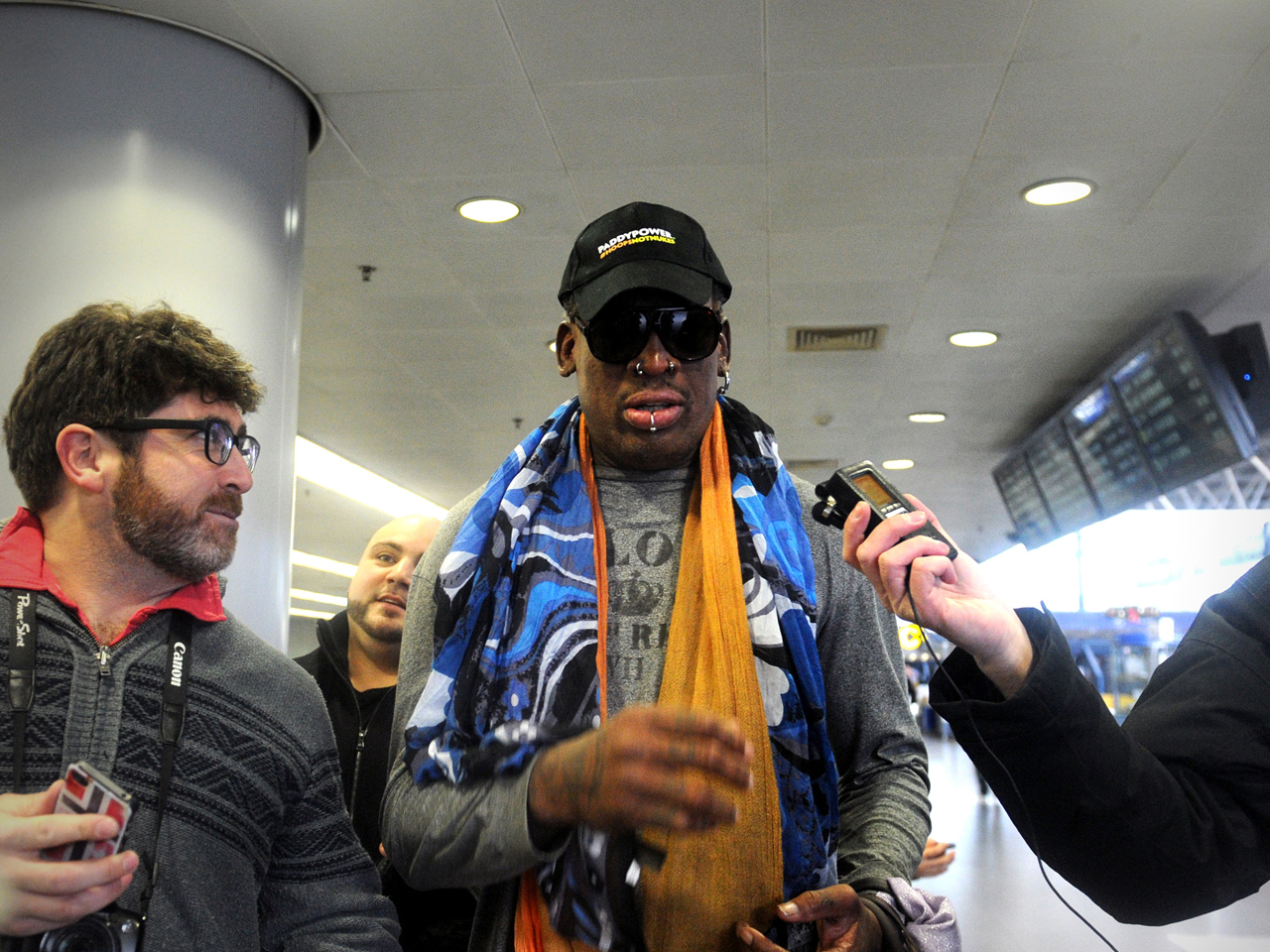 BEIJING - Former basketball star Dennis Rodman left North Korea on Monday without answering questions from the media on whether he had met with leader Kim Jong Un.

The two struck up a friendship when Rodman first traveled to the secretive state earlier this year.

Rodman declined to answer questions from reporters on his arrival at Beijing's airport if the two met on his latest visit.

On Sunday night, he told The Associated Press that he had not yet had a meeting with Kim. He arrived in North Korea on Thursday, a week after North Korea announced the execution of Kim's once-powerful uncle, sparking speculation by foreign analysts over the future of the Kim regime.

Rodman is the highest profile American to meet Kim since the leader inherited power from his father in late 2011.

He wants to bring the group of players to Pyongyang for the exhibition, but has acknowledged that some of the Americans have been reluctant to come. He has held tryouts for the North Korean team during his visit, which began Thursday. He has said he expects to announce the U.S. roster soon, and that he is planning another game in June.

"Given changed circumstances, Paddy Power has decided to withdraw its association with the Dennis Rodman basketball initiative in North Korea," the company said in a statement.

Rodman's agent said the game is on track despite the recent execution of Kim's uncle in a dramatic political purge.

"We've worked with Paddy Power on several occasions before and we respect their decision," Darren Prince said. "We'd like to thank them for all their solid work helping to make Dennis' dream of basketball diplomacy a reality."