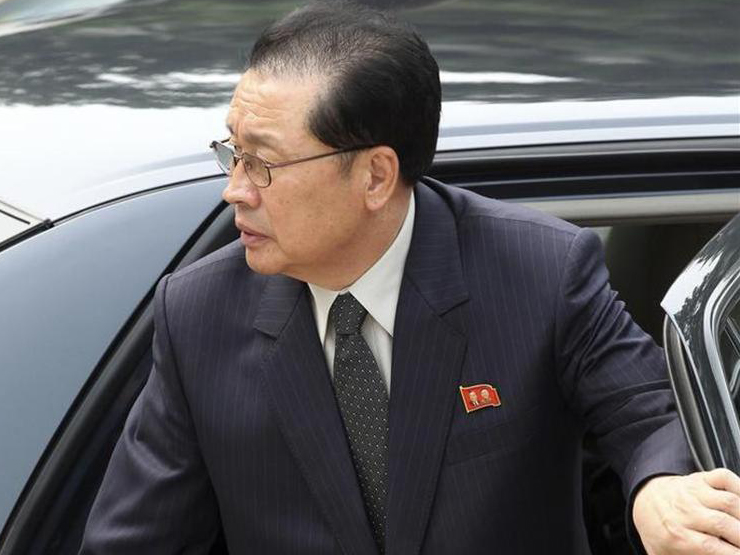 The stunning announcement came only days after Jang Song Thaek - long considered the country's No. 2 power - was removed from all his posts because of a long list of allegations, including corruption, drug use, gambling and womanizing.

In an unusually detailed announcement, the official news agency KCNA said Jang had been tried for "such hideous crime as attempting to overthrow the state by all sorts of intrigues and despicable methods with a wild ambition to grab the supreme power of our party and state."

It called him a "traitor to the nation for all ages" and "worse than a dog."

Kim Jong Un has overseen other high-profile purges since taking after the death of his father, Kim Jong Il, two years ago.  But none of the purges have been as public - or as close to home - as the downfall of Jang, who was seen as helping the younger Kim consolidate power.

Analysts have said that Kim Jong Un has acted swiftly and ruthlessly to bolster his own power and show strength, but there has been fear in Seoul that the removal of Jang and his followers could lead to instability or lead to a miscalculation or attack on the South. Jang had been seen by outsiders as the leading supporter of Chinese-style economic reforms.

"This news will have a noticeable negative impact of North Korea’s relations with China," warned Koreas expert and historian Andrei Lankov, of Kookmin University in Seoul. "But it's too soon to know how much of a negative impact this will have."

North Korea has recently turned to attempts at diplomacy with South Korea and the United States. But tensions have remained high since Pyongyang threatened nuclear strikes on Seoul and Washington last spring, and warn that it would restart nuclear bomb fuel production.

There was no immediate word about the fate of Jang's wife, Kim Kyong Hui, the younger sister of Kim Jong Il. She was also seen as a key mentor to Kim Jong Un after her brother's December 2011 death.

The White House said it could not independently confirm reports of Jang's execution but it has "no reason to doubt" the report from the official Korean Central News Agency that it took place.

Patrick Ventrell, a National Security Council spokesman, said, "if confirmed, this is another example of the extreme brutality of the North Korean regime."

Ventrell said the U.S. was following developments in North Korea closely and consulting with allies and partners in the region.

It was also unusually specific and chilling in its allegations. For instance, the report said that at one point, Jang didn't rise and applaud his nephew's appointment to a senior position because he "thought that if Kim Jong Un's base and system for leading the army were consolidated, this would lay a stumbling block in the way of grabbing the power."

Jang was described earlier this week by state media as "abusing his power," being "engrossed in irregularities and corruption," and taking drugs and squandering money at casinos while undergoing medical treatment in a foreign country.