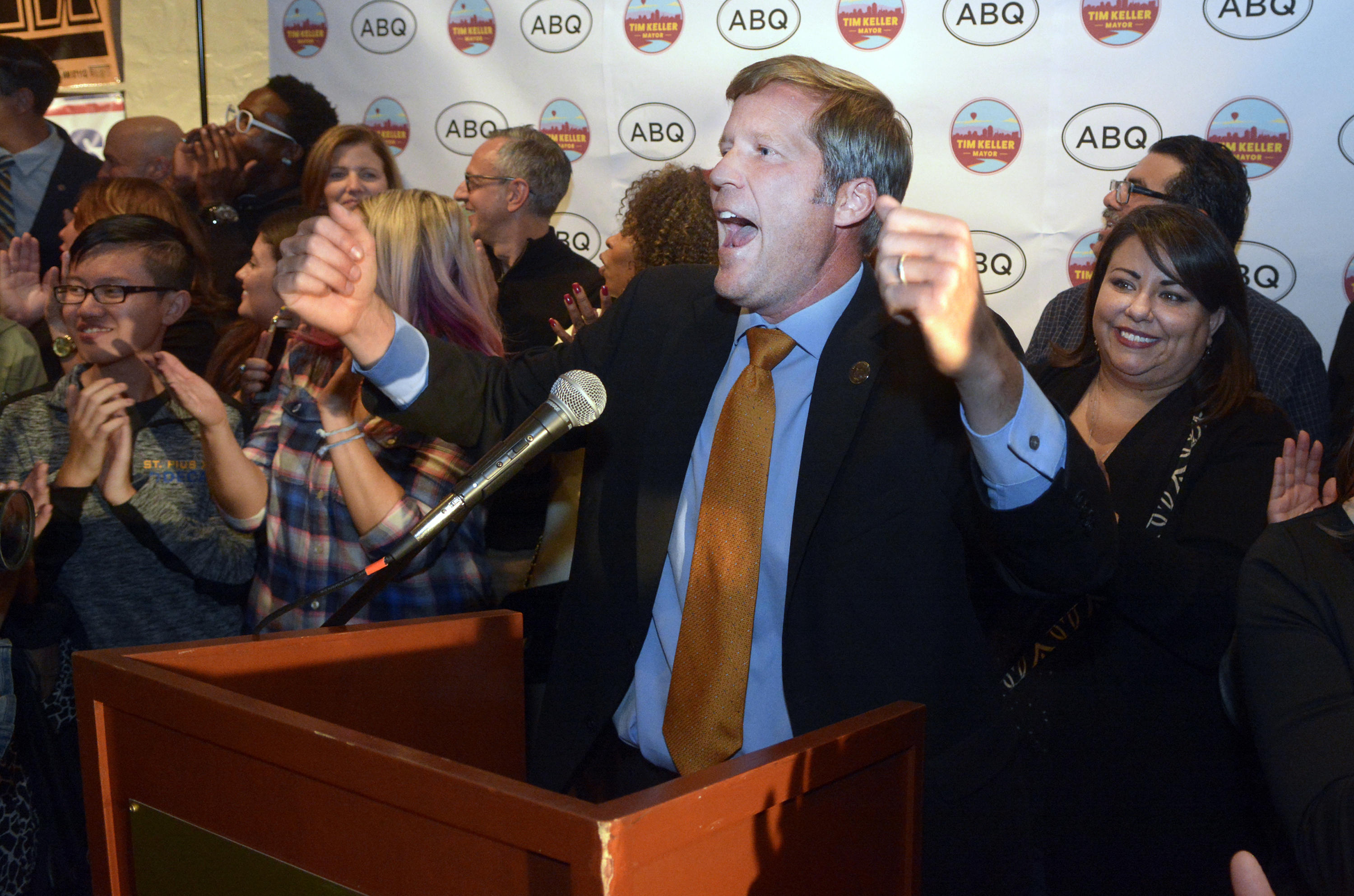 According to unofficial results, Keller beat Republican Albuquerque City Councilor Dan Lewis with 62 percent of the vote compared to 38 percent – results CBS Albuquerque affiliate KRQE called "a blowout" -- in a race that centered on the city's raising crime rates and its struggling economy.

The election came a week after Democrats won governorships and legislative seats in Virginia and New Jersey and took mayoral seats in places such as Helena, Montana.

Keller told a packed room at Albuquerque's historic Andaluz Hotel his victory was a rejection of fear and "language that divided us" - a veiled jab at President Trump.

"We embraced inclusion. We embraced unity," said Keller, who will replace GOP Albuquerque Mayor Richard Berry, who opted not to seek re-election.

Lewis, who joined Keller in a runoff, thanked supporters and said he hoped Keller would succeed as mayor. "I just wish him the very best," Lewis said. "I want him to be a great mayor."

The board didn't issue sanctions against Keller, who has been successful in past campaigns for a state legislative seat and the state auditor's post.

Keller contends the violations weren't intentional, but Lewis said he was disappointed that the ethics board let his opponent off the hook despite finding that he violated the city's election code.

"This ruling serves as proof that Tim Keller lied to Albuquerque voters and illegally worked with his political allies to funnel cash to his campaign," Lewis said late Monday. "How can we trust Tim to hold criminals in this city accountable when he thinks he is above the law himself?"

Keller dismissed accusations that his campaign was dishonest, saying the ethics board noted "our good faith efforts" and provided needed clarity going forward for maintaining a public campaign finance system.

In Albuquerque, Democrats have traditionally had a lock on the mayor's office. Berry was the first Republican to win the seat since the mid-1980s.

Berry said early on he would not seek re-election to a third term, setting the stage for the first mayoral campaign in 20 years without an incumbent on the ballot.

It also marks the city's first mayoral runoff since 1993. Keller and Lewis were the top two vote-getters in the Oct. 3 mayoral election but the runoff was triggered because none of the candidates on the original ballot received 50 percent of the vote.

Keller said he wants to hire more officers and have the Albuquerque Police Department return to neighborhood policing.

KRQE notes that Keller had the endorsement of both the police and fire unions. Members of both said they're thrilled with the election's results.

Keller and Lewis both have called for revamping the police force's administration, which is in the process of implementing federally mandated reforms aimed at addressing what the U.S. Justice Department in 2014 called a culture of excessive force.

The mayoral campaign was in full swing just weeks ago as the FBI released statistics showing violent crime in Albuquerque last year jumped around 16 percent.

The city had a violent crime rate of 1,112 incidents per 100,000 residents in 2016. While the rate isn't among the highest in the nation when it comes to cities of similar size and demographics, it is well above average for cities with a population of 250,000 of more. Cities in that category have an average violent crime rate of 711.

Albuquerque also recorded a property crime rate per 100,000 residents of 6,860 - more than twice the average for cities with a population of 250,000 of more.