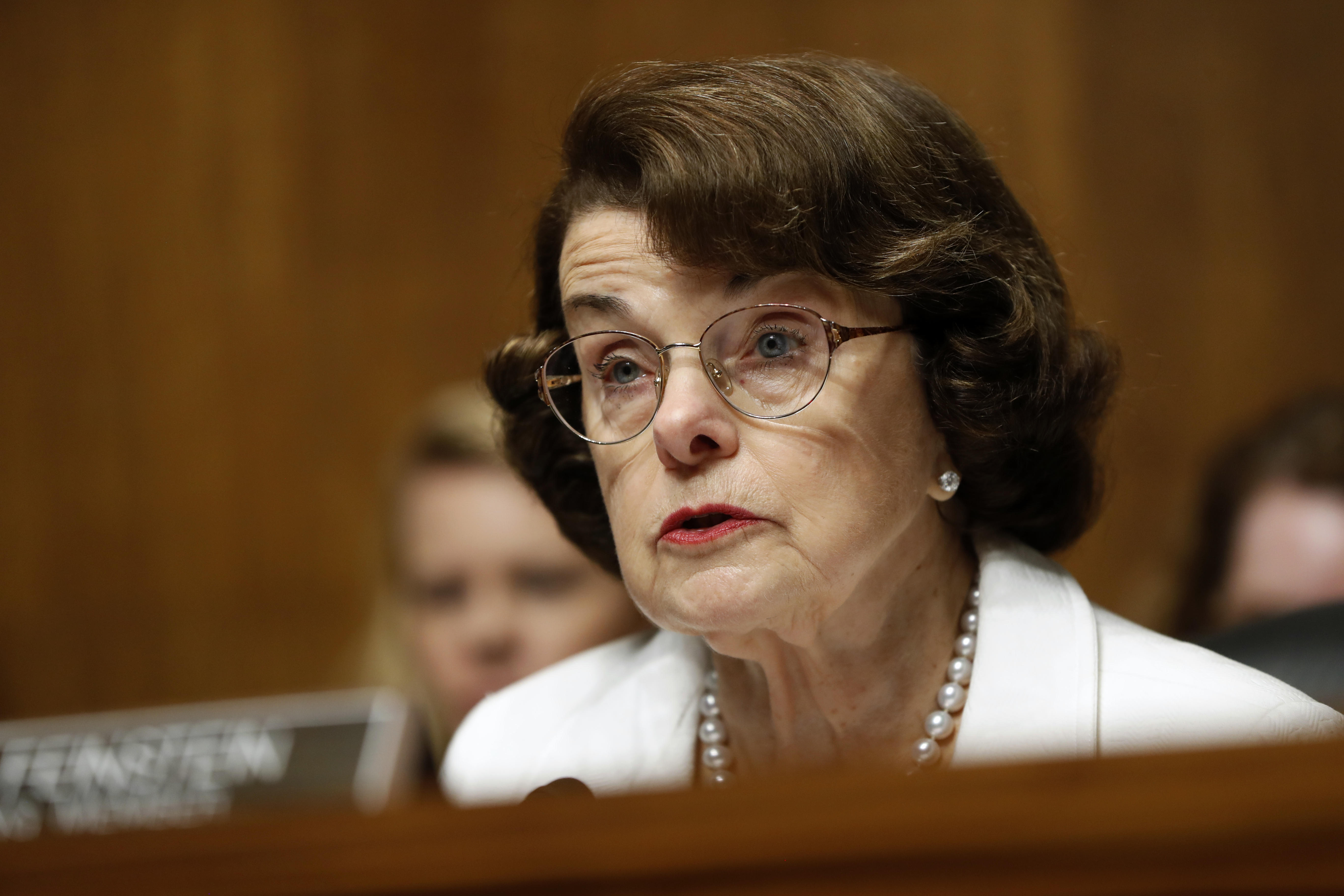 Congressional Democrats blasted President Trump on Tuesday for warning that North Korea will be "met with fire and fury" by the U.S. if it continues to ratchet up tensions involving its nuclear program.

The president made the remark during a briefing on the opioid epidemic from his golf club in Bedminster, New Jersey where he's on a 17-day vacation.

"North Korea best not make any more threats to the United States," Mr. Trump said. "As I said, they will be met with fire, fury and frankly power the likes of which this world has never seen before."

Earlier in the day, it was revealed that a new U.S. intelligence assessment concludes that North Korea has developed the ability to build a nuclear warhead small enough to fit on top of a ballistic missile, including an intercontinental missile that can reach the U.S., reported CBS News' David Martin.

Sen. Dianne Feinstein, D-California, who previously served as a top member of the Senate Intelligence Committee, tweeted that isolating North Korea "has not halted their pursuit of nuclear weapons." She said "diplomacy is the only path forward." Feinstein went on to say Secretary of State Rex Tillerson, who's currently in Asia, should discuss the reopening of North Korea talks with U.S. regional partners.

Rep. Kathleen Rice, D-New York, said that the president's remark sounded more like a statement from "the 'Supreme Leader' of North Korea than from the President of the United States."

Rep. David Cicilline, D-Rhode Island, tweeted a statement that said, "This is not a time for escalating rhetoric that threatens to bring the world to the brink of war."

Rep. Ro Khanna, D-California, said that this is "not the time" to issue more threats and to test North Korea's long-range missiles.

The House and Senate have gone on their month-long recess for August and aren't scheduled to return to Capitol Hill until September.

Sen. John McCain, R-Arizona, also had some tough words for the president.

"I take exception to the president's comments because you've got to be sure that you can do what you say you're going to do," he said in an interview on KTAR Phoenix. "I don't believe that President Reagan or President Eisenhower or other presidents that I've admired would have said the same thing. They might have done as much as we could but not that kind of rhetoric, I'm not sure how it helps."