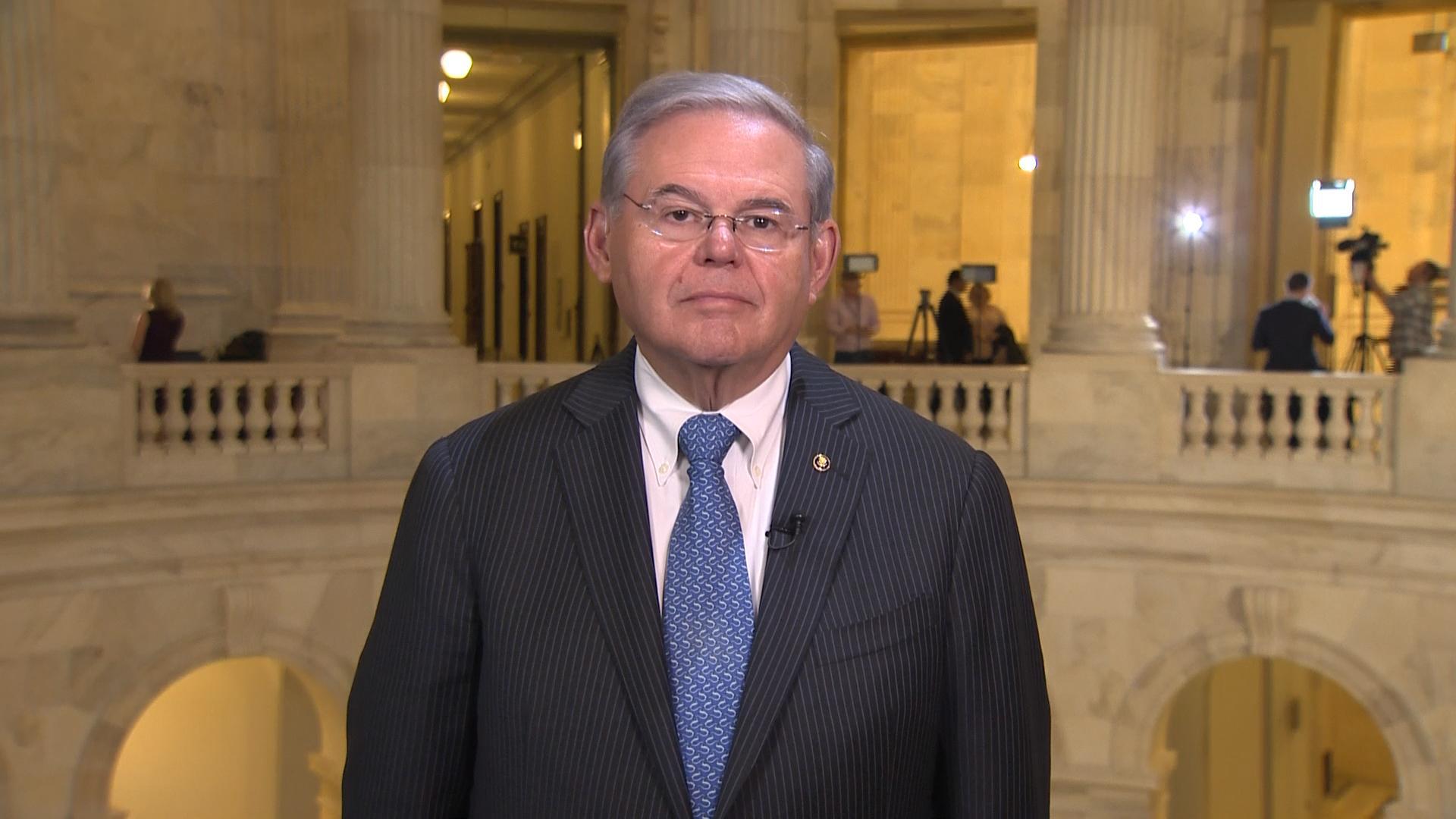 As Secretary of State nominee Rex Tillerson wraps up a day of being grilled by Senate Foreign Relations Committee, one Democratic senator on the committee said it’s “beyond [his] imagination” that Tillerson said he’d never discussed Russia policy with President-elect Donald Trump.

“He said that in his one meeting or his two meetings with the President-elect, he didn’t even discuss Russia -- which is beyond my imagination,” Sen. Robert Menendez (D-New Jersey) told CBSN’s Elaine Quijano in an interview for the daily politics show “Red and Blue.” “And so these are all parts of elements that are going to be concerning as we have to decide in Mr. Tillerson’s nomination.”

By far the strongest objection politicians on both sides of the aisle have to Tillerson, the CEO of ExxonMobil, is his perceived closeness with Russia and Russian President Vladimir Putin. Tillerson and Putin met in the 1990s when Tillerson was working on Exxon projects in Russia; the pair continued to have such a good working relationship that Tillerson was awarded the Russian Order of Friendship in 2013.

Those ties to Russia were a big part of the questions Tillerson got from Senate members in Wednesday’s hearing -- including Menendez.

Asked whether he was concerned about Tillerson’s response on the issue of Russian sanctions, Menendez replied: “I’m worried about his views on sanctions in general.”

“We just introduced a bipartisan package of extending sanctions on Russia -- he wouldn’t express himself on that,” Menendez said. “He says he didn’t even know that Exxon was lobbying against sanctions against Russia and Iran, and yet I produced lobby reportings that showed than Exxon had.”

Menendez continued, saying he was encouraged to hear that Tillerson -- unlike, at times, Mr. Trump -- said he believes the U.S. should stand by its NATO commitments. Still, he added, it doesn’t mean much unless Mr. Trump agrees with Tillerson on the issue.

Ultimately, Menendez said, he worried that Tillerson didn’t have a good enough grasp of Mr. Trump’s foreign policy views to be a credible emissary for Mr. Trump abroad.

“In terms of his conversations with the President-elect -- I don’t know how he’s going to get to speak for him unless he knows what positions and views he has,” Menendez said.

Menendez also had some criticism for Mr. Trump, who said during his press conference in New York today that he considers Putin’s praise of him to be “an asset, not a liability.”

“Putin is KGB -- that’s where he cames from, he believes in the greater Russia,” he said, referring to the former Soviet security agency. “Unless you understand that, and you understand that Putin only understands strength as a response to what he does, then admiration is not going to win the day … right now I think [Trump] is treating Putin in the wrong way.”

Asked about the highly unusual move by Sen. Cory Booker (D-N.J.) to testify against Sessions, one of his fellow senators, Sen. Jim Inhofe (R-Oklahoma) said Booker was putting his 2020 presidential ambitions ahead of his duties to choose the right man for the job.

“Cory Booker’s running for president and he wants to get out there in front,” he told Quijano, also for the CBSN show “Red and Blue.” “...There’s no one who is better qualified, no one who is more compassionate than Jeff Sessions.”

Inhofe, who serves on the Senate Armed Services Committee, praised Mr. Trump’s defense secretary pick, Ret. Gen. James Mattis -- and said he believes Congress should waive the requirement that Mattis be out of government for seven years before serving

He cited Gen. George C. Marshall, who served as President Truman’s secretary of state and secretary of defense after WWII, as another example of a retired general who ultimately was excused from the seven-year rule for good reason.

“Mattis is one of the most qualified, the toughest guys out there,” he said, saying Mattis is the “right person in the right job at the right time.”