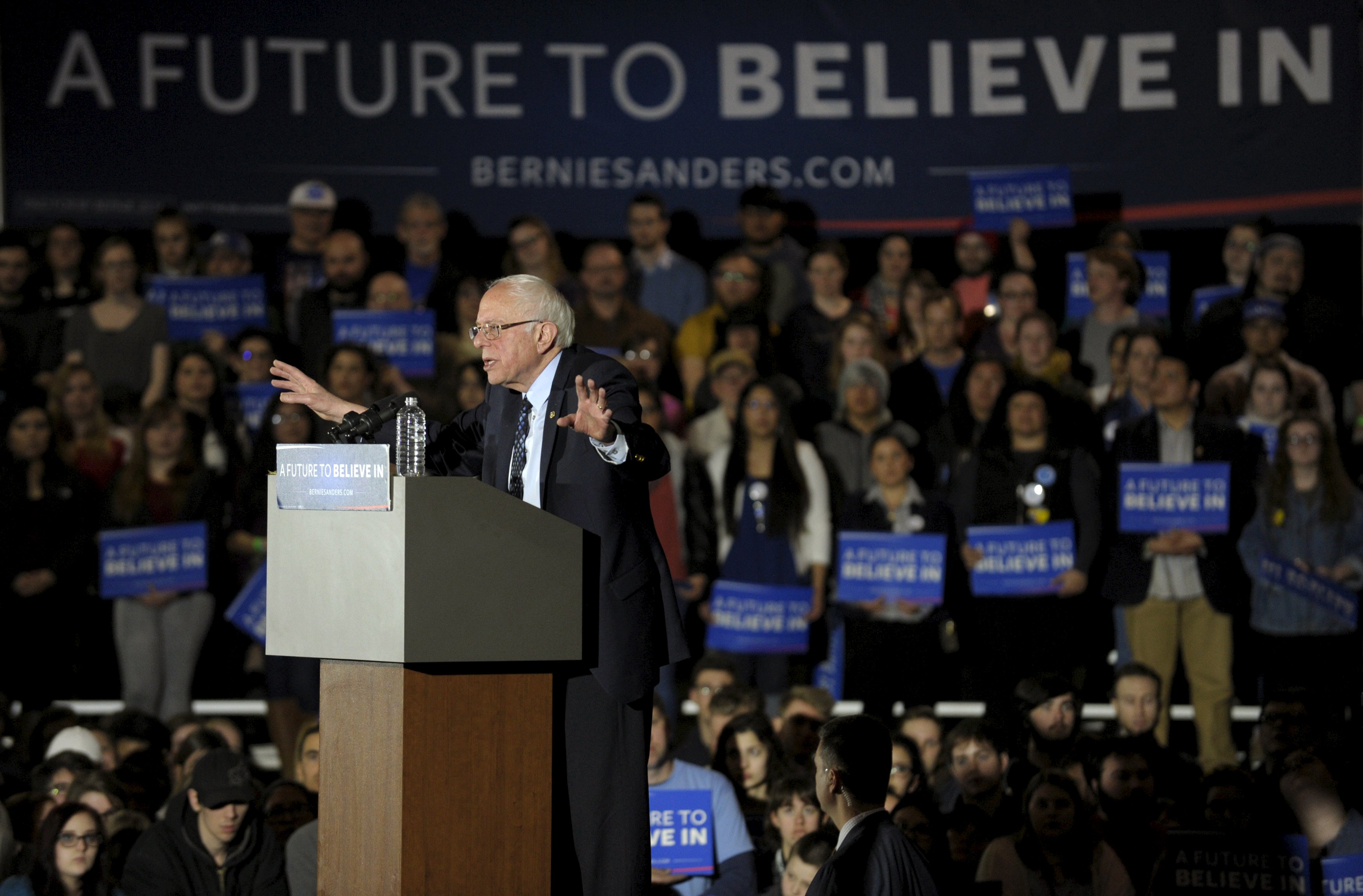 Addressing a Detroit crowd at a campaign rally, Clinton commented on Saturday's contests.

"I want to congratulate Senator Sanders for running a strong campaign," she told supporters. "I am thrilled we are adding to our pledged delegate count. I am grateful to everyone who turned out to support us."

She set her sights on future primary contests, declaring that after Saturday's results, "now all eyes turn to Michigan."

She also turned her attention to the general election and slammed her adversaries on the Republican side shortly after polls closed in Louisiana.

"They will rip away all the progress we've made under President Obama," Clinton said.

The two Democratic candidates will face off Sunday at a primary debate in Flint, Michigan.

With 75 percent of results in, Sanders has 55 percent of the vote, compared to Clinton's 45 percent.

The state's Democratic party announced the official victory in a tweet, congratulating the Vermont senator on drawing Kansas voters who were "feeling the Bern."

Kansas will award 33 delegates in the Democratic primary race.

Two other states vote Saturday: Louisiana holds a primary and Nebraska hosts caucuses. A total of 109 delegates are at stake on Saturday across the three states.

The weekend's primary events continue on to Sunday: The two Democratic candidates will face off for a debate in Flint, Michigan Sunday evening, just as the state of Maine holds its caucus.