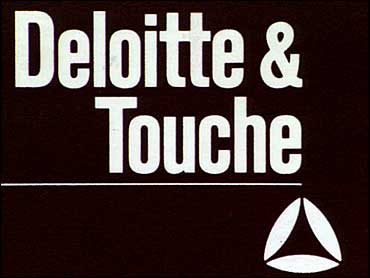 MIAMI - A pair of lawsuits filed Monday claim that Deloitte & Touche LLP, one of the nation's largest accounting firms, should pay $7.6 billion in damages for failing through years of audits to detect massive fraud at a now-defunct Florida mortgage company.

"They certainly did not do their job," said attorney Steven Thomas, who represents those suing Deloitte. "This is one of those cases where the red flags are staring you in the face, and you've got to do a lot, and they did not."

Deloitte spokesman Jonathan Gandal responded that the company rejects the claims, calling them "utterly without merit."

The fraud began in 2002 and took multiple forms until Taylor Bean collapsed two years ago. The Ocala-based company shut down after federal agents raided its headquarters in August 2009, which led to the failure of Alabama-based Colonial Bank — the sixth-largest bank failure in U.S. history.

Seven Taylor Bean executives were convicted of federal criminal charges, including former chairman Lee B. Farkas, who was sentenced in June to 30 years in federal prison. Federal prosecutors called the criminal case one of the most significant to arise out of the nation's financial meltdown.

Gandal said the blame for the fraud and losses should rest squarely on Taylor Bean, Ocala Funding and Farkas.

"The bizarre notion that his engines of theft are entitled to complain of injury from their own crimes and to sue the outside auditors they lied to defies common sense, not to mention the law," Gandal said on behalf of Deloitte.

According to the lawsuits, Deloitte's certifications of Taylor Bean's books were critical to maintaining its appearance as a legitimate, profitable mortgage business. In fact, the lawsuits contend, Taylor Bean was selling fake or grossly overvalued mortgages, misstating its liabilities and hiding overdrawn bank accounts, among other misdeeds.

"Deloitte missed this fraud because it simply accepted management's conflicting, incomplete and often last-minute explanations of highly-questionable transactions, even though those explanations made no sense and were flatly contradicted by documents in Deloitte's possession," one of the lawsuits says.

Deloitte quit as Taylor Bean's auditor in 2009, just as the federal investigations were ramping up.

The Ocala lawsuit includes an e-mail exchange in which Deloitte auditors are raising questions about various financial transactions, including one involving $6 billion that was just being analyzed for the first time a few hours before the deadline for the audit's completion. This "rush to certify" in the face of possible financial irregularities was another symptom of Deloitte's negligence, the lawsuit contends.

"These accounting firms have a public watchdog duty," Thomas said. "You have a duty to the public. When is that going to actually happen?"