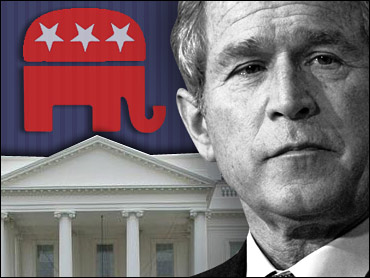 This column, Other People's Money, is written by CNET's Declan McCullagh. It will appear each Wednesday on CBSNews.com.

The Republicans deserved to lose.

This election's stunning results are testament to Barack Obama's oratory, background, and skills as a politician. They also amount to a repudiation of today's Republican Party.

The rejection is richly deserved. Over the last eight years, Republican politicians increased the national debt by roughly 2.5 times, ran up what may be a multi-trillion dollar tab in an unnecessary war in Iraq, and spent hundreds of billions on a Wall Street bailout that seems to be doing little good.

Then there was the debacle called Gitmo, a general disdain for basic principles of federalism, the warrantless wiretapping program and hostility to the rule of law, the ascent of so-called neoconservatives, and dizzying fiscal recklessness and government growth. In this decade alone, over 700,000 new pages of proposed or final federal regulations have appeared.

President Bush can claim some successes, including his 2001 tax cuts, his sincere support for immigration reform, and his enthusiasm for free trade (with some protectionist lapses). He was on the right track with private accounts for Social Security and health savings too.

But those stands can't make up for the rest of his party's policies, such as its enthusiasm for a war that has yielded infamous torture memos and caused the deaths of thousands of American troops and at least 88,000 Iraqi civilians.

If a Democrat had proposed many of the above ideas, Republicans would have yowled. Instead, they adopted them as part of the GOP platform.

No wonder we're not hearing about President-Elect John McCain today.

Perhaps this was an impossible election for any Republican to win. But it was McCain's position during the September debate over the bailout bill that seemed to doom his campaign.

In mid-September, both McCain and Obama enjoyed roughly even odds of winning. Then, after the Arizona senator signed onto the bailout, he slipped so far down he could never climb back. Republican pollster Frank Luntz says McCain could have been a "hero to tens of millions of hard-working middle-class voters who resent seeing their tax dollars handed over to fund the retirement packages of the Billionaire Boys Club."

From the Republicans' perspective, perhaps the best that can be said about their losses on Tuesday is that the GOP has been given a second chance to figure out what its principles are.

Unfortunately, that describes concepts that today's Republicans have either discarded or forgotten. Neither the act of creating the U.S. Department of Homeland Security nor the choice to push for the No Child Left Behind law, to take just two examples, would jibe with Reagan's ideas of "less government interference" and "less centralized authority."

Neglect of those principles has created a dangerous situation in the U.S. Congress, where Democrats have just gained five Senate seats and are close to becoming a political monopoly.

Neither party is especially prudent on fiscal matters, of course. But the ability of either to exercise monopoly power in Washington, or something close to it, should worry anyone concerned about limits on government and worried about new taxes and harmful restrictions on free trade.

Divided government has its benefits. One calculation says the best times for the U.S. stock market -- a 20.2 percent stock market return and a 4 percent GDP increase -- happened under a Democratic president and a Republican Congress. Then there's the remarkable stock market boom after the 1994 mid-term election.

If the GOP can do some honest soul-searching and kick its big government addiction, it might get somewhere in the 2010 elections. Otherwise, we may have just witnessed the dawn of a long-lasting Democratic majority.

Too many Republicans have gotten away with talking up free markets, limited government, and the power of the individual, while quietly doing the opposite once elected. This year, at least, voters seemed to have figured that out.