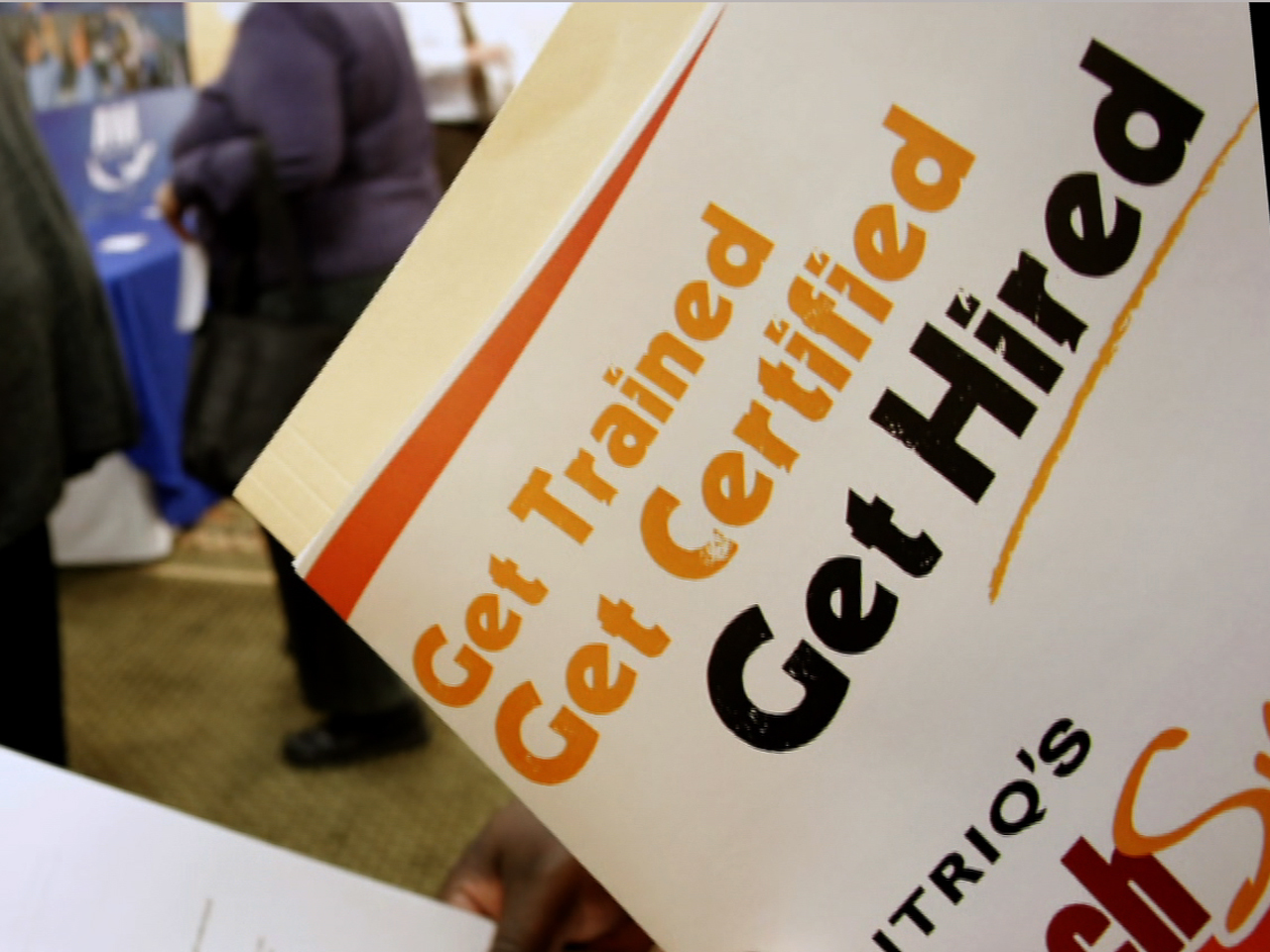 Expectations were high for the December employment numbers after the Institute for Supply Management (ISM) employment index jumped to its highest level since June; weekly jobless claims dropped and a strong ADP report on private sector hiring. When the stronger-than expected number hit the wires, you could almost hear the collective "phew" from economists and analysts who have been fooled by these reports in the past.

Mark Thoma: Unemployment declines, but are we out of the woods?

The trend for jobs is going in the right direction, but like the housing market, there is no magic tonic that will cure the deep, ill effects of the Great Recession. There are still 13.1 million unemployed Americans and the number of long-term unemployed remains at a still-high 5.6 million, or 42.5 percent of the unemployed.

There are glimmers of hope. As Floyd Norris of the New York Times points out, the much-maligned manufacturing sector has been a standout, generating a net gain of about 325,000 jobs since the February 2010 lows. Health care has also seen smart gains in the recovery, adding 315,00 last year. Unfortunately, there are also millions of Americans who don't possess the skills to land a plum job, so they have fallen back on food services, which added a total of 230,000 jobs in 2011, or have been forced to cobble together low-paying or part-time jobs to make ends meet. The number of people working part-time for economic reasons stands at 8.1 million.

The Great Recession really was a doozy; it vaporized 6.2 million payroll jobs and wiped out about $6 trillion in housing equity and wreaked havoc on investment accounts. You don't have to be an economist to know that damage of that magnitude means that the recovery is going to be long and painful. As economists and authors Carmen Reinhart and Kenneth Rogoff ("This Time Is Different: Eight Centuries of Financial Folly") note, that "GDP growth and housing prices are significantly lower and unemployment higher" in the seven- to 10-year recovery period that follows an asset and credit bubble burst.

You only have to recall the first three sessions of Econ 101 to figure out why a long recovery is our destiny: demand is not strong enough to propel growth. That's because U.S. consumers, who make up about 70 percent of G.D.P., are still paying down debt, watching their home equity shrink and as a result, are not spending with gusto. Without more sustained spending, employers aren't in a rush to hire.

Still, with four years down and job creation improving, the December jobs report was a good way to end the year.December Jobs Report:

-- Total Jobs Lost since beginning of recession in 2007: 6 million

-- Long-term unemployed (jobless for 27 weeks and over): 5.6 million representing 42.5 percent of the total unemployed (from 5.7 million)