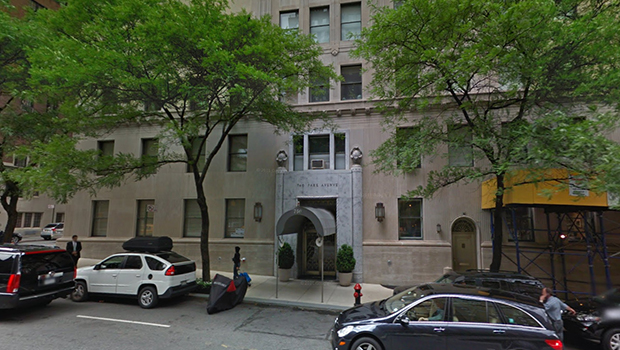 The French government is bidding adieu to a rich piece of New York City real estate.

France is asking $48 million for an 18-room duplex located at 740 Park Avenue, the exclusive Manhattan apartment building where Jacqueline Kennedy Onassis grew up and that is known for turning down celebrity would-be purchasers such as Barbra Streisand and Barbara Walters. Its "who's who" list of tenants, which have included John D. Rockefeller and Marshall Field III, has earned the building the title of "the world's richest apartment building."

The sale of the apartment, which had been home to the French United Nations ambassador, as well as a Fifth Avenue townhouse, are aimed partly at reducing France's government debt, which stands at $1.9 trillion euros ($2.6 trillion). That has prompted President Francois Hollande to pledge cutbacks in public spending.

"It appears that in some cases we can get a more appropriate residence for the needs of modern diplomacy at lower costs," Dana Purcarescu, deputy press counselor for the French Embassy in the U.S., wrote to CBS MoneyWatch. "In relocating the residences, we look for smaller surfaces, with reduced recurring costs."

With the sales of the two properties, the French Foreign Affairs Ministry is also seeking to manage its real estate holdings more efficiently, Purcarescu wrote.

While the property sales won't make much of a dent in reducing France's overall debt, they'll likely rank among some of the priciest real estate transactions in Manhattan, already known for sky-high prices. The apartment at 740 Park is almost 30 times more expensive than the average Manhattan apartment, which set a record price of $1.7 million in the first quarter.

McDonald's becomes latest company to be hit by data breach

The 18-room duplex, which has a private elevator vestibule, includes seven bathrooms, five fireplaces, two maid's rooms and a small terrace. The property is described by real estate firm Brown Harris Stevens as "resplendent with outstanding natural light streaming in from 38 windows."

The French Foreign Ministry is also selling a 1923 townhouse located on Fifth Avenue, described as "one of six remaining private residences on Fifth Avenue facing Central Park." The 16,000 square-foot property listed for $32.5 million.