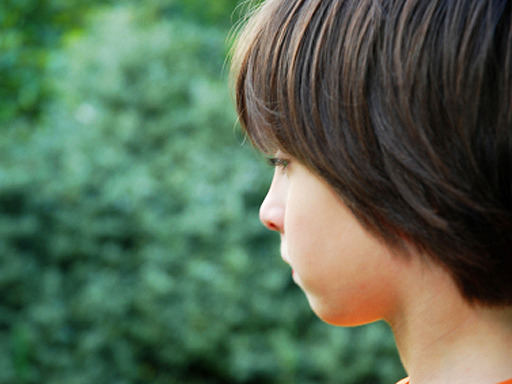 The death of a loved one often comes with devastating consequences for those left behind. In adults, grief caused by the death of a spouse or child has been linked to a number of negative health affects, including heart trouble and increased risk of death.

Yet, when it comes to children, there has been little research done on both the short- and long-term effects of the death of a loved one.

Now, a new study published in JAMA Pediatrics found that the death of a sibling in childhood was associated with an increased risk of death in both short- and long- term.

“Sibling relationship tends to be the longest and the most intimate in family, thus the death of a sibling can be a devastating life event, especially when this event happens at early ages,” study author Yongfu Yu, Ph.D., of Aarhus University Hospital in Denmark told CBS News. “However, to our knowledge, no study has investigated the effects of sibling death in childhood on subsequent mortality in bereaved siblings with a long follow-up time.”

For the study, the researchers analyzed data on more than 5 million Danish and Swedish children who survived the first six months of life. Of those, nearly 56,000 children -- about 1.1 percent -- experienced death of a sibling during childhood (from six months after birth until age 18).

During a follow-up period of 37 years, 534 in the bereaved group died.

The researchers found that compared to those who did not experience the death of a sibling, the children who did had a 71 percent increased risk of death from all causes. This increased risk was higher in the first year after a sibling’s death and among same-sex sibling pairs or siblings with a small age difference.

While more research is needed to determine potential underlying reasons for the increased risk, Yu notes that since the study took place in Denmark and Sweden, lack of health care or other basic needs likely did not play a role.

Rather, genetics, psychological stress, or parents’ behavioral changes after the death of a child may factor in.

“However, the underlying mechanism is still unclear,” he said. “Further research is required.”

In light of the research, Yu says doctors may want to take extra care when seeing children who have experienced death of a brother or sister.

“Health professionals should be aware of children’s vulnerability after experiencing sibling loss, especially for same-sex sibling pairs and sibling pairs with a close age difference,” he said. “Tailored social support may help to reduce the level of grief and minimize potential adverse health effects on the bereaved individuals.”

Yu said more research is needed, as the increased risk of death seen in children who have lost a sibling “might represent the tip of the iceberg,” indicating more substantial negative impacts of the bereavement on health and family resources.

“Further research on social environment and family characteristics might help identify the most vulnerable subgroups of bereaved children, as well as other family members,” he said.

A new use for dating apps: Chasing STIs
Ashley Welch