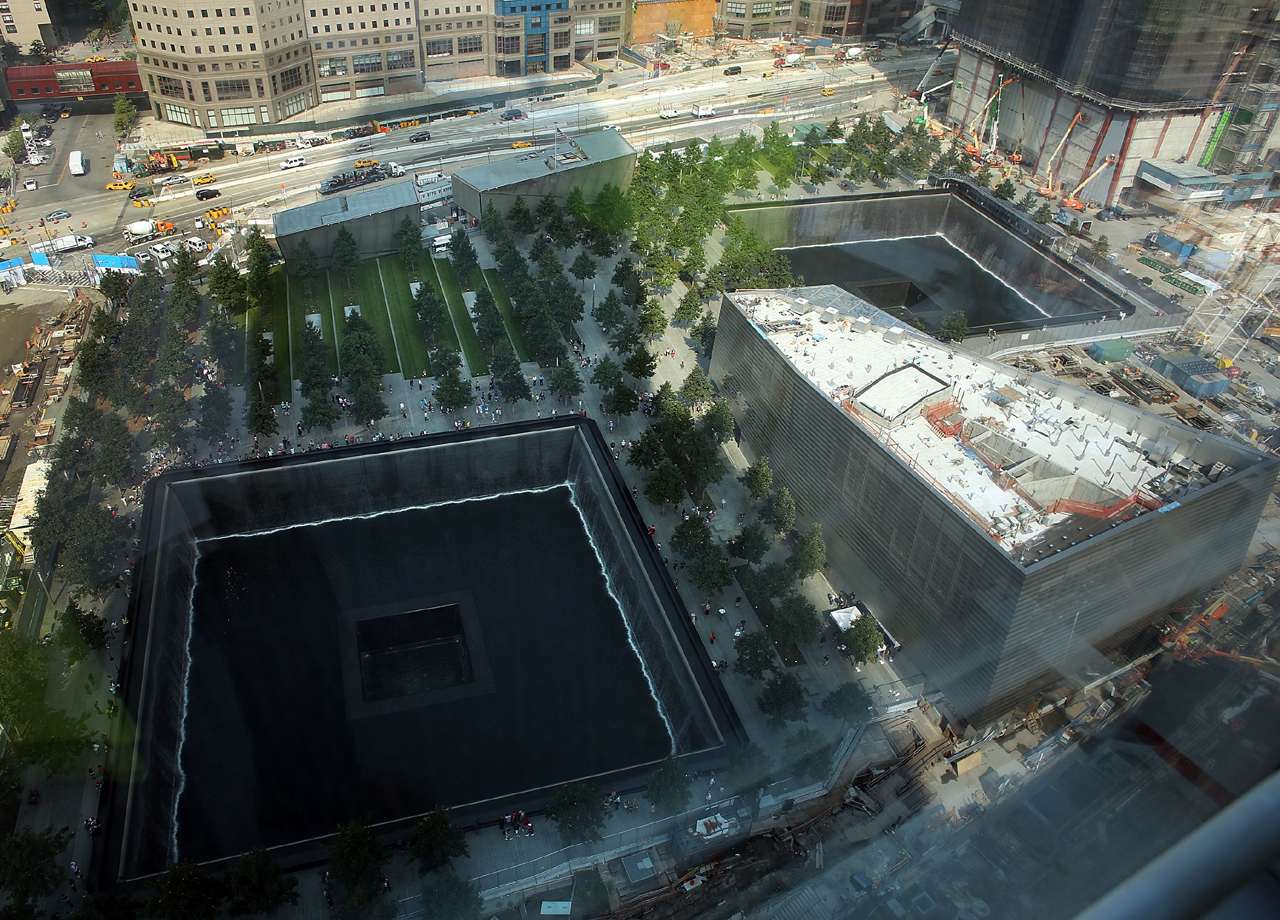 (CBS News) NEW YORK - Tri-State Area officials announced an agreement Monday that will lead to the completion of the Sept. 11 museum.

The fountains that flow in the footprints of the twin towers have drawn more than 4.6 million people in the year since they've been open. But the memorial was to also feature a museum honoring the attack's nearly 3,000 victims, originally promised by the Port Authority of New York and New Jersey to be opened in 2009. Then delays pushed it to today. But the doors remain closed.

"It's been frustrating and painful for victims' families," Monica Reedman, who lost her husband, Michael Iken in the attack, told CBS News.

Cuomo said the agreement between the Port Authority and the foundation that controls the National September 11 Memorial & Museum was reached late Monday.

"By ensuring that no additional public funds are spent to complete the Memorial and Museum, today's agreement puts in place a critical and long overdue safeguard to finally protect tollpayers and taxpayers from bearing further costs, and, at the same time, put the project on a path for completion," Cuomo said in a statement released Monday night.

The Port Authority owns the World Trade Center site. The museum was once scheduled to open this year. Work slowed late last year when subcontractors at the site stopped getting paid.

(To watch Jim Axelrod's "CBS This Morning" report click on the video player above.)

Construction on the museum will begin at the end of the month, according to Mayor Bloomberg.

"Were going to build a museum that is really important to the families of the 9/11 victims and to all of those that contributed photos and mementos and trying to preserve the memories of those they loved that are no longer here," Bloomberg told reporters, including WCBS's Sean Hennessey.

Meanwhile, Tuesday's anniversary will mark the first time elected officials will not be included in the reading of the victims' names, but politicians are still invited to attend remembrance ceremonies.

"It's a very solemn day tomorrow, and the message I guess is your heart goes out to the families, but for those of us that didn't lose anybody, we've just got to make sure that we educate the next generation so this does not happen again," Mayor Bloomberg said.

Spokesmen for Cuomo and Christie said the governors were fine with the decision made by the memorial organizers to exclude politicians from Tuesday's ceremony.

The museum, built beneath the memorial's trees and reflecting pools, is nearly complete. The ornate entrance, and main exhibition halls are ready to go. But a funding dispute between the foundation and the Port Authority - the agency in charge of construction - has left the museum unfinished and at least a year away from opening, at best.

"It's about, do we have the money now to finish where we are, and do we have a plan in place to ensure that the museum can be sustainable financially going forward," said Scott Rechler, vice chairman of the Port Authority.

The annual cost of operating the memorial and museum is pegged at $60 million - that includes extra security and fountain maintenance. By comparison, the USS Arizona Memorial at Pearl Harbor costs $3.4 million to run . . . Arlington National Cemetary, $45 million.

Two months ago, hundreds of victims' relatives wrote a letter to the Governors of New York and New Jersey (who jointly oversee the Port Authority), calling the halted work "a betrayal of those who died on 9/11."

Those words seem to have resonated. Late last night - at the 11th hour, so to speak - an agreement between New York's Mayor and the Governors of New York and New Jersey put an end to the stalemate, said Jim Axelrod.

(To watch Axelrod's "CBS This Morning" report click on the video player above.)

Bloomberg said there will still be fundraising to do and the project will take as long as necessary to complete.

"Our first concern is safety, our second concern is making sure we do it right so that this museum is the same quality as the memorial and will be around for many generations," Bloomberg said. "Our third concern is that we do it as affordably as possible and then and only then do we worry about a date."

The mayor also hinted that the financial books will be more open as the Port Authority had requested.

"I think this is a good example of democracy at work," Bloomberg said.

Christie also released a statement saying he was "gratified to be a part" of the "commitment and agreement . . . to immediately resume around-the-clock construction at the 9/11 Museum."

The news came on the same day the federal government determined the smoke and fumes at ground zero can cause cancer and that 50 types of cancers will be added to the James Zadroga Health Fund that provides healthcare to 9/11 first responders.

Earlier, funding for the museum was the subject of a dispute between Cuomo and Bloomberg. The museum was supposed to be open by Tuesday, but questions about funding have caused a work stoppage.

Cuomo went on a radio show in Albany and said the 9/11 Memorial and Museum needed to raise hundreds of millions of dollars without raising Port Authority tolls.

Mayor Bloomberg, the chairman of the Memorial and Museum Foundation, said the money was all there.

"The governor has not been well-informed by his staff," Mayor Bloomberg said earlier. "I think it's true we have already given the Port Authority every single penny that we are required to. They are holding the funds. The Port Authority has not released those funds, if I remember."

"The obligations that the Port [Authority] has are well-documented and the obligations that the foundation have are well-documented. My recollection is we originally were going to agree to raise a couple hundred million dollars and they came back and wanted another $75 million. We raised over $450 million, so we've done all of that," Bloomberg added.