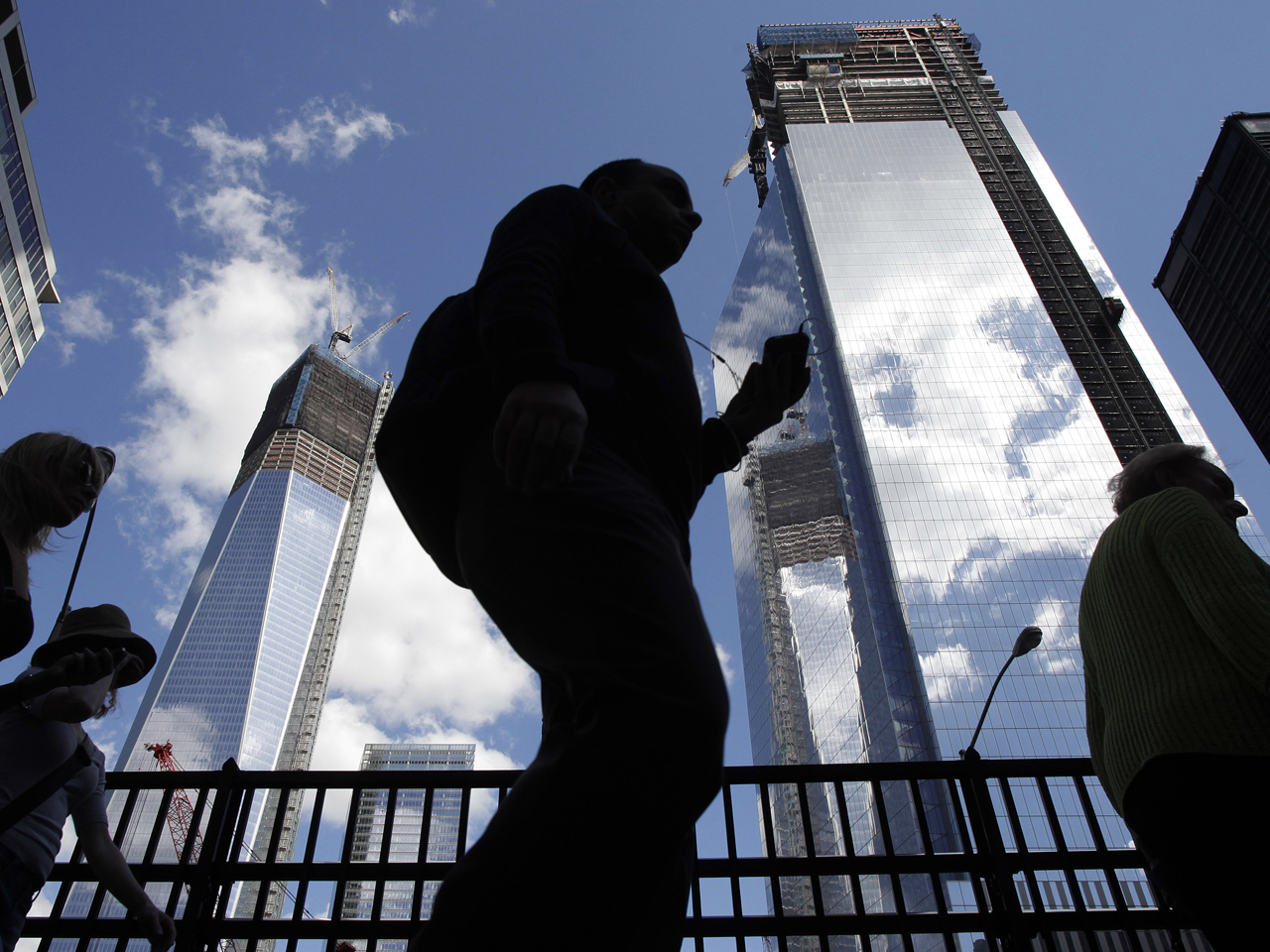 Victims' families and others were poised to gather and grieve Tuesday at ground zero, the Pentagon and near Shanksville, Pa., for the first time after the emotional turning point of last year's 10th anniversary.

And in New York, there was a sense that it was a season of change and moving forward for the ground zero ceremony. It followed a last-minute breakthrough on a financial dispute that had halted progress on the Sept. 11 museum, and the commemoration itself was to be different: For the first time, elected officials won't speak at an occasion that has allowed them a solemn turn in the spotlight, but also has been lined with questions about separating the Sept. 11 that is about personal loss from the 9/11 that reverberates through public life.

To Charles G. Wolf, it's a fitting transition.

"We've gone past that deep, collective public grief," says Wolf, whose wife, Katherine, was killed at the trade center. "And the fact that the politicians will not be involved, to me, makes it more intimate, for the families. ... That's the way that it can be now."

Political leaders still are welcome to attend the ground zero ceremony, and they are expected at the other commemorations, as well.

President Obama and first lady Michelle Obama plan to attend the Pentagon ceremony and visit wounded soldiers at Walter Reed Army Medical Center. Vice President Joe Biden and Secretary of the Interior Ken Salazar are expected to speak at the Flight 93 National Memorial near Shanksville, at the site where the hijacked United Airlines plane went down.

Officeholders from the mayor to presidents have been heard at the New York ceremony, reading texts ranging from parts of the Declaration of Independence and the Gettysburg Address to poems by John Donne and Langston Hughes.

For former New York Gov. George Pataki, this year's change ends a 10-year experience that was deeply personal, even as it reflected his political role. He was governor at the time of the attacks.

"As the names are read out, I just listen and have great memories of people who I knew very well who were on that list of names. It was very emotional," Pataki reflected by phone last week. Among his friends who were killed was Neil Levin, the executive director of the Port Authority of New York and New Jersey.

But Pataki supports the decision not to have government figures speak.

"It's time to take the next step, which is simply to continue to pay tribute," Pataki said.

The National Sept. 11 Memorial and Museum — led by Mayor Michael Bloomberg as its board chairman — announced in July that this year's ceremony would include only relatives reading victims' names.

The point, memorial President Joe Daniels said, was "honoring the victims and their families in a way free of politics" in an election year.

Some victims' relatives and commentators praised the decision. "It is time" to extricate Sept. 11 from politics, the Boston Globe wrote in an editorial.

But others said keeping politicians off the rostrum smacked of ... politics.

The move came amid friction between the memorial foundation and the governors of New York and New Jersey over financing for the museum — friction that abruptly subsided Monday, when Bloomberg and New York Gov. Andrew Cuomo announced an agreement that paves the way for finishing the $700 million project "as soon as practicable."

Before the deal, Cuomo, a Democrat, and New Jersey Gov. Chris Christie, a Republican, had signaled their displeasure by calling on federal officials to give the memorial a financial and technical hand. Some victims' relatives saw the no-politicians anniversary ceremony as retaliation.

"Banning the governors of New York and New Jersey from speaking is the ultimate political decision," said one relatives' group, led by retired Deputy Fire Chief Jim Riches. His firefighter son and namesake was killed responding to the burning World Trade Center.

Spokesmen for Christie and Cuomo said the governors were fine with the memorial organizers' decision.

Of course, it's difficult to remember 9/11 without remembering its impact on the nation's political narrative.

After all, "9/11 has defined politics in America" since 2001, said Costas Panagopoulos, a Fordham University political science professor. "At the end of the day, 9/11 was a public tragedy that affected the nation as a whole."