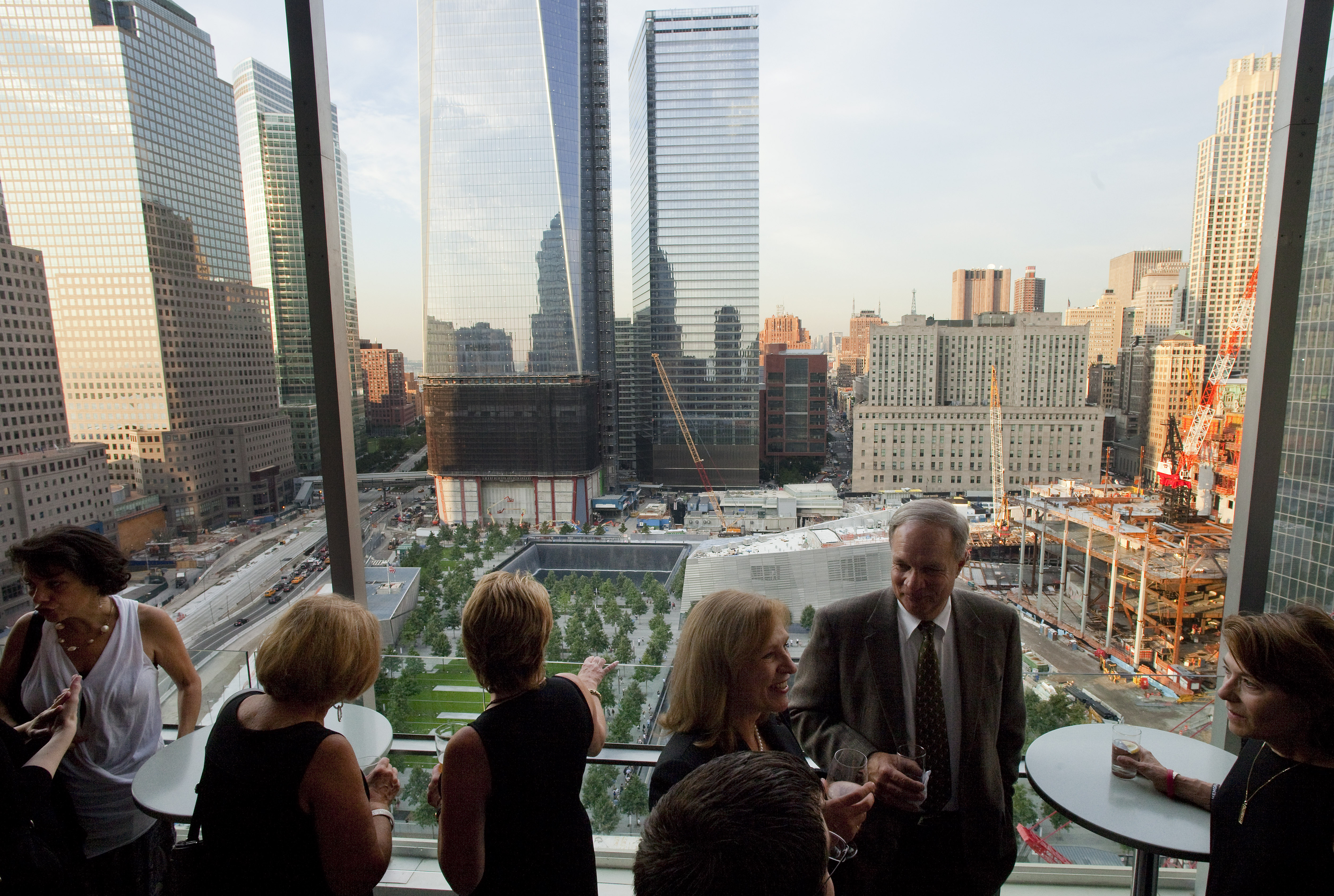 (AP) NEW YORK - A debate over balancing the need to honor the memory of Sept. 11 with the enormous costs of running a memorial and museum at ground zero has been reawakened on the eve of the attacks' 11th anniversary, as officials faced questions Monday over the project's expected $60 million-a-year operating budget and an agreement paving the way for the museum's completion was reached.

The number comes on top of the $700 million construction cost of the National Sept. 11 Memorial and Museum. A report Sunday by The Associated Press noted that $12 million a year would be spent on security, more than the entire operating budgets of Gettysburg National Military Park and the monument that includes the USS Arizona Memorial at Pearl Harbor, Hawaii.

Mayor Michael Bloomberg, who leads the board of the nonprofit foundation that controls the museum and memorial, on Monday called the memorial's operating cost a necessity for security and other costs unique to hosting millions of visitors a year on the reborn site of two terror attacks, in 1993 and 2001.

Some congressional Democrats underscored their efforts to help get federal money to cover some of the operating cost, while a Republican senator reiterated his opposition. Even some victims' family members are divided over whether the annual price tag represents the price of paying tribute to the nearly 3,000 lives lost or the cost of unnecessary grandeur.

At ground zero, several visitors Monday to the memorial plaza were surprised - but not put off - by the $60 million-a-year figure.

"Really?" said Pat Lee, 57, a Walmart manager from Atlanta. But, she said, "I don't think the money is too much. Because it's important to keep alive the memory of what happened."

The memorial, the centerpiece of the rebuilt World Trade Center site, includes a serene, solemn memorial plaza, where waterfalls fill the fallen towers' footprints, and a mostly underground museum that is to house such artifacts as the staircase workers used to escape the attacks.

The plaza opened last year and has drawn 4.5 million visitors so far. The museum was to have been finished by Tuesday, but progress has stopped amid a construction-costs fight between the memorial foundation and the Port Authority of New York and New Jersey, the agency that owns the trade center site. The Port Authority claimed the memorial foundation owed it $300 million for infrastructure and revised project costs; the foundation has argued it's owed money because of project delays.

(At left, watch a report from CBS Evening News correspondent Anthony Mason on the 9/11 Museum's struggle to open on time.)

The parties involved in the dispute said Monday they had reached an agreement. Their memorandum of understanding addresses issues including coordination of the site and general financial terms but doesn't go into detail on specific levels of financing. The agreement outlines that the memorial will have six months' operating expenses on hand as net working capital and that it will give the Port Authority a security deposit equal to six months' utility expenses, but it doesn't say what those figures are.

Even so, it remains unclear how the foundation will cover the costs of running the museum, once it does open.

So far, the foundation has been able to rely on corporate and individual donations and selling memorabilia. The annual expense was about $27.8 million last year, including four months of operating the memorial plaza, according to recently audited financial statements.

But the expense is projected to jump to $60 million after the museum opens. The foundation plans to spend around $12 million a year on private security; operating the waterfalls costs another $4.5 million to $5 million annually, the foundation says.

Foundation officials haven't responded to requests for information about other costs at the site.

"Nobody is taking the money and building a hunting lodge for the trustees or having caviar and Champagne every night," Bloomberg said when asked about the operating expenses after an unrelated news conference. "It's a lot of money, but it costs that. Do you want a real budget, or do you want us to lie?"

He said the costs could be covered by donations, by admission tickets to the museum - the price has not been set, but the memorial president has suggested it could be up to $20 - and from federal aid. A proposal for up to $20 million a year in federal money has, so far, hit roadblocks.

Senate sponsors Daniel Inouye, a Hawaii Democrat, and New York Democrats Kirsten Gillibrand and Charles Schumer said through their offices Monday that they continued to press for the money.

"This is hallowed ground, and it deserves to be treated like other national monuments," Schumer said in an emailed statement.

Sen. Tom Coburn, an Oklahoma Republican, has been blocking the measure. And he's not relenting, spokesman John Hart said Monday.

"He believes it is wrong to pay for this by borrowing $200 million from future generations and foreign governments when the federal government is rife with waste and duplication," Hart said.

The Sept. 11 memorial would be more costly to run than some of the other places where the nation remembers its dead - Arlington National Cemetery, which receives 4 million visitors a year, costs $45 million annually, and Gettysburg National Military Park $8.4 million.

But the United States Holocaust Memorial Museum has an $81.2 million budget for this year, about $51 million of it expected in federal money and the rest from private donations and investment income. It has averaged about 1.8 million visitors annually over its 19 years.

Some Sept. 11 victims' family members are, critical of the project's budget. To Jim Riches, a retired fire chief who lost his firefighter son at the trade center, the memorial and museum's projected operating expenses reflect an overblown project that he feels is more tourist attraction than tribute.

"We just want a simple memorial. They want to make this the Metropolitan Museum," he said Monday.

But other victims' relatives see it as the understandable cost of honoring their loved ones in the ambitious spirit that surrounded the rebuilding in its early days.

"For me, as a family member, yes, it's a big number, but you know what? It was the worst attack in our country's history. It reflects well what we as a nation will do, and can do. And I'm OK with it," said Lee Ielpi, also a retired firefighter whose firefighter son died in the attacks. Ielpi is on the memorial foundation's board and runs a visitors' center financed by a separate nonprofit group.