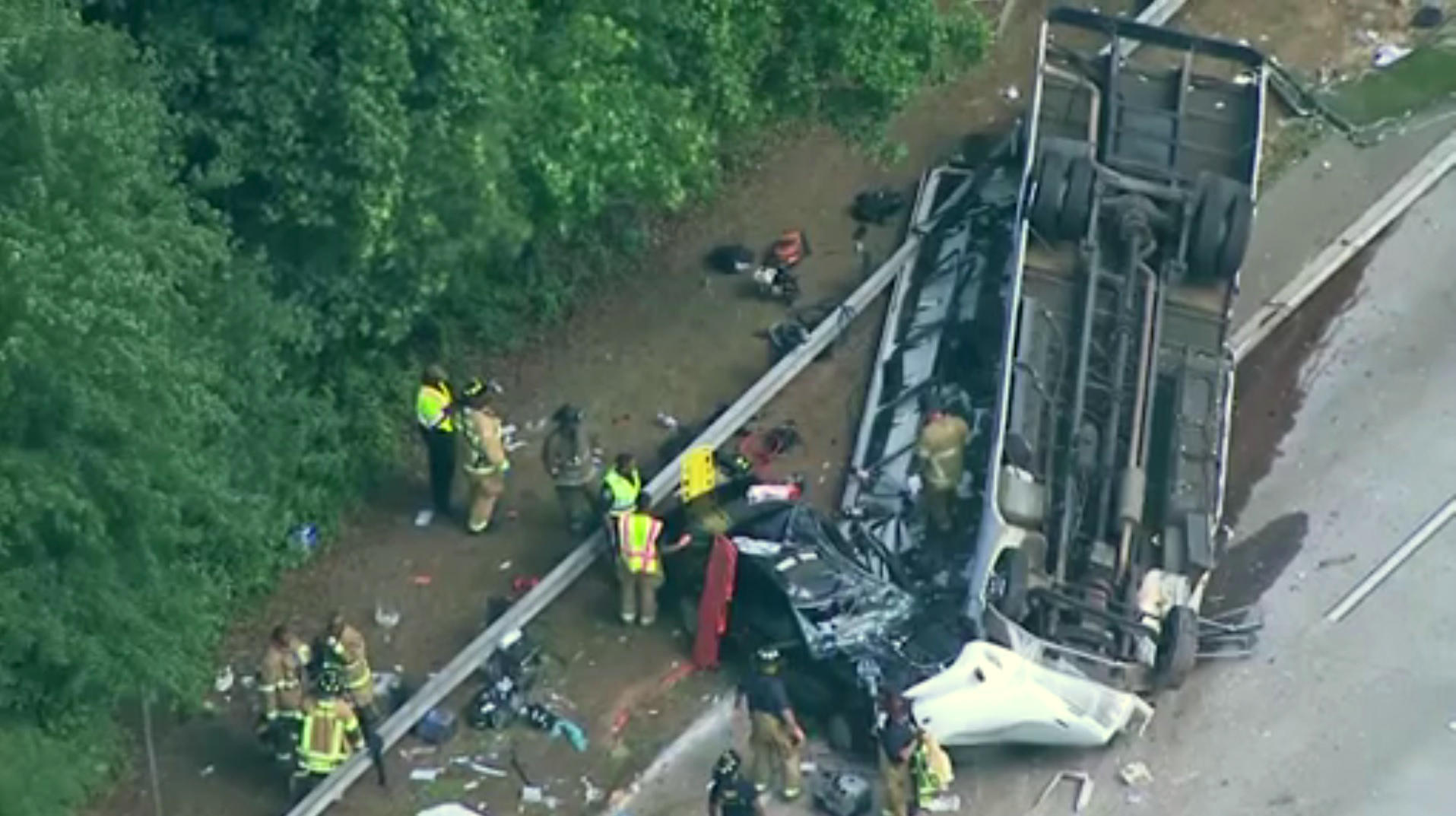 ATLANTA -- A church bus carrying high school students and adults has crashed in the Atlanta area.

A law enforcement source said one person was killed in the crash, CBS affiliate WGCL-TV reports. The victim's identity is being withheld pending family notification.

At least 21 were people were injured, and nine were immediately taken to nearby hospitals, Fulton County Fire Department Chief Larry Few said. Two of the victims were critically injured, The Associated Press reported.

According to Fulton County Police Cpl. Partrena Smith, two people in the car were involved in the crash. Smith did not clarify the extent of their injuries.

Images from the scene showed the bus on top of another vehicle. The parkway where the crash occurred was completely closed and firetrucks and ambulances swarmed the area near Atlanta's airport.

Officials say the bus included a youth group from an Alabama church. The group of high school juniors and seniors were headed to Hartsfield-Jackson Atlanta International Airport for a mission trip to South Africa, according to a spokesperson with Mt. Zion Baptist Church.

The church spokesperson told WGCL-TV that 42 people were on the bus.

Frank Rucker, Finance Administrator at the church, said they are still assessing the situation, according to CBS affiliate WHNT-TV. They are taking calls from the people on the bus to find out more about who is injured.

Madison Baptist Association urged its followers on its Facebook page to be in prayer for the victims.

Meanwhile, Mount Zion Baptist posted to its Facebook page that "churches around Atlanta have opened their homes to us and a Chick-fil-A branch has taken food. Our people are grateful for the outpouring of blessings and love. Please remember us in the weeks to come as we grieve and process this impact to our community. All of your prayers are greatly appreciated."

Madison County Commissioner Phil Vandiver's wife and son were on the bus. He says both are safe.

"We know they're all right, we know we've been blessed," he told reporters outside the church.

Vandiver said he spoke with both shortly after the accident but neither could provide any real details. "He was rather shook," he said of his son. "He just told me him and his mama were fine."

Smith said the National Transportation Safety Board is handling the investigation moving forward.