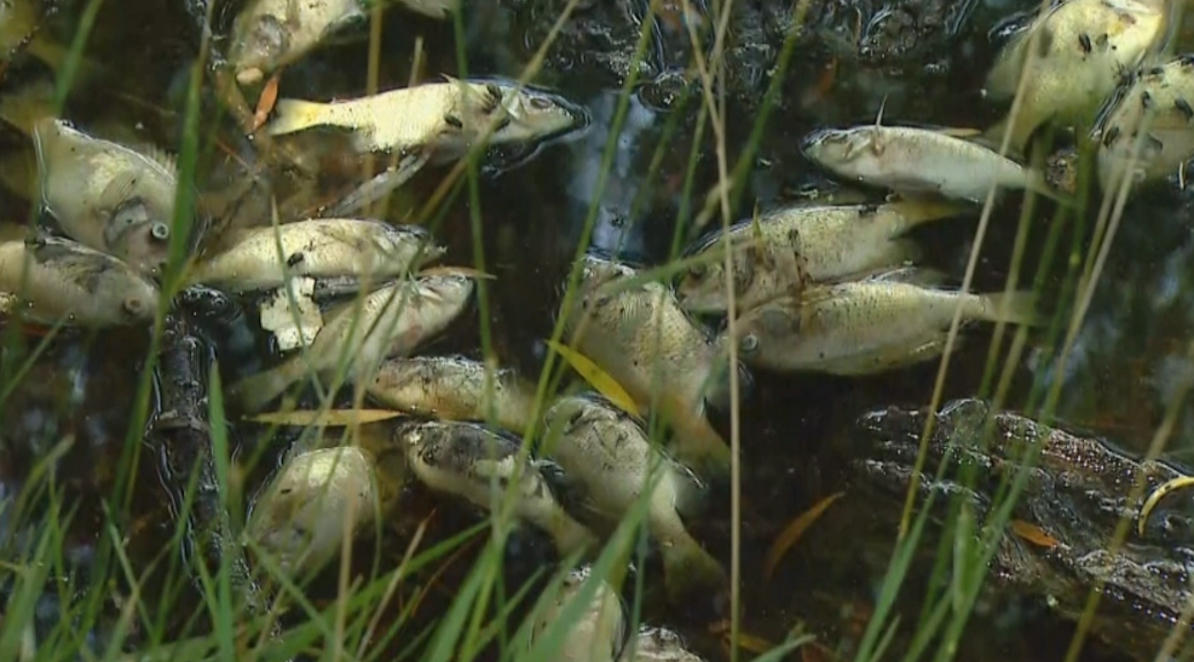 BOULDER, Colo. -- Weather could be to blame for hundreds of dead fish found in a Boulder lake, CBS Denver reports.

The dead fish were spotted floating in Tantra Lake over the weekend, causing confusion and alarm for people living in the area.

"It's pretty strange," said Trevor Pellerite, a resident of the Tantra Lake apartments. "I was just fishing here early last week and it looked to be in order."

Pellerite said he often goes fishing in the man-made lake, but he's now worries that whatever caused the fish to die could affect him and his dog.

"I'm confused and it's pretty scary," he said.

Water quality experts with the City of Boulder took samples from the lake Monday to determine what caused the fish to die. Preliminary tests indicate the deaths could be related to weather.

"The water is 85 degrees, which is above normal," said Steven Chase, Utilities Compliance Specialist with the city's Public Works department.

Boulder Housing Partners, which manages the housing complex, said that its contractor Aquatic Associates is testing the water quality and algae.

As a precaution, management is notifying Tantra Lake residents and advising them to stay away from the lake until the situation is resolved.

"We appreciate everyone's patience while we work to address things it in a safe and efficient manner," said Jeremy Durham, executive director of Boulder Housing Partners.

Colorado Premier Restoration is removing dead fish from the lake.